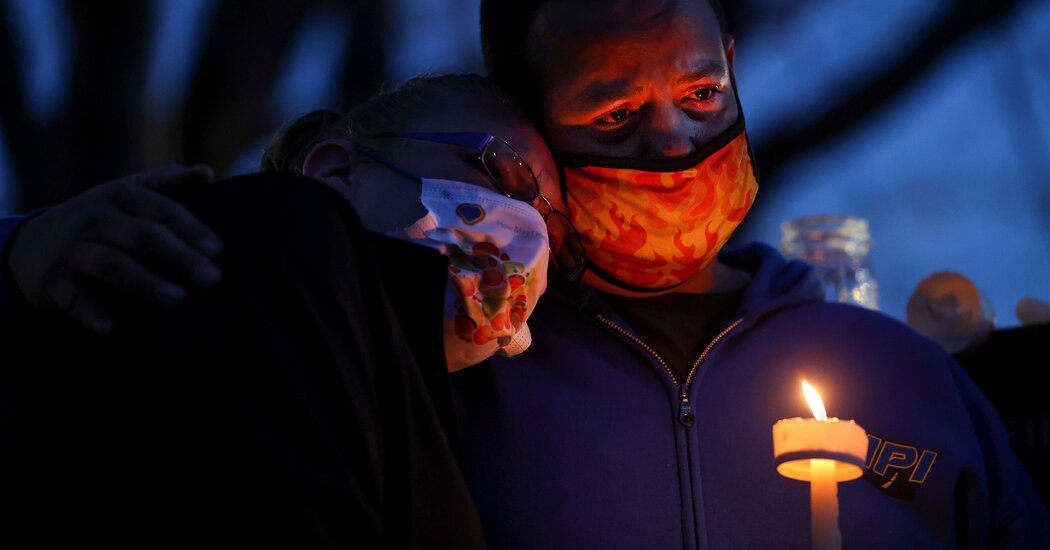 “Ghost guns have taken off, and they’re untraceable,” said Dr. Garen Wintemute, a gun violence expert at the University of California at Davis. Law enforcement agencies recovered about 10,000 ghost guns in 2019, and they account for 30 percent of all firearms taken in gun trafficking investigations in California. Ghost guns have been used in at least three mass shootings in California, Wintemute said.

White nationalists have seized upon the chance to build secret arsenals through ghost guns. Last year, a supporter of the extremist boogaloo movement allegedly used a ghost weapon to kill a law enforcement officer, and the men accused of plotting to kidnap Michigan’s governor, Gretchen Whitmer, also had ghost guns.

A computer-controlled milling machine called the Ghost Gunner 3, the size of a laser printer, makes it even easier to produce ghost guns. It is now available for mail order for $2,120 and can churn out many imitation Glock handguns or AR-15 assault rifles in a day.

“Ghost Gunner 3 allows you to manufacture firearms with confidence and ease, in the privacy of your own home,” the website boasts. For those on a budget, “layaway options available.”

Ghost guns evade the law because the federal government defines firearms so as not to include so-called 80-percenter guns, which are not quite finished but can be quickly turned into a finished weapon. The Ghost Gunner 3 uses 80-percenter units as the base for complete weapons.

If you order a disassembled couch kit from Ikea, you’re still ordering a couch, stated Daniel Webster, a gun policy expert at Johns Hopkins University. The Biden administration should take executive action to redefine a firearm to include kits and 80-percenters.

“This is a huge and important thing to address,” Webster said. “It’s a huge threat.”

We also need universal background checks, red flag laws, curbs on people with violent misdemeanor records acquiring weapons, and more. But given the difficulty of pushing meaningful gun safety legislation through Congress, I understand why Biden is focusing on infrastructure rather than firearms legislation: Significant reforms just won’t get through Congress even as more than 100 Americans die each day from guns.