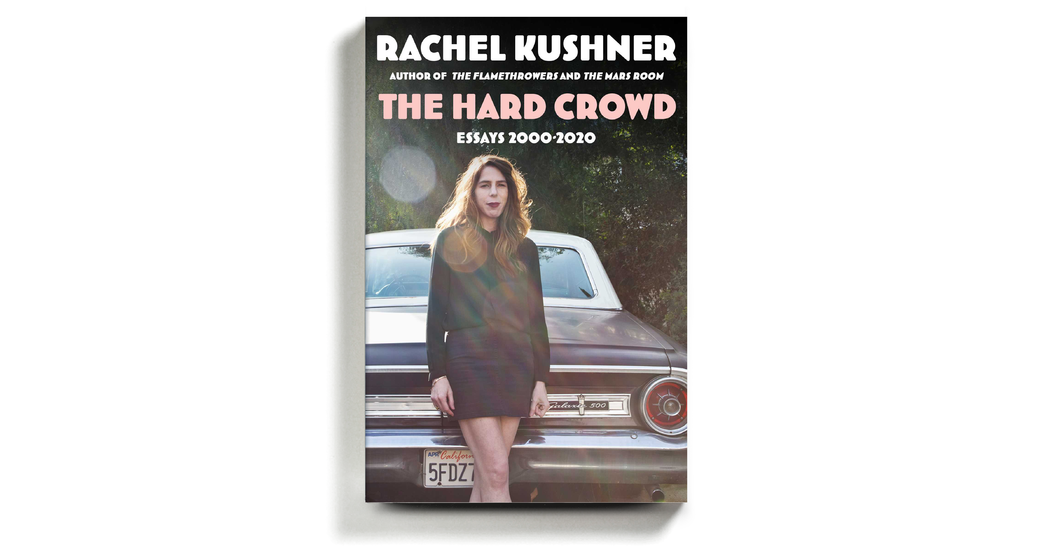 She describes, with typical aphoristic grace, being in that champagne-colored Impala on a long drive, alone, in the late 1990s. She hits a wall of rain, and she writes:

“I’ve had old cars that leak around the windshield; this one did not. It had working heat and A.C., a functioning radio, intact weather stripping, wipers — these things are luxury and civilization in an antique car. It’s chamber music: You feel on top of the world when you’re dry and moving along in a downpour. In a new car, in which everything is plastic and somewhat ugly and works today but will break eventually, there’s no thrill to function.”

This book’s title comes from “White Room,” the Cream song. “At the party,” the lyric goes, “she was kindness in the hard crowd.” It’s a good line, Kushner observes.

The author spends time in hard crowds: with bikers, truckers, tattoo artists, the members of punk bands. This book has a real gallery of souls. One of Kushner’s crucial realizations comes near the end, when she admits that she is, herself, not so hard as she might have thought or wanted.

“Part of my parents’ influence was this bohemian idea that real meaning lay with the most brightly alive people, those who were free to wreck themselves,” she writes. “I admired a lot of these people I’m describing to you. I put them above myself in a hierarchy that is re-established in the fact that I am the one who lived to tell.”

She continues, in as strong a statement about artistic purpose and sensibility as I’ve read in a while:

“I was the weak link, the mind always at some remove: watching myself and other people, absorbing the events of their lives and mine. To be hard is to let things roll off you, to live in the present, to not dwell or worry. And even though I stayed out late, was committed to the end, some part of me had left early. To become a writer is to have left early no matter what time you got home.”