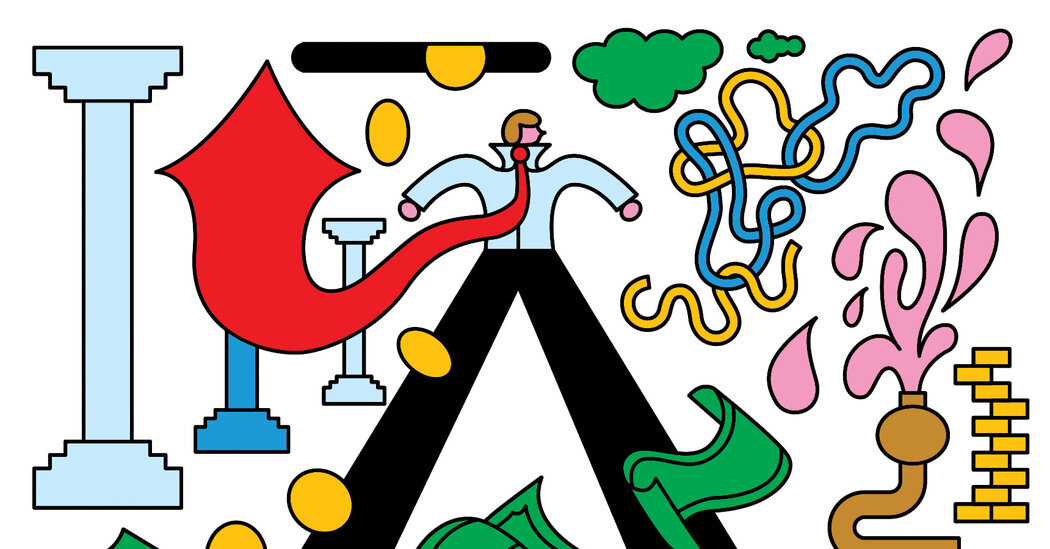 The Biden administration has put forward the biggest, boldest, most expensive expansion of government in at least a half-century. The goals listed are on target and its sweeping ambition is welcome, but the administration’s excessive reliance on government for execution of these goals and its intrusion into the domain of the private sector are worrisome.

Yes, I’m all for government leaning in and becoming part of the solution. And yes, the years of de-prioritizing public investment need to be reversed. We just need to do it more thoughtfully. Here’s my plea to our policymakers: Take the politics and bureaucracy out of these critical initiatives. Embrace private sector solutions when applicable. And use tax incentives more aggressively to drive behavior.

The Biden plan doesn’t just tiptoe around the quagmire of the government picking winners and losers, or what has been termed “industrial policy” — it lurches into it. Hundreds of billions of dollars will be invested by government agencies, whose record of success with direct involvement in the commercial world is, at best, mixed.

A recent case in point: the 2009 American Recovery and Reinvestment Act, which, at $787 billion, was much, much smaller than the more than $4 trillion sum of the two Biden plans put forward thus far. While the 2009 stimulus did put much-needed dollars into the economy without fraud or abuse (as Mr. Biden likes to remind us), it didn’t achieve another of its goals: a swifter transition to clean energy.

Among its failures: Two solar manufacturing plants it helped start shut down. A Jacksonville, Fla., battery plant that President Barack Obama heralded in a 2016 visit, recently laid off many of its workers and shifted its business model. A coal-fired power plant in Texas that was capturing the carbon it was emitting, effectively stopped doing so in 2020.

As a 2015 Congressional Research Service report reviewing stimulus projects further noted, “Solyndra declared bankruptcy in late 2011 and defaulted on its $535 million loan, Abound Solar received about $70 million of its $400 million loan before shuttering its solar panel operation and filing for bankruptcy in 2012, and SoloPower never met the requirements to initiate its $197 million loan guarantee.”

None of this should be too surprising. Going all the way back to the creation of the Synthetic Fuels Corporation in 1980, which I covered as a New York Times correspondent, the federal government’s recurring efforts at directing energy transitions have mostly struggled.

As for transportation, only government can build highways and mass transit, and repair bridges. But here, too, Washington-directed programs sometimes fall spectacularly short. For more than 15 years, the Federal Aviation Administration has been trying to construct a “NextGen” air traffic control system; it’s still trying. By allowing for more-efficient flight routes, upgrading our air traffic infrastructure would do more to reduce oil consumption than most other projects.

No one should want the Biden plan to fall short. But given its vast sweep — I conservatively counted more than five dozen initiatives — the administration should increase its chances of success by leaning more heavily on private models for help and using tax incentives to a greater extent for efficiency.

Lawmakers should consider, for example, moving air traffic control into an independent corporation, as a number of other countries do. (The private aviation lobby, which enjoys the current absurdly low fees it pays to use the system, has helped block this effort.)

As recently as 2009, sustainable investing was in its infancy. Today, dozens of companies have developed this special expertise. Government can improve the returns on its sustainability investments by partnering with the best of these businesses.

For some investment programs that don’t lend themselves to private sector involvement, such as dams, it’s still possible to take responsibility for execution out of the normal governmental process (where the combination of influence peddling and inexperience can be devastating). Instead control could be vested in more independent entities, similar to the Reconstruction Finance Corporation of the Great Depression era, which successfully directed loans to farmers, railroads, schools, state governments and various private companies.

Unfortunately, the Biden administration has often shown disdain for business so far. But during the height of the Great Recession, when I headed President Obama’s auto industry task force — which was essentially removed from politics and staffed largely by private sector refugees — I believe we proved the efficacy of a business-oriented model.

Finally, there’s the tax system. To be fair, the Biden plan does use tax incentives in a number of constructive ways — to spur housing creation, to encourage purchase of electric vehicles and more. But we can go much further. It’s criminal that the 18.4-cent federal gasoline tax hasn’t been raised since 1993, especially with oil prices so low. A tax of $43 per ton on carbon would be roughly equivalent to a 38-cents-per-gallon increase in the price of gasoline, leading motorists to cut back on their driving and opt for public transportation. And the proceeds could be rebated to Americans other than the wealthy via income tax credits.

The simplest, most effective and ultimately least expensive way to address the climate problem would be through a tax on greenhouse gas emissions — a carbon tax. Think about how many inefficient programs, how many thousands of pages of regulations and how much waste could be avoided.