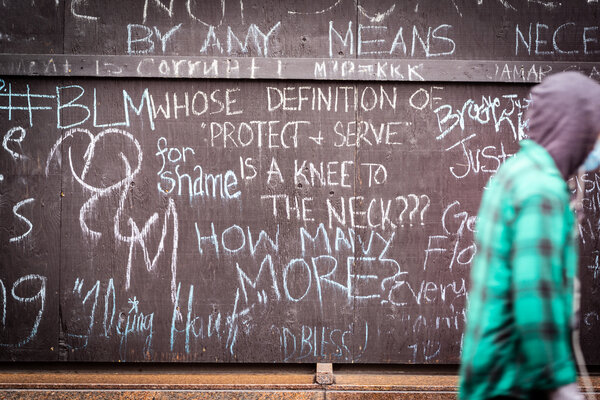 A forensic pathologist testified on Friday that George Floyd had primarily died of low oxygen, also called asphyxia, which she said had been caused by Derek Chauvin and the other police officers who pressed him to the ground.

The testimony from Dr. Lindsey C. Thomas further supported prosecutors’ arguments that Mr. Chauvin, the former Minneapolis police officer who is on trial for murder, killed Mr. Floyd by kneeling on him for more than nine minutes.

Exactly what caused Mr. Floyd’s death last May has become a central issue in the second week of the trial; Mr. Chauvin’s lawyer has suggested that Mr. Floyd could have died from a heart condition or the fentanyl and methamphetamine that were found in his system.

Dr. Thomas, has worked in several medical examiner’s offices over 36 years and said she had performed at least 5,000 autopsies. She also helped to train Dr. Andrew Baker, the current Hennepin County medical examiner who performed the autopsy on Mr. Floyd and who was also scheduled to testify on Friday.

She said she agreed with Dr. Baker’s finding that Mr. Floyd’s death was a homicide and that the cause was “cardiopulmonary arrest complicating law enforcement’s subdual restraint and neck compression.”

That phrase had caused some confusion in the months after it was issued, and Mr. Chauvin’s lawyer, Eric J. Nelson, asked Dr. Thomas on Friday if “complicating” could mean different things to different experts; she agreed. But Dr. Thomas said that in this case, she found it to mean that Mr. Floyd’s heart had stopped because of the police officers’ actions.

“Mr. Floyd was in a position, because of the subdual, restraint and compression, where he was unable to get enough oxygen in to maintain his body functions,” Dr. Thomas testified.

She said that physiological stress could be considered a secondary mechanism of Mr. Floyd’s death, after the primary mechanism of asphyxia, but that both were caused by the police officers who pinned Mr. Floyd to the ground.

Dr. Thomas’s testimony came the day after a lung doctor also said that Mr. Floyd had died of a lack of oxygen caused by Mr. Chauvin’s pressure on his neck and back. Mr. Nelson is expected to call his own experts later in the trial after prosecutors rest their case. Dr. Thomas, like other experts called by prosecutors, rebutted the defense’s argument that drugs could have caused Mr. Floyd’s death.

“There’s no evidence to suggest he would have died that night, except for the interactions with law enforcement,” Dr. Thomas said.

During her testimony, a prosecutor provided autopsy photographs of Mr. Floyd’s body, hands, shoulders and face to jurors, but they were not shown publicly. Dr. Thomas used the photographs to show and describe scrapes on Mr. Floyd’s hands that she said had come from the handcuffs.

In his cross-examination, Mr. Nelson asked her several questions about Mr. Floyd’s heart, which was larger than average, and also asked her about hypothetical situations.

“You find a person at home, no struggle with the police, the person doesn’t have a heart problem,” Mr. Nelson said, laying out a hypothetical situation. “If you find fentanyl and methamphetamine in this person’s system at the levels that they are at, would you certify this as an overdose?”

Dr. Thomas responded: “Again, in the absence of these other realities, yes, I could consider that to be an overdose.”

But Dr. Thomas said the autopsy had ruled out various other causes of death, including a heart attack, and that Dr. Baker’s labeling of the death as a homicide had ruled out an overdose on drugs, which would almost always be described as an accident. Nothing in an autopsy alone would prove that Mr. Floyd had died of low oxygen, she said; for that reason, she said, the videos of Mr. Floyd’s death were vital to her analysis.

“Isn’t that amazing?” Dr. Thomas responded. “When you consider that virtually every forensic pathologist in the United States has probably had an officer-involved death like this, how did they — it utterly baffles me — which is why I kept saying ‘Canada,’ because I don’t know what’s different, but —”

At that point, Mr. Nelson objected and Dr. Thomas was cut off.