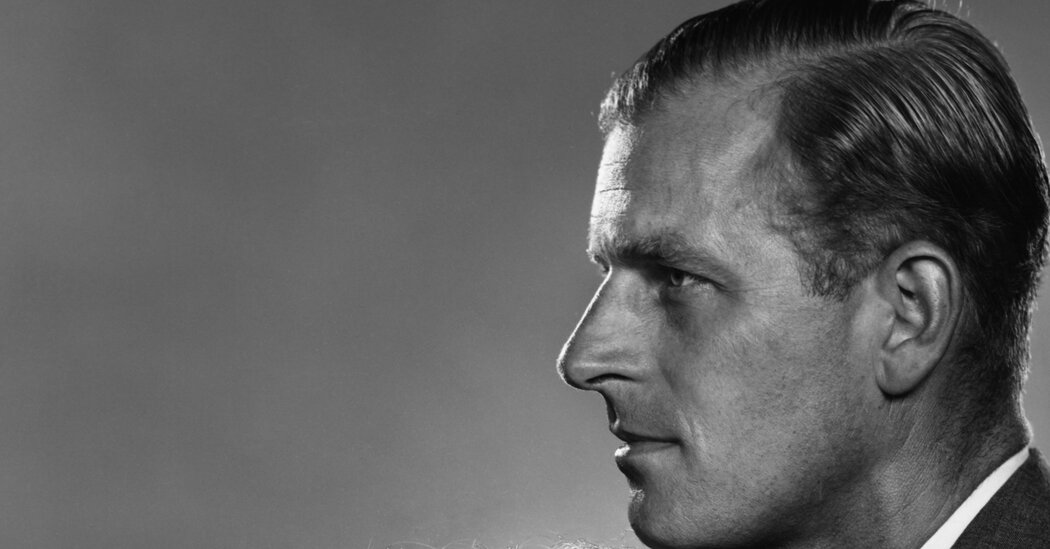 In 1953, in the rustling, ermined silence of the coronation of Queen Elizabeth II at Westminster Abbey, the 31-year-old Philip Mountbatten, Duke of Edinburgh, removed his own coronet, knelt at the feet of the young woman he wed six years before, and swore an oath of allegiance. “I, Philip, Duke of Edinburgh, do become your liege man of life and limb and of earthly worship … so help me God.”

That Philip kept that oath for the next 68 years is a miracle not only of the modern monarchy but also of modern matrimony.

It wasn’t easy to assume a role in which he would always walk two paces behind his wife. Philip was the unsettling definition of a full-on alpha male: devastatingly handsome, vigorously self-assured, impatient with fools — and not just fools. When he leaned from his considerable height and bore down on a recalcitrant fact or factotum, it could be a shriveling experience for whoever had got it wrong.

“The queen must have understood from the beginning that this was a very, very strong character with a ramrod straight backbone, and he wasn’t going to be buggered about,” Sir Nicholas Soames, a friend of Prince Charles, told me.

This was no contrived union, like the disastrous marriage of Charles and Diana. It was a love match from the start. The queen had been crazy about him since 1939, when she was 13 and Prince Philip of Greece and Denmark, an 18-year-old Navy officer cadet, squired her around the Royal Naval College at Dartmouth.

In time, he fell in love with her, he told her in a 1946 letter quoted in Philip Eade’s biography, “completely and unreservedly.” When he proposed to her seven years later at Balmoral, neither her father, the king, nor the queen mother thought he was a safe bet. Philip may have been related to half the crowned heads of Europe, but his family had been booted into exile, and he was the penniless prince of nowhere.

From infancy, the trilingual Philip bounced among his European relatives. While at Gordonstoun, the spartan Scottish boarding school to which he was dispatched, he had no idea where he would be spending his school holidays. He signed the visitor’s book at country houses with the descriptor “of no fixed abode.”

The shy, observant Princess Elizabeth was undaunted. She saw in Philip the unflinching character who would be what she would call on their 50th anniversary “my strength and stay all these years.” The two were bonded by a sense of duty and a desire to serve that was framed by the war.

“His generation equated service to country as service to values he believed in,” Jamie Lowther-Pinkerton, a former private secretary to Princes William and Harry, said. Philip’s rootless royal past reinforced a conviction that the monarchy’s survival is built on and bounded by a commitment to duty.

Coddled by deference, Elizabeth trusted Philip’s subversive impatience. Surrounded by excruciating formality, she could always depend on him to make her laugh. His gift to her was the shared secret that the formalities were both utterly absurd and absolutely necessary. “She knew she would always get an honest answer from him,” Alastair Bruce, the governor of Edinburgh Castle and a documentarian, told me.

In return, she provided Philip with an emotional safe place his childhood lacked. Though his eye was rumored to rove, his devotion to the queen cannot be questioned. He completed more than 22,000 royal engagements on his own and accompanied the queen on all of her overseas tours. (“Don’t jostle the queen!” he would sometimes bark if the press got too close.)

He made comments that ranged from impolitic (“Your country is one of the most notorious centers of trading in endangered species,” he told his affronted hosts when accepting a conservation award in Thailand in 1991) to offensive (“Do you still throw spears at each other?” he asked Aboriginal elders on a trip with the queen to Australia in 2002). But the queen’s poker face in public was no guide to how she might have dryly chided him in private.

The marriage succeeded on strategy as much as love. The queen’s marital challenge was how to harness her husband’s prodigious energies in the service of the crown. The key to that was to avoid making him feel unmanned. There was a difficult passage in the early years, when he learned that his children would take the dynastic Windsor name, not his own. And there were few models then for how to build a marriage in which the balance of power was so entirely weighted toward a wife, unless you count Queen Victoria and Prince Albert.

With her customary quiet savviness, the queen found sly ways to manage her husband while she got on with weighty matters of state. She put him in charge of all the royal estates and houses, which he oversaw — as the queen mother put it sourly — like a “German junker,” and she deputed to him the big family decisions.

Elizabeth encouraged activities that made Philip feel autonomous: flying, polo, carriage driving. He drove a four-horse carriage around Windsor Great Park at the age of 97. He had a passion for technology. In more recent years, I am told, he extolled the joys of his Kindle until, disgusted by all the direct marketing of books he didn’t want to read, he threw it in the bath.

Philip was determined not to insert himself into the queen’s constitutional realm. Instead, he threw himself into a blizzard of nearly 800 charity chairmanships. His passion for conservation was ahead of the environmental curve.

In 2017, at the age of 95, Philip announced he was retiring from royal duties. At a cozy farmhouse on the Sandringham estate he read voraciously and painted watercolors. His withdrawal left a void for the Palace as well as for the queen. There are many there who believe that the lack of his decisive presence at the center of the action is a key reason the Windsor family began again to go up in flames — first Prince Andrew’s imbroglio with sex offender Jeffrey Epstein and then the explosive revelations from Harry and Meghan in exile. But it’s hard to imagine that even Philip, the family enforcer, could have quenched this inferno.

For the queen, England’s traumatic ordeal with Covid brought an unexpected blessing. She was able to spend a year locked down at Windsor and Balmoral with the love of her life. In public, they permitted themselves no displays of affection, but in private, Mr. Bruce told me, they had a wonderful teasing intimacy. “They play off each other the way two people who love each other do, in a way that makes their inner sanctum very trusting,” he said.

In his decades as her consort, Philip continued to seek ways to redefine the relevance of a modern monarchy and support her while carving out a hyperactive commitment to causes and interests of his own. Yet he never forgot his bond of duty. When he finally realized he was running out of steam, the queen’s frail liege lord of life and limb formally asked the monarch if she would release him from her service.

Gently, and with love, she let him go.