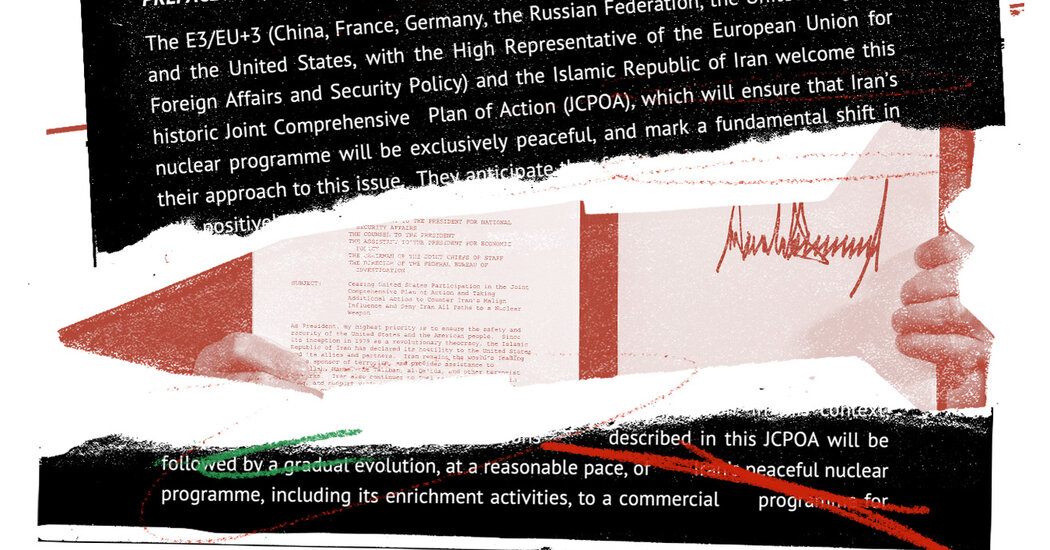 The situation is also untenable in other ways. Sanctions on Iranian banks and European and Asian institutions that do business with Iran were originally intended to produce enough short-term pain to force negotiations. Leaving them in place indefinitely risks driving the entire economy of Iran, a sophisticated country of more than 80 million people, onto the black market. It will empower the most hard-line and criminal elements in the country, including the Revolutionary Guards Corps. It will make fools of moderates, including President Hassan Rouhani, who spent political capital on forging a deal with the United States and wants to see it back on track before he leaves office in August.

Treasury Secretary Jacob Lew warned in 2016 that overuse of financial sanctions could backfire badly. If other countries tire of the U.S. threat to punish banks and businesses around the world that do business with Iran, they could begin to seek alternatives to the U.S. financial system. Not only will U.S. sanctions lose their power, but the centrality of American banks and the dollar’s status as the world’s dominant reserve currency could also begin to erode.

We’re starting to see glimpses of what can happen if sanctions remain for too long. China’s recent announcement of a plan to invest $400 billion in Iran’s oil, gas and transportation infrastructure in exchange for oil is a sign that China and Russia won’t abide by such onerous restrictions forever.

Most of all, the status quo is unsustainable because of the toll sanctions are taking on ordinary Iranians. While authoritarian governments tend to find ways around sanctions, normal people suffer. That was a lesson from Iraq in the mid-1990s, when more than half a million Iraqi children died of malnutrition because of sanctions that failed to curb Saddam Hussein’s power. Today, Iranians are dying from lack of insulin and other drugs — deaths that the Iranian regime attributes to the United States. Although there are humanitarian exceptions to sanctions for the sale of food and medicine to Iran, the widespread use of sanctions against Iranian banks has complicated procurement efforts. Iran has also faced huge difficulties in paying for coronavirus vaccine because its foreign currency is frozen in banks overseas. It is not in anyone’s interests to have Iran remain a coronavirus incubator.

Yet hope springs eternal for hawks, like former Secretary of State Mike Pompeo, who insist that the sanction-driven misery will miraculously cause the Iranian people to one day rise up, throw off the theocracy and embrace the West. But uprisings in Libya, Syria and elsewhere have shown the folly of rose-colored fantasies. While the Iranian people deserve a government that is more humane and democratic, there is no guarantee that it will happen, or that whatever comes after this regime will be any better.

Other countries in the Middle East have valid concerns about Iran’s support for Shiite militias in the region and the proliferation of ballistic missiles technology. Some nations argue that the Trump-era sanctions should be left in place to starve Iran of cash that can be used for such mischief-making. But starvation hasn’t worked thus far. It has made Iran an even more belligerent neighbor.

If the nuclear program can be brought under control peacefully, a regional coalition could address Iran’s role in the region. Leverage abounds: Even if Mr. Biden rolls back the Trump-era sanctions, a vast majority of U.S. sanctions will be left in place, leaving economic leverage that can be used to strike follow-on agreements.