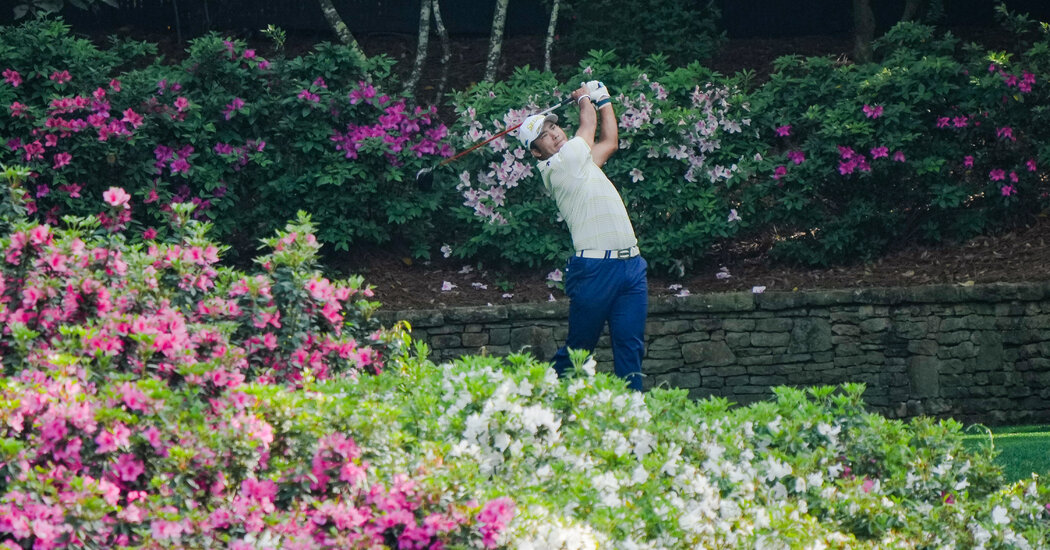 TOKYO — Hideki Matsuyama has never been a fan of the spotlight. Even as he rose to become Japan’s most successful male golfer, he did his best to avoid the attention lavished on the every move of other Japanese athletes who have shined on the global stage.

But with his win on Sunday at the Masters in Augusta, Ga., the glare will now be inescapable. His victory, the first by a Japanese man in one of golf’s major championships, is the fulfillment of a long-held ambition for the country, and it guarantees that he will be feted as a national hero, with the adoration and scrutiny that follows.

Japan is a nation of avid golfers, and the game’s status as the sport of choice for the Western business and political elite has given it a special resonance. Success in sports has long been a critical gauge of the country’s global standing, with the United States and Europe often the standard by which Japan measures itself.

“We have always dreamed of winning the Masters,” said Andy Yamanaka, secretary-general of the Japan Golf Association. “It’s a very moving moment for all of us. I think a lot of people cried when he finished.”

Those tears reflect, in part, an island nation that sees itself as smaller and less powerful than other major countries, even though it is the world’s third largest economy. That means athletes who represent it globally are often burdened with expectations and pressures that transcend the field of play.

The country’s news media has followed the exploits of its athletes abroad with an intensity that some have found unnerving. When the baseball star Ichiro Suzuki joined the Seattle Mariners, Japanese news organizations set up bureaus in the city devoted exclusively to covering him. Television stations here broadcast seemingly obscure major league games just in case a Japanese player appears. Even modest scoring performances by a Japanese N.B.A. player can trigger headlines.

Golf is no exception. Even during low-stakes tournaments, a gaggle of Japanese reporters often trail Matsuyama, 29, a degree of attention that the media-shy golfer seems to have found overwhelming.

At Augusta, the pressure — at least from the news media — was blessedly low. Covid-19 restrictions had kept attendance by journalists to a minimum, and Japan’s press turned out in small numbers. After finishing Saturday’s third round with a four-stroke lead, Matsuyama admitted to reporters that “with fewer media, it’s been a lot less stressful for me.”

His victory was a major breakthrough for a country that has the world’s second largest number of golf players and courses. The game is a ubiquitous presence throughout the nation, with the tall green nets of driving ranges marking the skyline of virtually every suburb. In 2019, the P.G.A. added its first official tournament in Japan.

In the century since the game was introduced to Japan by foreign merchants, the country has produced a number of top-flight players, like Masashi Ozaki and Isao Aoki. But until now, only two had won major tournaments, both women: Hisako Higuchi at the 1977 L.P.G.A. Championship and Hinako Shibuno at the 2019 Women’s British Open.

Matsuyama’s Masters victory was the crowning achievement of a journey that began at the age of 4 in his hometown, Matsuyama — no relation — on Japan’s southern island of Shikoku. His father, an amateur golfer who now runs a practice range, introduced him to the game.

He excelled at the sport as a teenager, and by 2011, he was the highest-placed amateur at the Masters. By 2017, he had won six P.G.A. tour events and was ranked No. 2 in the world, the highest ever for a Japanese male golfer.

In recent years, however, he seemed to have hit a slump, haunted by an uneven short game and a tendency to buckle under pressure, squandering commanding leads on the back nine’s putting greens.

Through it all, Matsuyama has led a private existence focused on golf, while other athletes have racked up media appearances and corporate endorsements. He has earned praise for a work ethic that has sometimes led him to cap off a major tournament appearance with hours of work on his swing.

He seems to have no hobbies or any interest in acquiring them. In 2017, he surprised the news media when he announced that his wife had given birth to the couple’s first child. Few even knew that he was married. No one had ever asked, he explained.

With his victory at Augusta, the expectations on Matsuyama will increase dramatically. Media attention is likely to reach a fever pitch in the coming weeks, and endorsement offers will flood in.

Although golf has dipped in popularity in Japan in recent years, sports analysts are already speculating that Matsuyama’s win could help fuel a resurgence in the game, which has had renewed interest as a pandemic-friendly sport that makes it easy to maintain a healthy social distance. The Tokyo Olympics this summer will also focus attention on the game.

Munehiko Harada, president of Osaka University of Sport and Health Sciences and an expert on sports marketing, said he hoped that Matsuyama would use his victory to engage in more golf diplomacy, and that it would ameliorate the anti-Asian rhetoric and violence that have flared during the pandemic.

“It would be great if the victory of Mr. Matsuyama would ease negative feelings toward Asians in the United States and create a kind of a momentum to respect each other,” he said, adding that he hoped President Biden would invite the golfer to the White House before a scheduled meeting with the Japanese prime minister, Yoshihide Suga, this week.

In remarks to the news media, Suga praised Matsuyama’s performance, saying it “gave courage to and deeply moved people throughout Japan.”

The pressure is already on for Matsuyama to notch another victory for the nation.

“I don’t know his next goal, maybe win another major or achieve a grand slam, but for the Japan Golf Association, getting a gold medal at the Olympics would be wonderful news,” Yamanaka, the association’s secretary-general, said.

News reports have speculated that Matsuyama will be drafted to light the Olympic caldron at the Games’ opening ceremony in July.

Asked about the possibility at a news conference following his victory, Matsuyama demurred. Before he could commit to anything, he said, he would have to check his schedule.