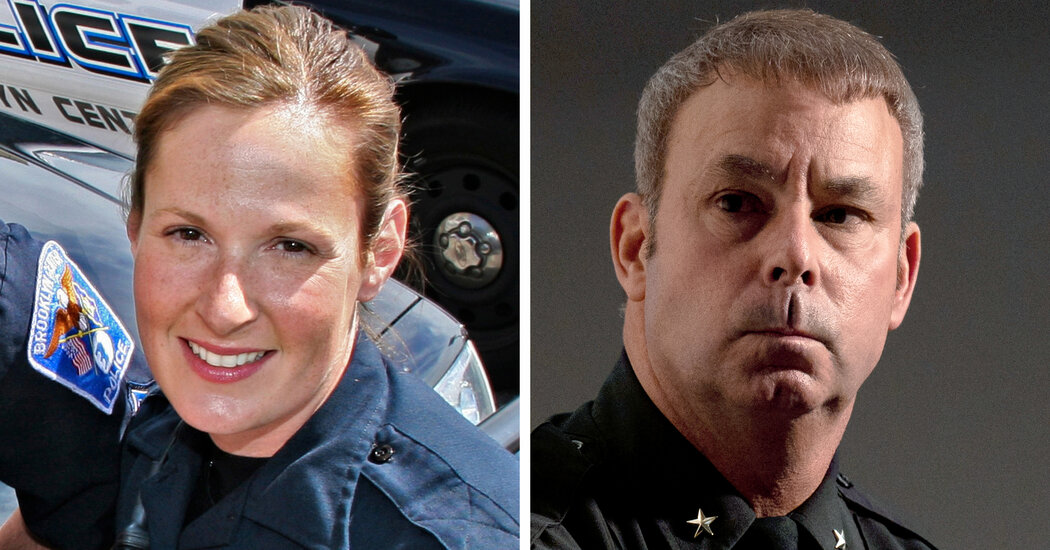 Kim Potter, the police officer in Brooklyn Center, Minn., who fatally shot Daunte Wright on Sunday, has resigned from the Police Department, her union said in a statement on Tuesday.

The city’s police chief, Tim Gannon, also announced that he was departing.

In a letter that Ms. Potter sent to city officials on Tuesday, she said she was resigning immediately, the union said.

“I have loved every minute of being a police officer and serving this community to the best of my ability, but I believe it is in the best interest of the community, the department and my fellow officers if I resign immediately,” she wrote.

Ms. Potter, 48, had been an officer with the Brooklyn Center Police Department for 26 years. She was first licensed as a police officer in Minnesota in 1995, and graduated from Saint Mary’s College in Winona, Minn., in 1994 with a criminal justice major, school officials said.

Until her resignation, she had been placed on administrative leave within the department after shooting and killing Mr. Wright, 20. In a news conference on Monday, Chief Gannon said he believed from watching Ms. Potter’s body camera video that she was attempting to use a Taser on Mr. Wright and pulled her firearm instead, killing him.