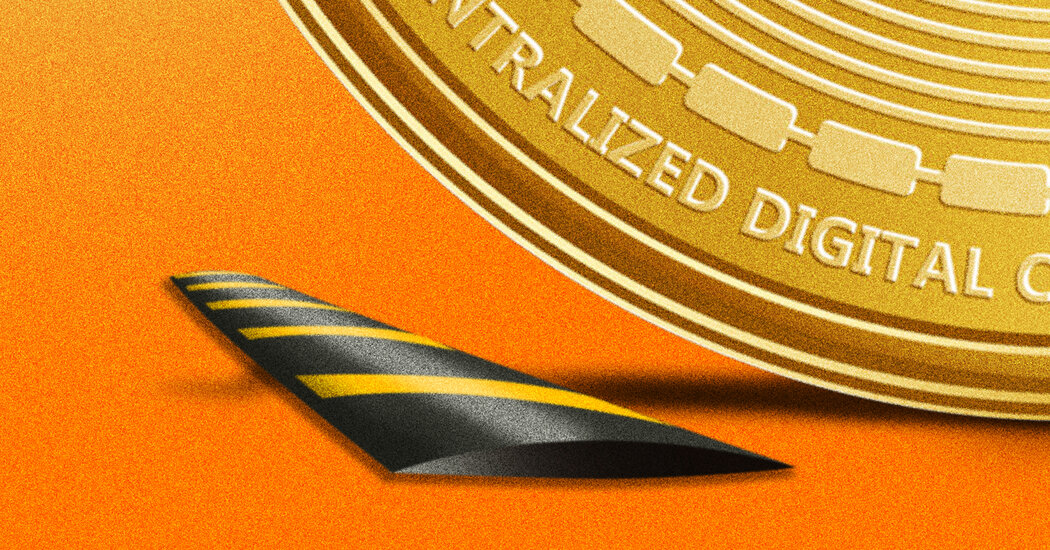 Since last fall, cryptocurrencies — digital tokens that represent monetary value, stored on completely decentralized networks of public digital ledgers — have boomed. It’s led to a bullish frenzy among those who see them as a generational wealth-creation opportunity or view themselves as the eventual survivors of an inflation-driven collapse of traditional currencies like the U.S. dollar.

But since the introduction of Bitcoin in 2009, cryptocurrencies have been a source of consternation for big institutional investors and government regulators. They worry that cryptocurrencies could interfere with central banks’ monetary policy and invite money laundering, ransomware and scams. But cryptocurrencies appear to be here to stay: In a sign of major investors’ increasing comfort with the “crypto” ecosystem, Coinbase Inc., the largest U.S. cryptocurrency exchange, currently valued at $68 billion, will go public with a direct listing on the Nasdaq stock index on Wednesday.

Opponents of regulatory action warn that more explicit rules for cryptocurrency markets are bound to depress trading activity because they will spook investors. That, as they see it, is both an unfair way to treat a new, innovative financial asset and a futile effort, because trading activity will simply shift to more permissive jurisdictions. Cryptocurrency skeptics, in turn, cheered when senior officials in both the Trump and Biden administrations made negative statements about Bitcoin, believing their remarks would cut down on rampant speculation in a heavily manipulated market.

Some of our most consequential public policy debates concern how regulators should address new technologies. Gene editing, artificial intelligence and derivatives in high finance have all recently taken turns in the harsh spotlight. Now, it seems, it’s cryptocurrency’s turn.

In his Senate confirmation hearing a few weeks ago, Gary Gensler, President Biden’s nominee to head the Securities and Exchange Commission and a central participant in the debate over regulating derivatives during the 2008 global financial crisis, tried to stake out a middle ground on cryptocurrencies, promising lawmakers “guidance and clarity.” The price of Bitcoin — the most valuable cryptocurrency — promptly fell 3 percent. Market commentators attributed the drop to Mr. Gensler’s emphasis on tackling fraud in cryptocurrency markets. After all, according to conventional wisdom, when regulators speak, markets almost always react.

Or do they? Our peer-reviewed empirical analysis for a forthcoming article in the Journal of Financial Regulation, based on multiyear global data sets of cryptocurrency exchange activity and regulatory actions, found no evidence that regulatory announcements affect crypto trading volume. Similarly, most regulatory events — even major ones — had no significant effect on prices.

Those findings shocked us. Crypto enthusiasts assert that limited regulation encourages trading on domestic exchanges and thus attracts development activity around a promising frontier technology, while unfavorable regulations will cause trading to move offshore. But that wasn’t the case in multiple countries, including the United States, that are home to large and active cryptocurrency exchanges.

It didn’t matter when regulators announced that cryptocurrencies would not be treated as securities — ostensibly good news for issuers and exchanges worried about compliance obligations and investors concerned about capital-gains taxes. Nor did it matter if rules were designed to clamp down on fraud, money laundering or other illegal activities, which might impose serious compliance costs on exchanges and encourage skittish traders to take their business elsewhere. Despite concern from some in finance that strong regulations would dampen enthusiasm for crypto or push trading to more laissez-faire countries, we found few hints of price movement around regulatory events and no evidence of capital flight.

Anecdotal evidence supports our finding that regulation has less impact than market participants think. In February, cryptocurrency promoters applauded when the New York Attorney General’s Office ended its investigation of Tether, a service that some claim illegally pumps cryptocurrency markets by skirting bank regulations and creating artificial demand for Bitcoin. They predicted an upswing once the threat of shutting down Tether — a key vehicle for transferring wealth from dollars to Bitcoin — was removed. Instead, shortly after the inquiry ended, Bitcoin’s price dropped 10 percent. We have no idea why — which is the point: Investors come up with stories all the time to explain market behavior, but teasing out causation requires careful analysis.

The lack of evidence that regulatory activities affect trading volume is good news for cryptocurrencies and other emerging financial technologies. Investors can spend more time on fundamentals and less time reading regulatory tea leaves. Regulators can worry less about spooking markets and undermining innovation, which seemed to be a factor in the S.E.C.’s slow response to the initial speculative bubble in cryptocurrency in 2017.

In all but the most extreme cases — like China’s ban on cryptocurrency exchanges — these concerns over government encroachment are overblown, if not illusory. Instead, regulators can focus more, as Mr. Gensler did in his testimony, on core public policy objectives. The Biden administration and other governments shouldn’t fear that pursuing bad actors and setting clear rules for cryptocurrencies will drive trading overseas.

The idea that regulation chills activity in innovative new markets is intuitive, but not necessarily accurate. Sometimes the opposite is true, because clear rules promote market trust. Look no further than Coinbase, which is poised to become the most valuable cryptocurrency exchange in the world, even though it operates in the United States, a country with significant regulatory hurdles. Our findings show officials that concerns about the effects of their pronouncements on trading markets should not get in the way of needed regulations.

Hard choices remain about how policymakers can support the legitimate aspects of cryptocurrency and financial technology markets while reining in their excesses and abuses. Several federal agencies and departments will be considering significant cryptocurrency regulatory actions in the coming months. Those decisions should be made on the merits — not assumptions about market reactions.

The authors are professors of legal studies and business ethics at the Wharton School of the University of Pennsylvania.