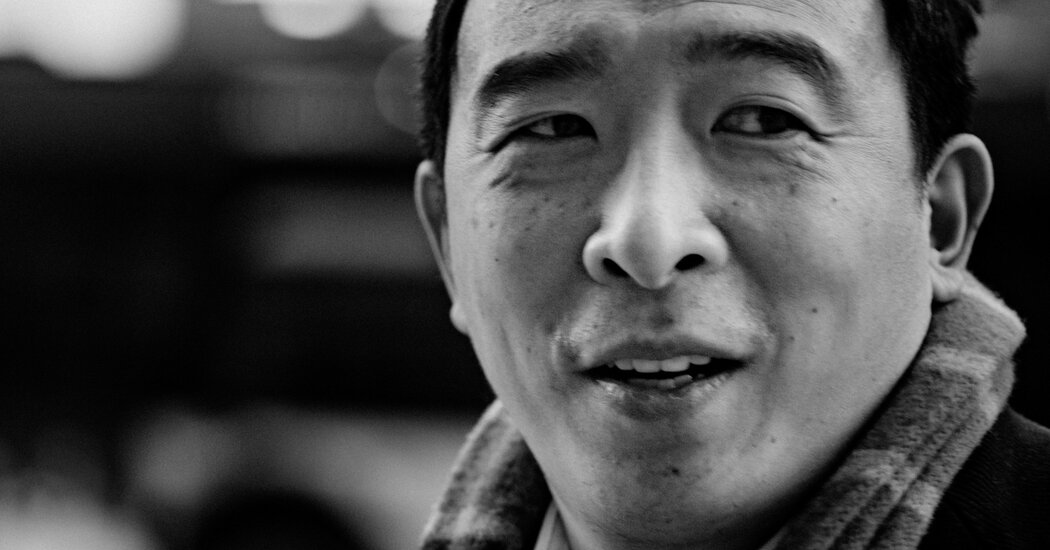 Will Andrew Yang, the current front-runner, become New York City’s next mayor? If he wins, would he be any good at the job? I have no idea, although I’m skeptical about the latter.

My guess is that the mayoral office needs an effective political brawler, not an intellectual, and Yang, who has never held office, owes his prominence largely to his reputation as a thought leader, someone with big ideas about economics and policy.

What I do know is that Yang’s big ideas are demonstrably wrong. Shouldn’t that be cause for concern?

Yang’s claim to fame is his argument that we’re facing social and economic crises because rapid automation is destroying good jobs and that the solution is universal basic income — a monthly check of $1,000 to every American adult. Many people find that argument persuasive, and one can imagine a world in which both Yang’s diagnosis and his prescription would be right.

But that’s not the world we’re living in now, and there’s little indication that it’s where we’re going any time soon.

Let’s do a fact check: Are we actually experiencing rapid automation — that is, a rapid reduction in the number of workers it takes to produce a given amount of stuff? That would imply a rapid rise in the amount of stuff produced by each worker still employed — that is, rapidly rising productivity.

But that’s not what we’re seeing. In fact, the lead article in the current issue of the Monthly Labor Review, published by the Bureau of Labor Statistics, is an attempt to understand the productivity slowdown — the historically low growth in productivity since 2005. This slowdown has been especially pronounced in manufacturing, which has seen hardly any productivity rise over the past decade.

I made similar points back in 2019, eliciting a furious response from Yang, who decried “incomplete statistics” and declared that “I’ve done the math.” But if he had done the math, he didn’t share it with the rest of us; all he offered were anecdotes. Yes, at any given time there are always some workers being displaced by technology. The question is whether this is happening faster now than in the past. The numbers say that it isn’t.

For what it’s worth, my guess is that Yang started preaching the dangers of automation without ever having looked at economic data; it was a story too good to check.

But even if we don’t think Yang is right about the problem, what about his solution? Is his universal basic income proposal a good idea?

No, it isn’t. It’s both too expensive to be sustainable without a very large tax increase and inadequate for Americans who really need help. I’ve done the math.

First, we really would be talking about a lot of money. The recently enacted American Rescue Plan gave most adults a one-time $1,400 payment, at a cost of $411 billion. These payments make some sense given the lingering economic effects of the pandemic, although other components of the plan, especially enhanced unemployment benefits, are playing a more crucial role in limiting financial misery.

But the Yang proposal to pay $12,000 a year would cost more than eight times as much every year — well over $3 trillion a year, in perpetuity. Even if you aren’t much worried about either debt or inflationary overheating right now (which I’m not), you have to think that sustained spending at that rate would both cause problems and conflict with other priorities, from infrastructure to child care.

Yet these payments would also be grossly inadequate for Americans who actually did lose their jobs, whether to automation or something else. The median full-time worker in the United States currently earns about $1,000 per week.

Now, one can imagine a world in which Yangism would be right. If robots actually were taking all the good jobs and inducing a huge shift of income from labor to capital, it might make sense to offer big universal payments, financed with big new taxes on wealth and capital income. But we’re not currently in that world.

Where, then, is all this hype about robots and other forms of automation coming from? Part of the answer is that it sounds sophisticated and forward-looking, especially if you’re a tech guy. But it’s also, as I argued in that 2019 article, a form of centrist escapism.

The real story of inequality and wage stagnation in America has a lot to do with the decline of unions and workers’ loss of bargaining power; but some commentators are uncomfortable talking about power relations and would rather blame technology.

You could argue that none of this is particularly relevant to running New York City, and in a direct sense that’s clearly right. But if Yang does become mayor, it will be because voters have a vague sense that he’s a man with deep insights proposing smart progressive policies. Unfortunately, that’s not who he is.