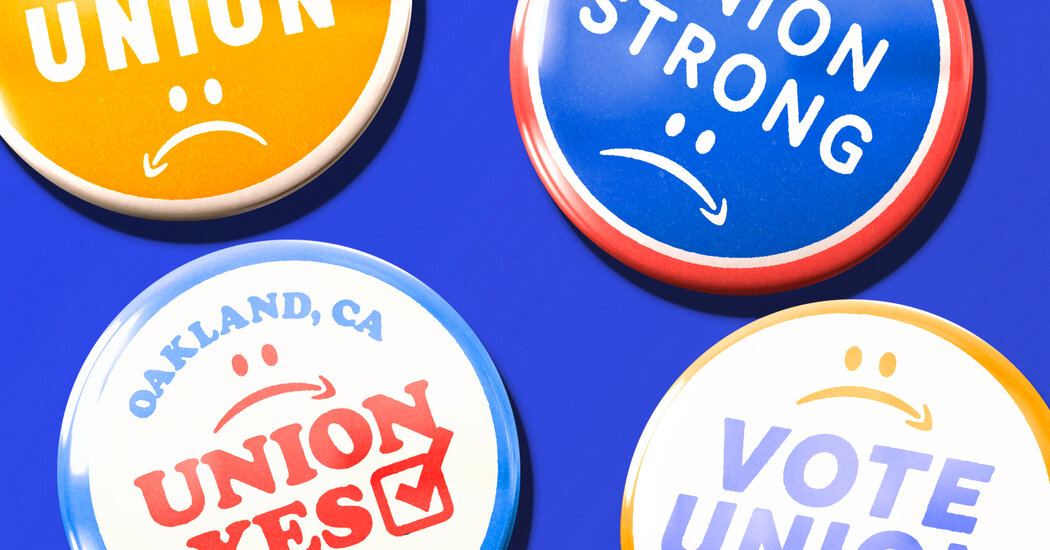 Labor activists had great hopes for the attempt to organize the Amazon warehouse in Bessemer, Ala., and the effort by the Retail, Wholesale and Department Store Union attracted national attention.

President Biden released a video in support of the right of workers to join a union without company interference. As far as I know, no previous president — not even Franklin Delano Roosevelt or Harry Truman — made such a direct statement about a specific union campaign. Other high-profile supporters of the union — from Senator Bernie Sanders to the Rev. Dr. William J. Barber II — appeared at rallies in Bessemer.

But the union lost the election — and in a rout. Some critics claimed it did not do the proper legwork to gain worker support. The lack of a union culture in Alabama meant few workers had experience with one. (And only roughly half the eligible workers voted.)

But the biggest barrier for the union — as it is in nearly every private sector union campaign in the country — is that the system of labor law and regulations created in the New Deal no longer functions effectively. Corporate manipulation of the labor law regime has so strongly tilted the playing field in favor of companies that winning a private sector union election has become nearly impossible.

Amazon pulled out the same playbook that employers have used since the 1980s: hire an expensive anti-union law firm, shower employees with anti-union literature, force them to sit through anti-union meetings and bombard them with messages about union dues. This is all perfectly legal under a labor-law regime captured by corporations.

The structure of American labor law dates to the 1930s, when the Great Depression created a surge of worker militancy. After decades of government allying with employers to crush unions, even using the military to break strikes, the Roosevelt administration made the federal government a neutral party that would require employers to accept a union if workers voted to have one.

So it’s been 83 years since we passed comprehensive labor law that helped workers win power. In that time, employers have managed to take control over the union election process. A highly partisan National Labor Relations Board swings wildly in its decisions, making it impossible to carry out labor policy in a consistent way. Union after union has nearly given up on the expensive and time-consuming process of organizing single workplaces.

Even had the union won the vote, Amazon would likely have slowed the process of contract negotiations to a crawl, which can delay an agreement; many companies are able to defeat the union during this process. Winning a first contract now requires a union campaign as intensive as the initial vote.

We may be in a period where economic justice concerns are more central to our politics than any time since the mid-20th century. But without a new round of labor law reform, organized labor cannot succeed.

This problem has a very clear solution. The Protecting the Right to Organize Act has become a top priority for Democrats who recognize the importance of unions to their coalition.

It would make many of Amazon’s tactics in Bessemer illegal. The PRO Act would bar mandatory anti-union meetings and other forms of employer interference. Employees could cast their ballot outside of the workplace. It would allow newly formed union locals to go to mediation to get their first contract.

It would also effectively overturn right-to-work laws that allow employees to opt out of a union, giving the union the right to collect dues from nonmembers. Perhaps most important, it establishes financial penalties for companies who violate the law.

The PRO Act passed the House with near unanimity from Democrats as well as support from a few Republicans. However, the reality of the filibuster means there is almost no chance the PRO Act passes the Senate. So long as Republicans unite in opposition — which, despite anti-corporate rhetorical gestures from the likes of Mitch McConnell, they almost certainly will — it will never come to a vote. Unless moderate Democrats agree to eliminate or reform the filibuster, they are as responsible for this era of corporate domination over workers as their Republican colleagues.

The union movement needs to organize for the economy of 2021, not 1950. Amazon, Google, Walmart and Target are this generation’s Ford, General Motors and U.S. Steel. Winning a union in the auto and steel industries was nearly impossible without the government leveling the playing field.

The PRO Act would once again place unions and employers on a more equal standing. As Amazon’s campaign to defeat a union demonstrates, the new law would help provide a path out of the economic inequality that helps define contemporary America.

Erik Loomis (@ErikLoomis) is a history professor at the University of Rhode Island and the author of “A History of America in Ten Strikes.”