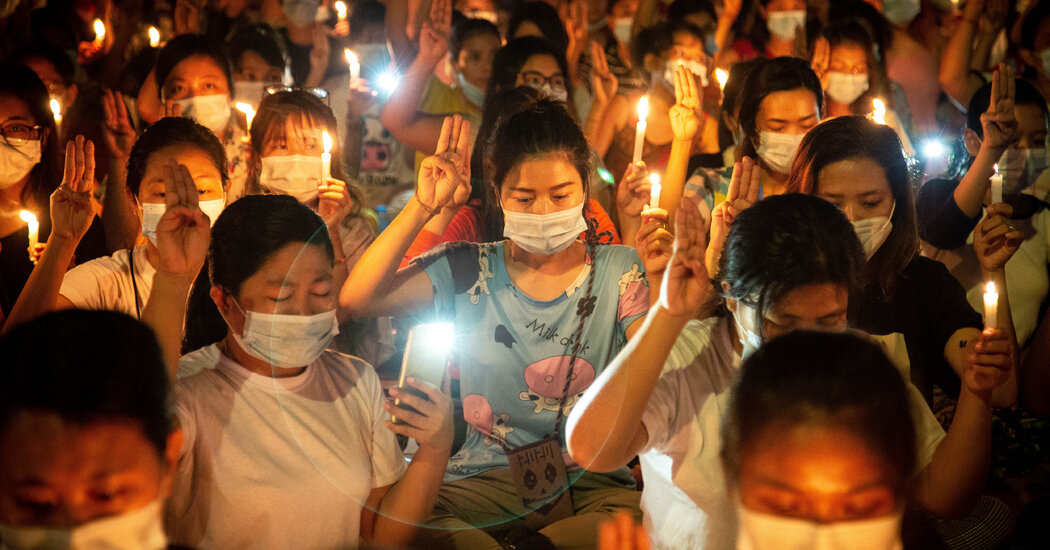 We, the C.R.P.H., alongside many people in Myanmar, are fighting back against the Tatmadaw by preventing it from consolidating power while trying to establish a unified governing authority. We seek direct help from the international community to accomplish these goals.

The Tatmadaw has outlawed the C.R.P.H., and so we work in hiding, cooperating with the civil disobedience movement that is leading the protests and the strikes, as well as ethnic political organizations, political parties and civil society groups.

We support the strikes by civil servants and private-sector workers, which are paralyzing government functions and economic activity, robbing the Tatmadaw of resources. But these measures are a hardship for many ordinary people, and to assist them, the C.R.P.H. and local communities have created committees to ensure the provision of water and food, electricity, public safety and health services.

On March 31, the C.R.P.H. announced the repeal of the 2008 Constitution, which was drafted by a previous junta, and proposed a Federal Democracy Charter, a road map for building a new federal democratic union of Myanmar — with a military subject to civilian oversight and greater representation for ethnic minority groups.

The document lays out a plan for setting up transitional institutions, particularly an interim government of national unity. Its drafting was the collective effort of the C.R.P.H., various ethnic groups, political parties, civil society organizations and leaders of the civil disobedience movement. It represents an unprecedented show of unity behind a vision for a new Myanmar.

We ask governments, particularly among our neighbors, to formally recognize the C.R.P.H. and its current government as Myanmar’s only legitimate governing authority and to provide us with financial and technical assistance.

The people of Myanmar are ready to take great risks and pay a great price for their rights and freedom. We ask the international community to support them, with coordinated political, financial and security measures.