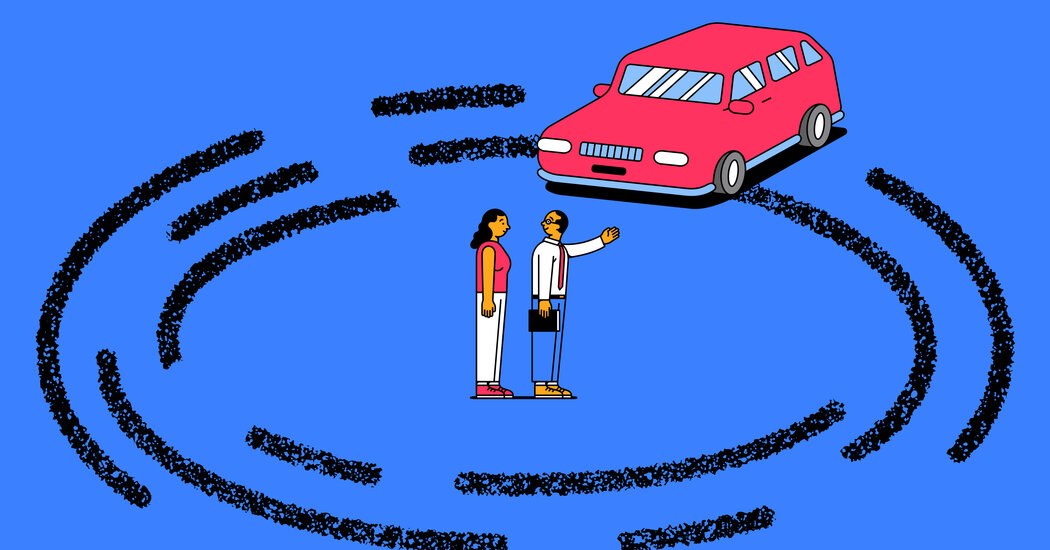 That has driven up the average purchase price of a new vehicle to about $40,000.

Inventories of luxury cars are the lowest as buyers have pounced, while run-of-the mill sedans are relatively plentiful, said Ms. Krebs at Cox.

So if new cars are too expensive, you can just buy a used car, right?

Yes, but deals may be elusive there as well. Fewer people bought new cars last year, so fewer used cars were traded in. And the short supply of new cars is pushing more buyers to consider used cars, raising those prices, analysts say. The average price paid for a used car is well above $20,000, Edmunds says.

On the plus side, if you have a car to trade in, its value is probably higher, especially if it’s a popular model. The average value for trade-ins, including leased cars turned in early, was about $17,000 in March, up from about $14,000 a year earlier, according to Edmunds. The average age of trade-ins was five and a half years.

Various online services, like Kelly Blue Book, TrueCar and Carvana, will supply a trade-in estimate based on your location and your car’s age, mileage and general condition, and offer more tailored appraisals if you provide details like the vehicle identification number. Some even offer to buy your car outright.

If you trade in your car at a dealership, be sure to negotiate the price of your new purchase before you discuss the value of your trade, Consumer Reports advises.

And when you buy a used car, it’s important to have it inspected by an independent mechanic, to spot any potential problems. If a dealer balks at letting you do that, it may be best to shop elsewhere, Mr. Barry said.