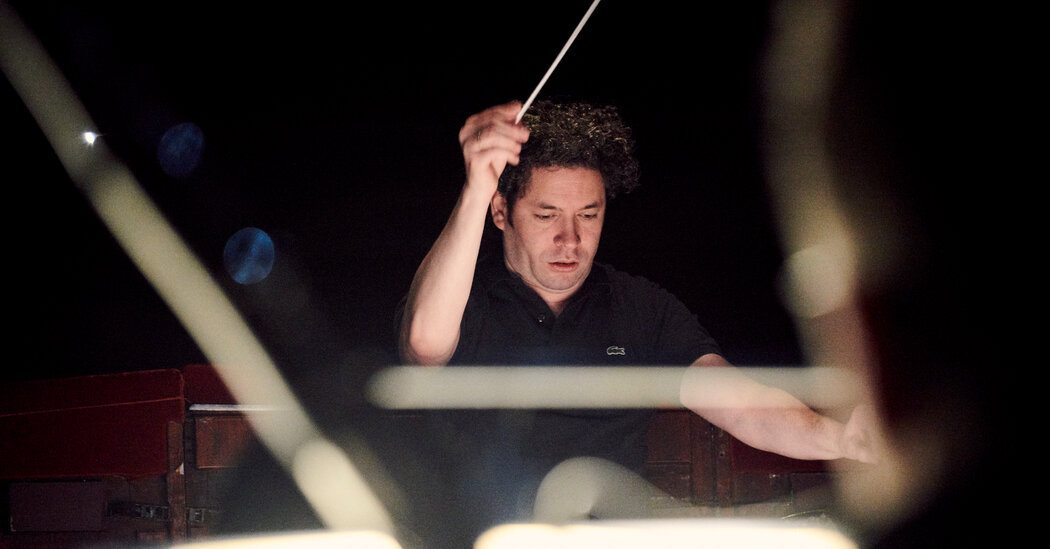 Historically, European opera houses were the traditional training grounds for young conductors of all kinds. Before being entrusted with leading performances, aspiring conductors would start off coaching singers at the piano, rehearsing the chorus and assisting senior conductors. (This was the path taken by Dudamel’s predecessor in Paris, Philippe Jordan, 46, who has moved to the Vienna State Opera.)

Direct work with singers was, and remains, crucial. If all instrumentalists to some degree imitate the human voice, conductors in opera gain a special feeling for the art of shaping a long lyrical line: They learn to breathe with singers, to anticipate the melodic pace and flow of fine vocalists. Yet they must also guide, and almost rein in, those singers, lest their lines slacken with too much expression. This sensitivity develops with long practice. Opera also compels young conductors to hone their skills as musical traffic cops, coordinating singers and choristers (often spread far apart onstage) and the players in the pit.

The traditional path of learning the conducting profession through opera was exemplified by Gustav Mahler, who in his youth worked in opera houses in Prague, Leipzig and Hamburg, then rose to become the director of the Vienna State Opera and, briefly, a principal conductor at the Met. During this period, he also led major orchestras, including the New York Philharmonic from 1909 until his death in 1911. Even if he was best known for his visionary symphonies and never wrote an opera, Mahler did most of his conducting in opera houses.

Toscanini spent the first half of his long career immersed in opera, working tirelessly in Italian houses. By today’s standards he would be considered a new-music specialist, since he led many premieres, including “La Bohème” in 1896, the year he conducted his first symphonic concert. In 1898 he became the principal conductor of the Teatro alla Scala in Milan, and left to take the chief position at the Met in 1908 before returning to La Scala. Then, in 1928, he became the music director of the New York Philharmonic, and never ran another opera house. In 1937 NBC created the NBC Symphony, an orchestra of top-rank players, for him, and its broadcasts gained a huge following (including for an influential series of opera performances).

George Szell is so well known for his long tenure as music director of the Cleveland Orchestra (1946-70) that it’s sometimes forgotten that he spent a great deal of his early professional life in opera. This includes what became the Berlin State Opera, where the young Szell was mentored by Richard Strauss; Szell eventually become principal conductor there. During the 1940s, Szell conducted regularly at the Met, including two acclaimed “Ring” cycles. Then, in 1950, Rudolf Bing, who disliked Szell, took charge at the company, and Szell’s last performance there was in 1954. No matter: He was by then ensconced in Cleveland and never looked back.