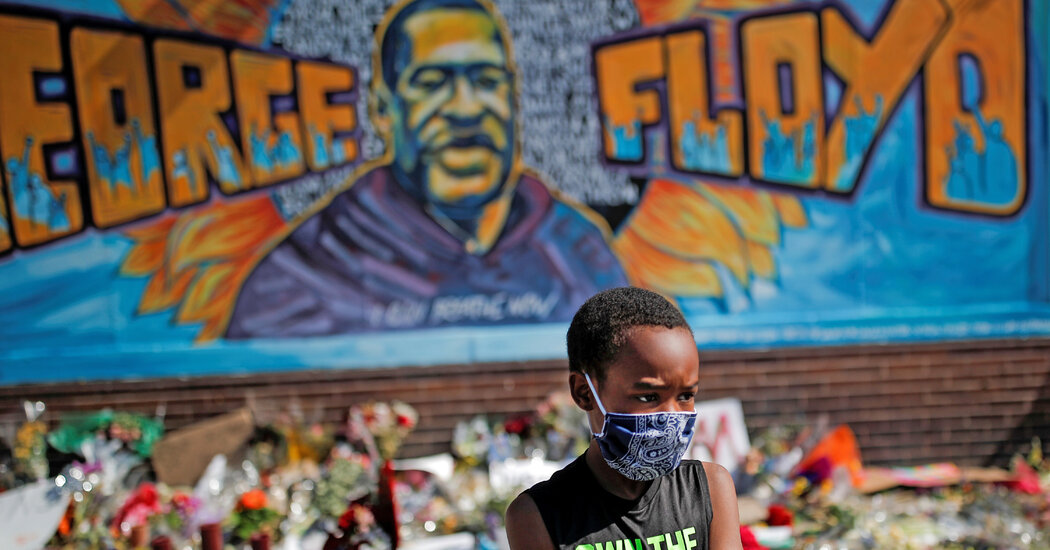 Cheering a jury verdict that results in a former police officer being led from the courtroom in handcuffs feels wrong; this is a moment that should generate deep sadness in our hearts and minds. This is no time for dancing in the streets. Our heads are lowered in shame because somewhere along the line a public servant who promised to protect and serve lost his way and went rogue.

Darnella Frazier’s role in the Chauvin convictions cannot be overstated. She had the presence of mind to shoot the video that was all the evidence anyone needed to know this cop committed murder. Without the video, I can’t imagine Derek Chauvin would have been convicted. Thank God there is a measure of justice for George Floyd.

Re “Explaining the Chauvin Verdict to My Kids,” by Esau McCaulley (Op-Ed, April 21):

Dr. McCaulley’s heartfelt and profound essay on how to tell his son and his students the truths about our imperfect and often evil world, in order to inspire them to fight against those injustices, lists several vital ways to do so: “They can plan, organize, protest and march.”

But he left out another vital tool: They can vote. The more engaged and justice-seeking youth who vote, the more likely we will finally have local, state and federal governments enacting racially just laws. This includes voting out of office those officials who either pretend there are no such problems or, worse, who perpetuate and aggravate the injustices by their own bigotry.

I hate to sound naïve, but why do officers have to shoot to kill?

While we were awaiting the verdict in the George Floyd case, a teenager was fatally shot while brandishing a knife. Surely the officers could have subdued her without using lethal force.