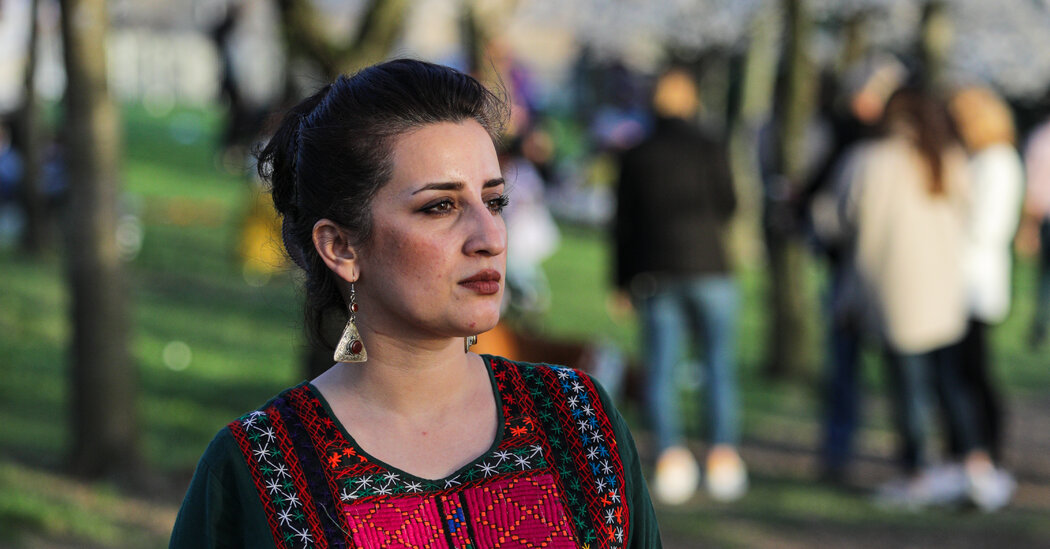 As men continue to bicker over the future and control of Afghanistan, I have already lost my home and my country. I worked in Kabul as a television journalist for 12 years, and finally left in November after threats to my life.

I know how the Taliban plan to shape the future of my country, and their vision of my country has no space for me.

For what turned out to be one of my last assignments, I traveled from Kabul to Doha, Qatar, in October to report on the negotiations between the Afghan government and the Taliban. Like many Afghans, I was somewhat hopeful that the talks might help end the long, pitiless war in our country.

In Doha, I had the opportunity to interview members of the Taliban negotiating team at the conference hall where the talks were being held. The experience reinforced my sense that postwar Afghanistan, dominated by the Taliban, was bound to be a bleak place for Afghan women.

The incident that crystallized that dreadful feeling was my interview with Sohail Shaheen, the spokesman for the Taliban. I approached Mr. Shaheen for an interview in a room full of people. Like many young women in Kabul, I do not wear a head scarf. He couldn’t hide his disdain at my presence and set about to ignore me. I didn’t budge. I refused to be invisible and continued pointing my phone camera at him while asking my questions.

Afghan women live with a sense of being invisible. In our workplaces or in meetings like this one, our voices go unheard, our existence barely registered. Our presence in any public space is celebrated as gender equality in and outside Afghanistan, but all we experience in daily life is inequality and discrimination. It filled me with rage.

My encounter with Mr. Shaheen filled me with terror. When he finally answered one of my questions, his eyes moved in every direction but mine: He examined the walls, the carpet on the floor, the chairs, the door. He couldn’t look at me, even while I stood in front of him. It was as if he saw me as an embodiment of sin and evil. I felt unsafe, even in a room full of people, thousands of miles away from Afghanistan.

The Taliban’s notions of religion, politics and governance are based on a combination of a very orthodox interpretation of Islam, Shariah law and tribal values. The “Emirate” they established in Afghanistan in the 1990s, which they are now seeking to establish again, barred women and girls from most jobs and forbade us to continue our education at schools and colleges, turning us into prisoners in our homes.

The Taliban see their Islamic government as duty bound to safeguard Muslim society from corruption and moral decadence, which they blame on the presence of women in public spaces, including universities and offices. They want to reduce us to bearing children.

The wars that men started and fought in Afghanistan have disproportionately devastated the lives of women. Yet the compositions of the peace delegations from Afghanistan reveal that women are barely considered as worthy of having a say. It is this knowledge and the memory of the Taliban rule in the 1990s that make me fear for the future of Afghan women.

My pessimism proved correct. On Nov. 9, a few weeks after I returned to Kabul from Doha, I received a call informing me that my name was on “the hit list.” Several journalists and rights activists had been assassinated in October. Some more were killed in November.

In November, gunmen attacked Kabul University and killed at least 21 students; it was not clear who was responsible. Fear and confusion took over Kabul. All we could be certain of is that the killings of journalists and civil society activists were deliberate and organized.

The Afghan authorities are not competent to investigate and prove culpability, the Taliban have denied they are responsible for these killings, and no one knows whether “the hit list” really exists or who created it. Yet the Taliban’s enmity toward the media is no secret. In 2016, the Taliban threatened to kill Afghan journalists if they continued their “unfair coverage” of the group. They carried out their threat and killed seven journalists working for Tolo TV.

The Taliban have a long history of using assassinations to heighten the sense of insecurity among the people. The inability of the Afghan government and security forces to stop such attacks exposes their failures.

The Taliban have come close to achieving their goals through the use of force and military supremacy. After the United States concluded it couldn’t win the war in Afghanistan, even after two decades of fighting the Taliban, it entered into negotiations with them last year. That decision offered the Taliban greater legitimacy than they had ever enjoyed.

The rights and status of Afghan women, their access to education and employment, and the creation of a relatively free media have become symbols of what is possible in Afghanistan. With the United States and its allies changing the goal posts, those freedoms are now imperiled.

I believe an important factor in changing American calculations regarding Afghanistan was also the failure of governance and the widespread corruption in the Afghan government, its institutions and the broader Kabul elite. Afghans need to be introspective about our own failures. We need to talk about how to avoid yet more violence and to protect the rights and dignity of all Afghan citizens, men and women.

I am now in the United States. I am safe but longing for my home, wondering about the future of my country and my family. I can’t shake off the despair and the sense that Afghanistan has been abandoned by the world. We might lose most of what we have gained in the past two decades if the Taliban return to power. The future looks bleak, but Afghanistan can’t afford to stop trying to find a better way to move forward.