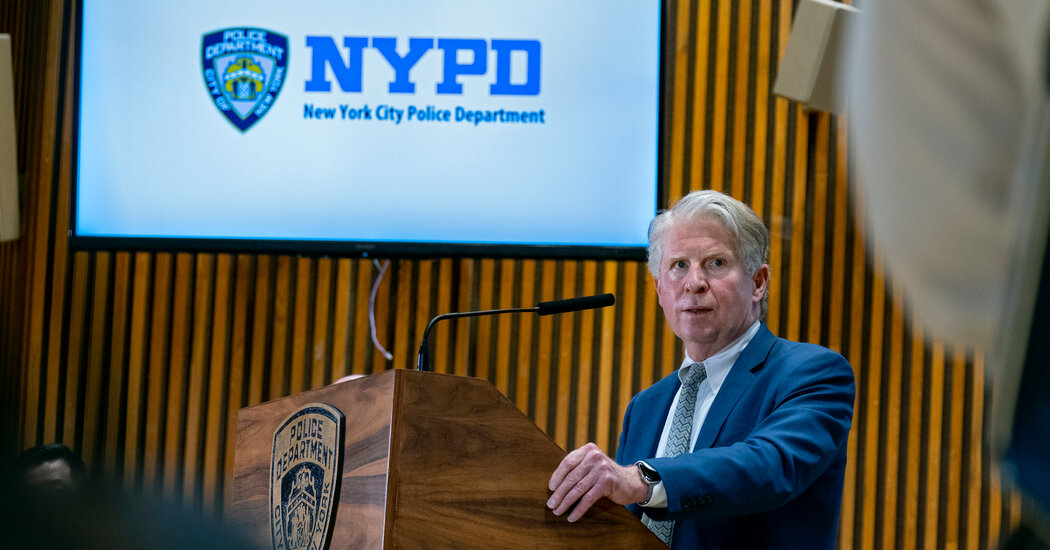 The Manhattan district attorney’s office announced Wednesday that it would no longer prosecute prostitution and unlicensed massage, putting the weight of one of the most high-profile law enforcement offices in the United States behind the growing movement to change the criminal justice system’s approach to sex work.

The district attorney, Cyrus R. Vance Jr., asked a judge on Wednesday morning to dismiss 914 open cases involving prostitution and unlicensed massage, along with 5,080 cases in which the charge was loitering for the purposes of prostitution.

The law that made the latter charge a crime, which had become known as the “walking while trans” law, was repealed by New York State in February.

The announcement represents a substantive shift in the Manhattan district attorney’s approach to prostitution. Many of the cases Mr. Vance moved to dismiss dated to the 1970s and 1980s, when New York waged a war against prostitution in an effort to clean up its image as a center of iniquity and vice.

“Over the last decade we’ve learned from those with lived experience, and from our own experience on the ground: Criminally prosecuting prostitution does not make us safer, and too often, achieves the opposite result by further marginalizing vulnerable New Yorkers,” Mr. Vance said in a statement.

The office will continue to prosecute other crimes related to prostitution, including patronizing sex workers, promoting prostitution and sex trafficking, and said that its policy would not stop it from bringing other charges that stem from prostitution-related arrests.

That means, in effect, that the office will continue to prosecute pimps and sex traffickers, as well as people who pay for sex, continuing to fight those who exploit or otherwise profit from prostitution without punishing the people who for decades have borne the brunt of law enforcement’s attention.

Manhattan will join Baltimore, Philadelphia and other jurisdictions that have declined to prosecute sex workers. Brooklyn also does not prosecute people arrested for prostitution, but instead refers them to social services before they are compelled to appear in court — unless the district attorney’s office there is unable to reach them.

Prosecutions for sex work had already been dropping drastically over the past decade, said Abigail Swenstein, a staff attorney with the Legal Aid Society’s Exploitation Intervention Project, with occasional spikes, such as one during 2014 when the Super Bowl was held at MetLife Stadium, just outside the city.

She added that the vast majority of her clients over the last two years had been women arrested in massage parlors.

Ms. Swenstein said that Mr. Vance’s move would likely “have reverberations for sex workers and trafficking survivors well outside of New York City,” and that it would make them feel “less stigmatized.” She commended the district attorney for having formulated the policy after talking to sex workers and others with relevant experience.

Sex workers have been fighting for decriminalization for decades. But the 2019 formation of Decrim NY, a coalition of organizations that support full decriminalization and have worked to lobby lawmakers, represented a turning point for the movement.

“The communities hit hardest by the continued criminalization of sex work and human trafficking are overwhelmingly L.G.B.T.Q., they are people of color, and they are undocumented immigrants,” Ms. McCray said at the time. “Sex work is a means of survival for many in these marginalized groups.”

Declining to prosecute prostitution and other related crimes has also been a focus of the candidates to replace Mr. Vance, who announced in March that he would not run for re-election. The majority have said that they would halt the prosecutions if elected.

Eliza Orlins, a candidate for the office and a former public defender, has been particularly vocal, releasing a comprehensive policy paper on the subject in which she said that she would fight to make it legal in New York to buy and sell consensual sex. Whether to prosecute those who patronize prostitutes has been a subject of consistent debate among feminist organizations.

In an interview on Wednesday, Ms. Orlins said that she was happy to see the shift, but that it had taken too long and that, in continuing to prosecute those who patronize sex workers, the office had not gone far enough.

“Am I glad that someone in a position as powerful as the Manhattan district attorney’s office is finally speaking out and saying that we shouldn’t be prosecuting people for engaging in their jobs? Of course I’m glad,” she said. “But do I think that he deserves to be held out as heroic by the movement when he has not done enough and acted quickly enough? No.”