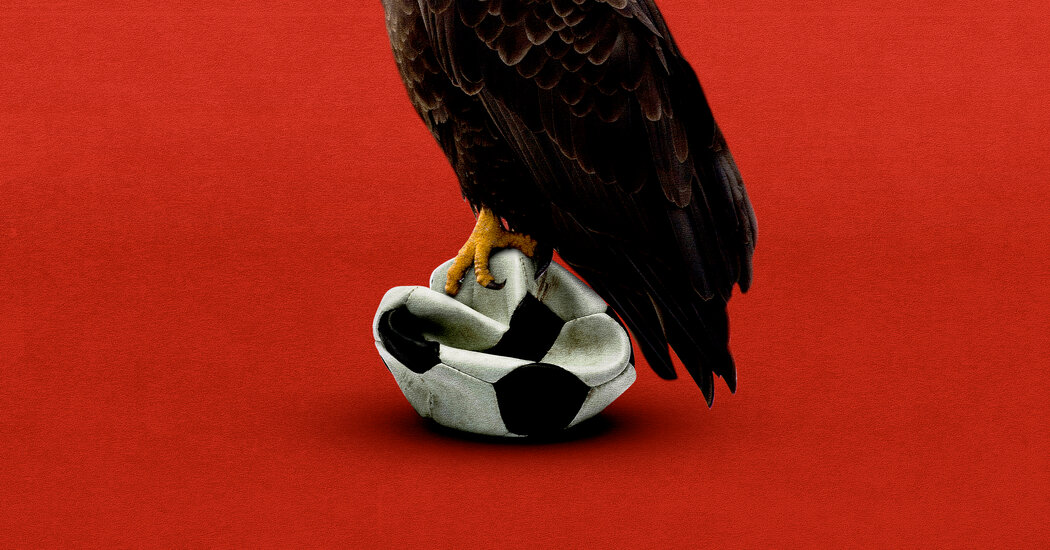 The fans, of course, come last in all this. Much of European soccer’s recent financial success, especially in England, has been based on mammoth TV and commercial deals. Match-day revenue from loyal supporters is no longer most teams’ main source of income. That’s prompting many teams and leagues to look at exploiting European soccer’s huge global appeal, especially commercial and TV rights deals in new markets like China, India and the United States.

But there’s a reason the Super League scheme is coming right now: the coronavirus pandemic. Europe’s leading clubs are thought to have lost more than a billion dollars in revenue since Covid-19 arrived. Perhaps more important, the absence of supporters in the stadium means owners won’t have to face angry fans chanting in the stands.

Soccer’s regulatory bodies, especially UEFA, which organizes the Champions League, and the English Premier League, which is the world’s most lucrative domestic competition, are furious. After all, the Super League would be a hit to their economic viability. But they have little recourse. Billionaires have far deeper pockets. The Super League tried to head off any potential punishment by announcing that its members have taken pre-emptive legal action to try to prevent the UEFA or domestic football associations from punishing them with expulsion.

Everyone from players to supporters to TV pundits to government ministers are re-evaluating how much power the game has ceded to billionaires. What is clear is that the game is being remade in America’s image. If the Super League goes ahead, it will be a virtually closed-off European Super League for the world’s biggest teams. What’s next? Clubs moving like franchises — like the Rams — to the city that offers its owner the best deal. Perhaps Manchester City will play some of their matches in Abu Dhabi? Or maybe Arsenal could spend the winter in Los Angeles? Or Juventus in Beijing?

But whether the Super League goes ahead is a big if. As of Tuesday evening, reports suggested that Chelsea and Manchester City were pulling out of the scheme under intense pressure from governments, supporters and even some of the club’s own players and coaches. Atletico Madrid and Barcelona might follow. The American-owned teams appeared to be clinging on to the bitter end. And if it does collapse? Well, on Monday UEFA voted through Champions League reforms that legislates for more games and hands even more power and money to the top leagues. They will also introduce two “legacy” spots to teams who didn’t qualify but had a good record in the competition. Insurance for the top teams against momentary failure. Even when the superrich club owners lose, they win.

Back in 2016 it felt crazy contemplating such scenarios, even if Mr. Crouppen thought that what had happened to the St Louis Rams would be replicated in soccer. His advertisement ran during the Super Bowl 50 half time break with the hashtag #slamStan. He ended his short monologue with a piece of advice for Mr. Kroenke, but it is just as relevant to the other 11 owners who have signed up for the European Super League: “Just because it’s legal and you’re rich enough to do it — that doesn’t make it right.” The world’s 12 richest teams were about to blow up soccer because they were rich enough to do it. They will be back.

James Montague (@JamesPiotr) is the author of “The Billionaires Club: The Unstoppable Rise of Football’s Super-rich Owners.”