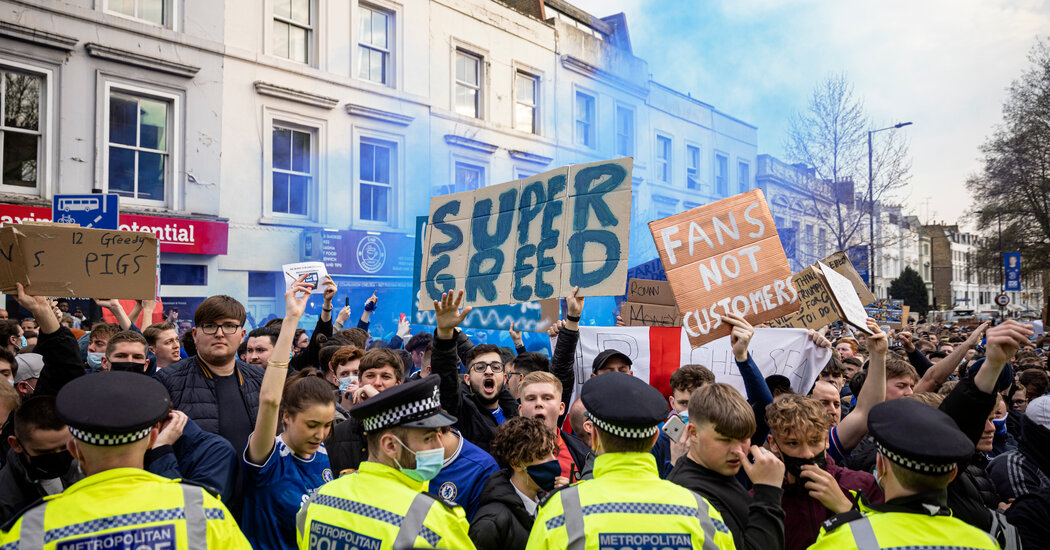 This was precisely what some of those involved with the project had feared. There had been doubts that the plan was ready to go live; insiders worried that it might not survive a fierce initial backlash. “This is not the time to do it,” an executive involved in the project warned. The executive suggested holding off until summer.

By then, it was hoped, the clubs might have found a frontman for the breakaway. Florentino Pérez, the president of Real Madrid, had been the driving force behind much of it; it was, to some extent, his brainchild. But his peers were aware that he would struggle to convince an English audience, in particular.

There were also concerns that the rebels’ communications strategy — marshaled by Katie Perrior, a political operative close to Boris Johnson, the British prime minister — was too focused on winning governmental, rather than popular, support. There had been no effort to consult, involve or win over fans, players or coaches. An outcry might destroy everything before the lobbying effort could begin in earnest.

Those concerns were not heeded. Agnelli, theoretically a voice for all of Europe’s clubs in his governance roles and a close friend of Ceferin, was feeling the strain of being, in effect, a double agent. He had protected the rebels’ secret for weeks, shading the truth — or worse — in talks with friends and allies. On Monday morning, though, he would have to sit on the dais with the rest of the UEFA board as it voted to approve changes to a Champions League that would be under mortal threat from the Super League.

He knew the league was happening. With the signatures of Chelsea, Manchester City and Atlético Madrid in hand, the founding members were set. The financing, delivered by the Spanish advisory firm Key Capital Partners and backed by the American bank JPMorgan Chase, would mean billions in new riches. Agnelli simply needed the news out.

Glazer, one of Manchester United’s co-chairmen, agreed. He was adamant it was time to press the button.