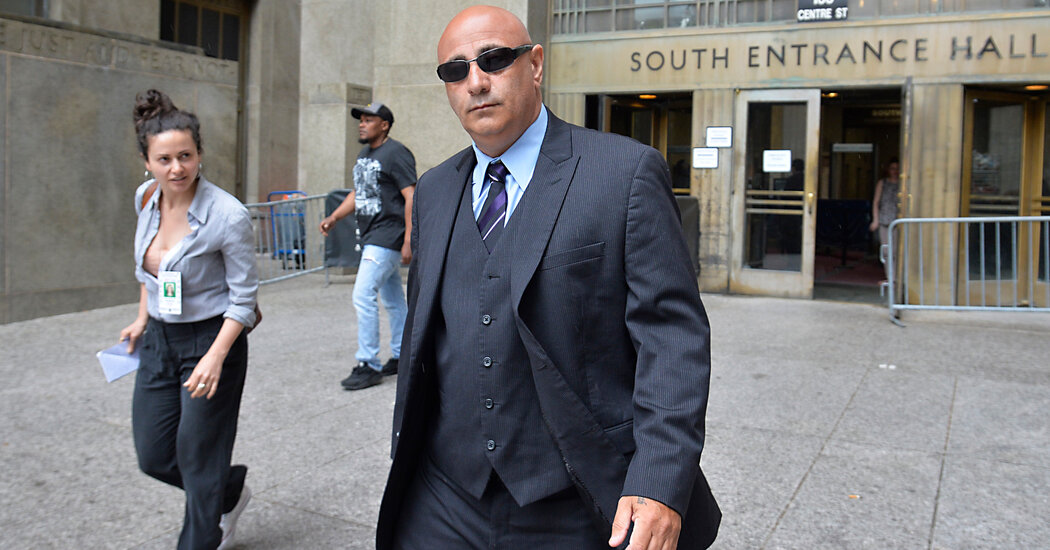 “I know what I did was wrong,” she said when she entered her plea. “I’m truly sorry, Your Honor.”

Through a spokesman, prosecutors declined to comment on the plea agreement. It came after her lawyer suggested that the hit man story had been fabricated by Mr. DiRubba — a scorned lover seeking revenge.

Mr. DiRubba, 56, disputed that, citing recordings he had made for the F.B.I.

“It’s Valerie’s own words that got her arrested,” he said in an interview.

By the time the two met, Ms. Cincinelli had been a police officer for a decade. She had spent much of her career at the 106th Precinct in Ozone Park, Queens, where she worked in a domestic violence unit.

She had two of her own: a daughter from an earlier relationship and a son with Isaiah Carvalho Jr., whom she married in 2015.

The marriage to Mr. Carvalho was troubled, court records show: She obtained orders of protection against him, and he was referred to an anger-management class. (His lawyer said that he was “completely innocent” of what Ms. Cincinelli had accused him of and that she had “set him up to gain an advantage in the divorce.”)

Then she met Mr. DiRubba.

Born in the Bronx and raised mostly in Westchester County, he was living in the section of Queens that local residents call Old Howard Beach. He was pleasant and talkative and mentioned having written a cookbook, according to a neighbor who expressed doubts about whether Mr. DiRubba had always been truthful.

The cookbook — a collection of recipes from Italian-American actors titled “Shut Up and Eat!” — is a point of pride with Mr. DiRubba. He also mentioned it in an interview during which he named several cast members of “The Sopranos” as friends. He said he had helped one of them, Tony Lip (who played the character Carmine Lupertazzi), write it. If so, his role is not acknowledged. (Mr. Lip died in 2013; his credited co-author, Steven Priggé, did not respond to a request for comment.)