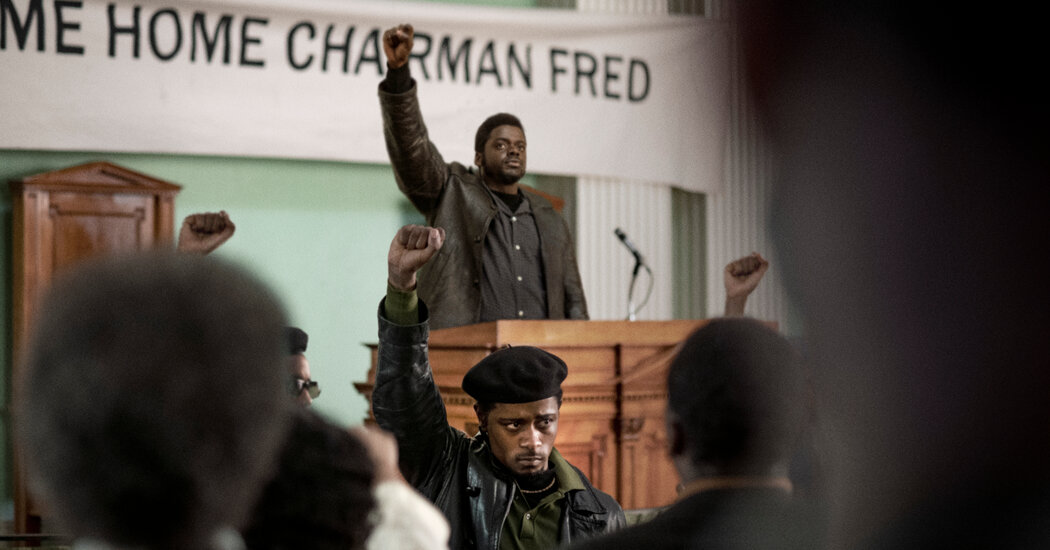 When the Academy Award nominations were unveiled last month, the news that Lakeith Stanfield, seemingly the lead actor in “Judas and the Black Messiah,” was up for best supporting actor puzzled many of us, including Stanfield himself. He wrote on Instagram, “I’m confused too,” adding, “lmao.” Warner Bros. campaigned for Stanfield in the best actor category, but academy voters treat that as a mere suggestion, not a mandate.

This categorization pits Stanfield directly against his “Judas” co-star Daniel Kaluuya, the 20th time a film has scored multiple nominations for supporting actor. But does the fact that Stanfield’s role is arguably bigger than Kaluuya’s give him a leg up in the Oscar race?

The data from past Oscars can shed some light on this question — not just from the previous 19 times that two co-stars have appeared on the supporting actor list, but all 71 times it has happened in any acting category. In 48 of those instances, none of the nominees won the award, so they don’t help answer the question of whether bigger parts have an advantage. But the other 23 offer some insight.

Instances in which an actor or actress beat out a fellow cast member from the same film for an Oscar are not evenly distributed across categories. It has happened only six times in the supporting actor category, a dozen times with supporting actress and four times with best actor. Rarest of all is a best actress showdown between co-stars: Shirley MacLaine’s win over her “Terms of Endearment” colleague Debra Winger in 1984 remains the only time one lead actress from a film has topped another from that same film at the Academy Awards. (Incidentally, “Terms of Endearment” is also the only film on this list twice, as Jack Nicholson edged out John Lithgow for best supporting actor).

One film even managed to win an acting category in which it had three of the five nominations: “The Godfather Part II” (1974) provided a best supporting actor platform for Robert De Niro, who beat out fellow mobsters played by Michael V. Gazzo and Lee Strasberg.

To analyze whether the bigger part won, we first need to define the bigger part. There is no entirely objective way to do this, but one method is to look at billing order in the credits, on the assumption that bigger roles are often listed first.

Historically, the highest-billed actors won 17 of 23 matchups over their lower billed co-stars. If this suggests an academy preference for higher-billed actors, that’s a good sign for Kaluuya, whose name appears above Stanfield’s in the closing credits. But the very fact that Kaluuya appears ahead of Stanfield, arguably the movie’s primary character, is evidence that this method is not a perfect proxy for estimating an actor’s significance in a film.

Across all 168 supporting actor and actress races in Oscar history, 23 percent of nominees who were higher billed in their films than their four competitors won the category, while all other nominees sit at 18 percent. It’s not an enormous gap, but one that might suggest a slight voter preference for bigger roles. That too would favor Kaluuya, who could join Don Ameche (“Cocoon,” 1985); George Clooney (“Syriana,” 2005); and Patricia Arquette (“Boyhood,” 2014) as the only supporting winners to receive top billing in their films.

In this year’s supporting actress race, it’s not clear who would receive that advantage: Maria Bakalova (“Borat Subsequent Moviefilm”), Glenn Close (“Hillbilly Elegy”), Olivia Colman (“The Father”) and Amanda Seyfried (“Mank”) all get second billing in their movies. Yet all four might fall to Yuh-Jung Youn, whose name appears sixth in the opening of “Minari.”

Indeed, the adage that “there are no small parts, only small actors” holds true on numerous occasions. Mahershala Ali received ninth billing in “Moonlight” (2016) yet won best supporting actor, the record for lowest billing to win this category. For supporting actress, that record is eighth-billed, shared by Gale Sondergaard (the very first winner in this category, for the 1936 epic drama “Anthony Adverse”) and Hattie McDaniel (who made history as the first Black Oscar winner, for “Gone With the Wind,” in 1940).

Another method of determining whether the size of the part matters to Oscar voters involves measuring how long they appear in their movies. Matthew Stewart of screentimecentral.com has performed the formidable task of watching every Oscar-nominated performance and keeping track of their screen time. From Stewart’s data, the actor with the most screen time has beaten out a co-star in 15 out of 23 races. The record is even better if we look solely at the supporting categories: 14 out of 18.

Bing Crosby’s victory over Barry Fitzgerald (both lead nominees for “Going My Way,” 1944) is the only example where less screen time won the best actor trophy. But fans of Fitzgerald’s performance as a kindly elder pastor can rest assured: He too walked away with an award. Strangely, the academy handed him the best supporting actor title, the only instance in history of an actor being nominated twice for a single performance, prompting the academy to change the rules to prevent this from happening again.

The average screen time for the 23 winners who bested their co-stars is 34:57. For the 24 losers (including two from “The Godfather Part II”), it’s only 25:32. This does suggest that the academy leans toward honoring bigger parts when co-stars are up against each other.

While that’s illustrative of the past, it’s not a particularly useful barometer in predicting this year’s outcome. Stanfield clocks in at 49:51, while Kaluuya is onscreen for 46:09; the gap is hardly meaningful.

This analysis views Kaluuya and Stanfield as rivals, just like their onscreen characters. But in some respects, their Oscar fates are tied together. If the Oscars were decided by random chance, the 71 instances of films with multiple nominations in one acting category would produce 29.4 winners; instead we saw that the actual result is 23 winners, implying some amount of vote-splitting or another bias against films with multiple nominations.

The other three supporting actor contenders this year — Sacha Baron Cohen (“The Trial of the Chicago 7”), Leslie Odom Jr. (“One Night in Miami”) and Paul Raci (“Sound of Metal”) — probably hope for some vote-splitting. Right now, Kaluuya is in pole position, with wins from the Golden Globes, Screen Actors Guild and BAFTAs, among others. But Stanfield wasn’t nominated for those honors.

At the Oscars, voters will face a choice: to bypass both for another of the hopefuls, go with the Black Panther Party state leader or opt for the F.B.I. informant who betrayed him.

Ben Zauzmer is the author of “Oscarmetrics: The Math Behind the Biggest Night in Hollywood.”