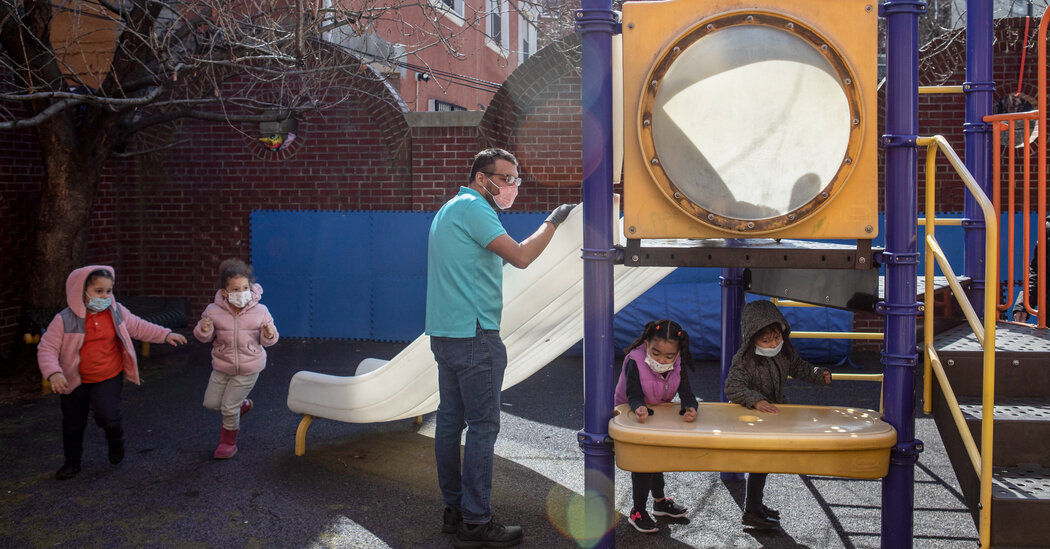 Over the past decade, the United States population grew at the slowest rate since the 1930s, the Census Bureau reported on Monday, a remarkable slackening that was driven by a leveling off of immigration and a declining birthrate.

The bureau also reported changes to the nation’s political map: The long-running trend of the South and the West gaining population — and congressional representation — at the expense of the Northeast and the Midwest, continued, with Texas gaining two seats and Florida, one. California, long a leader in population growth, lost a seat for the first time in history.

The data will be used to reapportion seats in Congress, and, in turn, the Electoral College, based on new state population counts. The count is critical for billions of dollars in federal funding as well as state and local planning around everything from schools to housing to hospitals.

The numbers are the product of the most controversial census process in decades. The Trump administration tried to add a citizenship question to the Census form, but the Supreme Court eventually blocked that plan.

The Bureau also faced a daunting task of conducting the Census during a pandemic. Then, last summer, the Trump administration pushed it to stop the count sooner than planned.

On Monday, the Bureau declared the count to be accurate, but questions about its accuracy will most likely surface when the Census Bureau releases detailed demographic files for each state later this year. Those files are the basis for redrawing electoral districts, a messy political process that is fought in statehouses across the country.

“I assured the president that the census is complete and accurate,” said Gina Raimondo, the U.S. Secretary of Commerce, at a news conference on Monday afternoon.

Nonetheless the findings appear to solidify a gathering pattern in American life: The South and the West are increasingly the centers of population and power, surging ahead of the Northeast and Midwest, whose numbers have been waning since a high in the first part of the 20th century.

Booming economies in states like Texas, Nevada, Arizona and North Carolina, have drawn Americans away from struggling small communities in high-cost, cold weather states. In New York, 48 of 62 counties are estimated to be losing population. In Illinois, 93 of 101 counties are believed to be shrinking. In 1970, the West and South comprised just under half the U.S. population — today it’s nearly 63 percent.

That is shifting political power: Montana gained a seat, while New York lost one. In all, six states gained congressional seats, including Texas, which gained two, and Colorado, Florida, Oregon, and North Carolina. Seven lost a seat, including California, Pennsylvania, Ohio, Illinois, Michigan and West Virginia.

Combined with the decline in inflows of immigrants, and shifting age demographics — there are now more Americans 80 and older than 2 or younger — the United States may be entering an era of substantially lower population growth, demographers said, putting it with the countries of Europe and East Asia that face serious long-term challenges with rapidly aging populations.

“This is a big deal,” said Ronald Lee, a demographer who founded the Center on the Economics and Demography of Aging at the University of California at Berkeley. “If it stays lower like this, it means the end of American exceptionalism in this regard.”

It used to be clear where the country was headed demographically, Professor Lee said — faster growth than many other rich nations. But that has changed.

“Right now it is very murky,” he said.