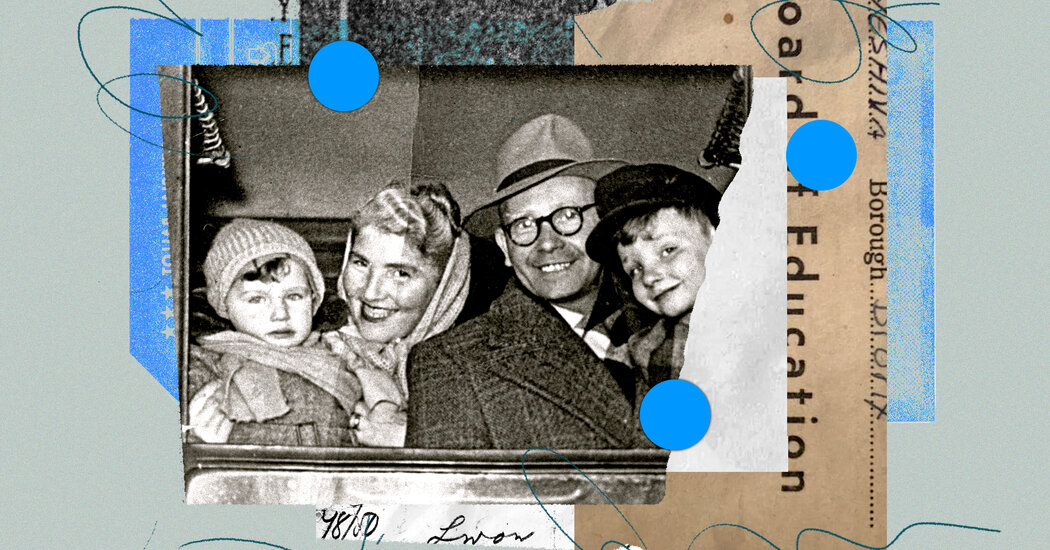 My father should have felt great satisfaction in his role; he was, after all, avenging the gassing death of his cousins, aunts and uncles, grandparents; making men pay for the terror that haunted his parents. Yet, the shadow of his own family’s lies quickly made him question the government’s tactics.

It turned out that the immigration trespasses of those who could have marched my great-grandparents to their deaths, from a legal perspective, were often not so different from those of my grandparents. Both were guilty of material misrepresentation. My father did not prosecute Nazis based on their wartime crimes, but rather because they had lied on immigration forms about their role in assisting in persecution of civilians. Never mind that many were low-level Nazi collaborators who faced death if they did not follow the sergeant in charge. The consequences of deporting someone labeled a Nazi to the Soviets, where many of those prison guards recruited from formerly Nazi occupied countries would have been returned, were not considered.

“Misrepresentation in visa and citizenship applications is a matter of U.S. immigration law, and few if any of the normal due process rights accorded to defendants in criminal trials apply,” my father wrote in his memoir, Lies That Matter, which will be published next month. “And so deportations to the U.S.S.R. followed by a firing squad were seen as not really ‘punitive,’ as if lives were not at stake.” To my father this was not justice: the immigration system did not take into consideration if the punishment merited the crime. He left O.S.I. after 18 months.

Make no mistake, my neoconservative father was no bleeding heart backer of open borders. In 1986, the year Ronald Reagan provided permanent legal status for 2.7 million immigrants, my father left his job as senior counsel to the U.S. ambassador to the United Nations and moved to the Office of Legal Counsel at the Department of Justice, but immigration does not appear in his writing on the period. I do remember a moment, a few years later, watching nightly news reporting on asylum seekers on boats coming from Haiti together. “We can’t let them all in,” said my father, when he explained the situation to me.

Yet, in his later years, he identified increasingly with the plight of minors without legal status, brought to the United States like him under the cover of their parents’ lies. “I was an illegal immigrant,” he wrote in the Washington Post in 2017. “I was little different from those who bear the designation dreamer today.”

It wasn’t the first time he saw himself in these stories. A few years earlier, he took on the case of a Honduran asylum seeker acquaintance who, if deported, maintained he would face extortion and execution by the local police. My father lost the case, shocked with the lack of discretion judges have in immigration court and the overall chaos of the system.

My father had come to recognize that, in contrast to what so many of today’s most vulnerable immigrants face, the system his family encountered ultimately supported them. He also knew intimately that lives are at stake.

As my father warned us in his final writings, if the U.S. does not create a legal system for immigration that understands what desperation pushes people to do, and creates just responses, everyone loses.

Daniela Gerson is an assistant professor of journalism at California State University, Northridge, and co-founder of Migratory Notes, a weekly immigration newsletter.