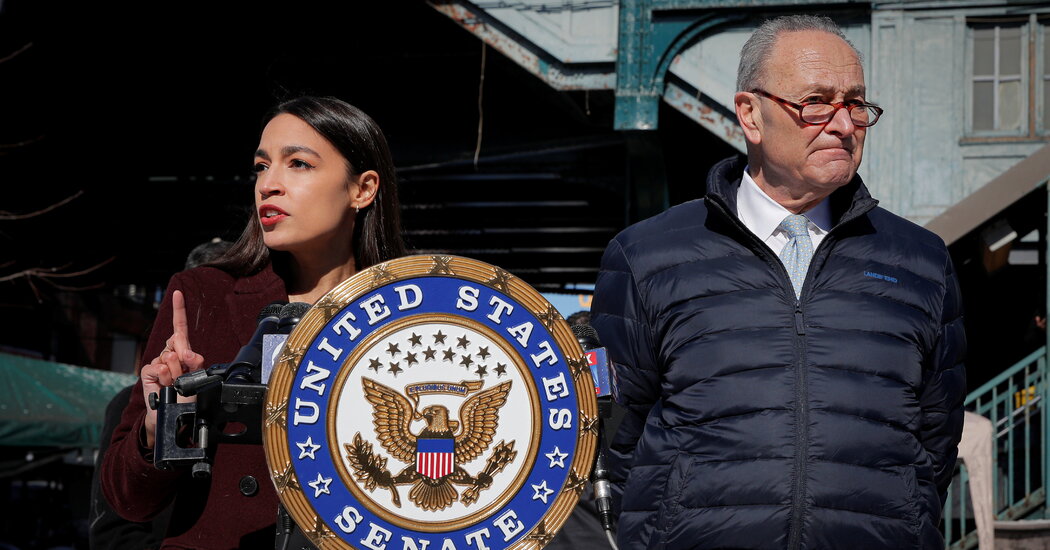 New York will lose one House seat starting with the 2022 election, the Census Bureau announced on Monday, a reduction that further diminishes the power and size of a congressional delegation that was once the nation’s largest.

The state nearly escaped that fate. A Census official overseeing apportionment, Kristin Koslap, said that if New York had counted just 89 more people, it would have held onto the seat.

The 2020 census marked the first time the state did not lose at least two seats in eight decades, even as New York has continued to suffer a steady erosion of its influence in Congress — a trend that began in the 1940s, when it boasted 45 members of the House. Now it will have only 26.

Yet even as New York’s overall footprint in Congress shrinks, Democratic leaders nationally believe redistricting in the state could potentially offset the Republican gains expected from partisan remapping efforts elsewhere in the country. The Republican Party has full power to draw favorable district lines in several large states, including Florida, Georgia and Texas.

California will remain the state with the largest congressional delegation, with 52 districts, losing one seat. Texas will remain in second with 38 seats. Florida and New York had been tied with 27 seats each, but Florida will gain a seat after the latest census, part of a broader trend of population shifts to the South and West in recent decades.

“We were the Empire State of the country, and that is clearly not the case right now,” said Nick Langworthy, the chairman of the New York Republican Party, blaming the tax policies of Democrats who dominate the state’s government for the relative population decline. “To have one less member of Congress, to have one less electoral vote, that makes our voice that much smaller.”

Census officials said New York had a “negative net domestic migration,” but its population grew overall because of immigration.

New York’s redistricting process — the once-a-decade redrawing of state legislative and congressional seats that takes place after the census — will formally begin with an independent commission, which has an equal number of Democrats and Republicans.

But many expect that commission to deadlock, and if it does, power to make the maps would eventually revert to the state Legislature in Albany, which is controlled by Democrats.

“The reapportionment process is always difficult and fraught with complications,” said State Senator Michael Gianaris, a Queens Democrat who is one of the leaders of the New York State Legislative Task Force on Reapportionment and Redistricting, which would make the maps if the independent commission failed to come to an agreement.

A decade ago, Republicans controlled the New York State Senate and had a hand in drawing state legislative maps; the final congressional map was drawn by a judge after state lawmakers were unable to come to an agreement.

Mr. Gianaris said the results from the 2010 redistricting process were “grossly unfair and resulted in some of the most gerrymandered maps in the country.”

New York is represented in the House by 19 Democrats and eight Republicans. The redrawn districts shown on some hypothetical maps by election forecasters could reduce the state’s Republican representation to as few as three seats.

Even with a loss of one seat, New York is expected to retain one of the most powerful state delegations in Congress.

Senator Chuck Schumer of New York is the Senate majority leader. Representative Alexandria Ocasio-Cortez, who represents parts of the Bronx and Queens, is perhaps the most prominent progressive leader in America. And Representative Hakeem Jeffries of Brooklyn is viewed as one of the top contenders to succeed Speaker Nancy Pelosi as the next Democratic leader of the House.

The chairman of the Democratic Congressional Campaign Committee, Representative Sean Patrick Maloney, is also from New York, and Mr. Maloney is expected to take a particular interest in how the state redraws its lines as he attempts to hold a historically narrow House majority. Democrats hold just a six-seat edge over Republicans.

As for where New York will reduce its representation, “the assumption is the loss will be upstate somewhere,” said Jack McEnany, a former state assemblyman who oversaw the redistricting efforts a decade ago.

There are several places where Democrats could seek to eliminate a Republican-held seat upstate.

Representative Tom Reed, a Republican who represents the Southern Tier, including Jamestown and Corning, recently announced that he would not seek re-election in 2022 after he was accused of groping a former lobbyist. His district could be combined with that of neighboring Representative Chris Jacobs, who represents the region outside Buffalo and who only took office last year.

Democrats could also combine the seats held by Representative Elise Stefanik, who represents much of the Adirondacks and is a top Republican fund-raiser now considering a run for governor, and Representative Claudia Tenney, who was narrowly re-elected to Congress last year after losing her seat in 2018. Ms. Tenney’s Central New York district reaches from the Pennsylvania border to Lake Ontario.

A top Democratic target is Representative John Katko, a Republican who represents Syracuse and who managed to hold onto his seat even though Democrats have carried the district in recent presidential elections. Democratic mapmakers would almost surely tip the district to be more favorable to the party.

“They’re going to try to gut these districts across the state,” said Mr. Langworthy, the G.O.P. chairman, who predicted that Republicans would wind up spending heavily on legal fees battling Democratic plans in the courts. “Mapmakers can be very vicious.”

But Democratic congressional incumbents are also often wary of ceding too much of the territory they already represent, making the drawing of maps a politically delicate affair.

Another first-term Republican, Representative Nicole Malliotakis, represents Staten Island and a slice of the more conservative parts of South Brooklyn. But Democrats could add more overwhelmingly Democratic parts of Brooklyn to her seat, making it more competitive.

The district of Representative Lee Zeldin, a Republican who represents eastern Long Island, could be similarly redrawn to be more Democratic. Mr. Zeldin is raising money to run for governor in 2022.

Mr. McEnany, the former assemblyman, said he did not make much of the fact that New York continued to cede population relative to the Sun Belt states. Among the states set to gain seats are Texas, which will pick up two, and Florida and North Carolina, which will each gain one.