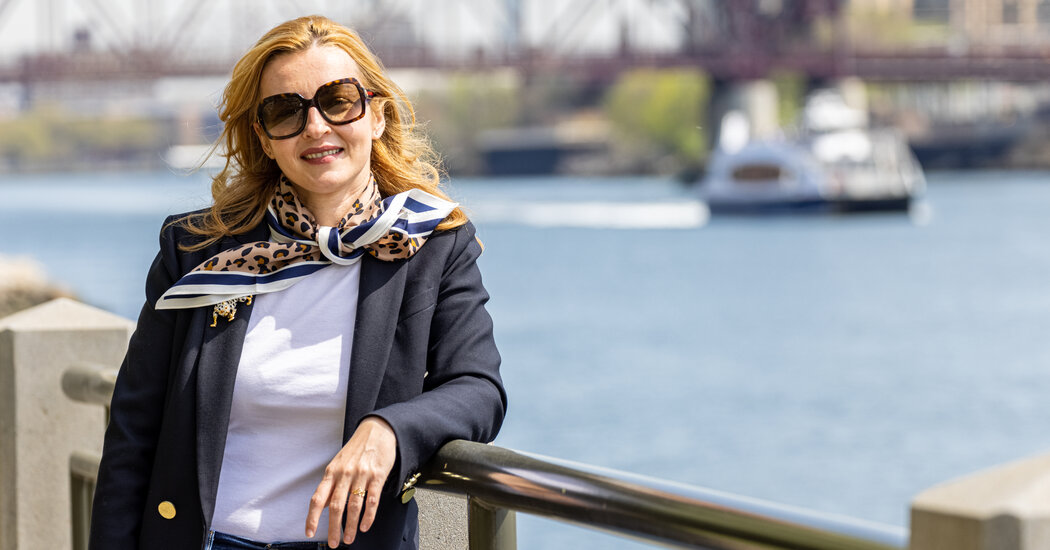 Last fall, Rodica Miller found herself in a somewhat strange situation: She had won an affordable-housing lottery for a one-bedroom apartment just steps from the Roosevelt Island studio where she’d been living since 2018. But moving there would mean a substantial rent increase: from $2,050 a month to $2,468 a month.

For Ms. Miller, a 42-year-old special education teacher who had been priced out of Roosevelt Island years earlier before moving back in 2018, it wasn’t a difficult choice. The lottery apartment would be rent stabilized, limiting future increases to predictable and manageable amounts.

“When you’re paying market rate, you’re at the mercy of the market,” she said. “I was always very nervous about living in a market-rate studio. I don’t want to have to move again. I really love Roosevelt Island.”

And, she reasoned, a one-bedroom would be an upgrade, one she had hoped she could afford someday. After living and working in a single room for six months, it was even more appealing. Ms. Miller had been teaching remotely since last March, when the pandemic shut down the Manhattan public high school where she works.

“I felt like, I’m in my 40s, I should have a bedroom with a door,” she said. “But even if you’re a middle-class professional, finding proper housing here is always difficult.”

There was just one problem: She had just signed a two-year lease for her studio in August.

Occupation: Ms. Miller is a special-education teacher in a vocational program for high school students, Co-op Tech, which is on the Upper East Side.
During the pandemic: She fell even more in love with Roosevelt Island. She and her boyfriend, who lives on the Upper West Side, bought beach chairs and spent many pleasant hours watching the river.
A new building: “I’ve never lived in a new apartment before. The other places were not shabby, but everything has issues,” she said. “Living in New York City, I accepted things I never would have accepted in Romania.”
Adjusting to her new space: Ms. Miller, who barely cooked before the pandemic, decided she would learn how to bake in her new home. “One time, I was preheating the oven — nothing was even in it — and the fire alarm went off. You can’t take the batteries out like you do in an older building, and it screams, ‘Fire, fire.’ Even if I’m only making tea now I turn on the vent.”

Ms. Miller had filled out the affordable-housing application in the spring and then “didn’t give it another thought,” she said. “I’d applied to lotteries in the past and never heard back. I knew the chances were very small.”

After touring the new building and submitting all the necessary documentation, she reached out to her landlord, asking if she could terminate her lease. She assumed there would be a financial penalty, which she was prepared to pay.

But her landlord told her that the lease couldn’t be terminated and that her only option was to sublet the studio. Normally this wouldn’t have been an issue, but when Ms. Miller looked on StreetEasy, she realized that studios in her building were going for $300 less than she was paying. (She renewed her lease without researching the market and didn’t realize that rents had come down so much during the pandemic.)

“When I reached out to a broker about trying to rent it, the broker basically told me, ‘You’d be ripping someone off.’ ”

Next, she tried to get the landlord to drop her rent to what the other studios were renting for. The answer was another “No.”

Ms. Miller was aware that other tenants were shopping around to take advantage of the pandemic’s lower rents, which many landlords offer as months of free rent instead of an actual lower monthly rate. “I don’t like the one- or two-month-free deals,” she said. “I can’t move every few years.”

She also knew that she didn’t want to risk having to leave Roosevelt Island, which she first fell in love with when she lived there from 2006 to 2008. “The green space is amazing,” she said. “It’s nothing like the rest of New York.”

She even likes the architecture, which reminds her of Romania, where she grew up. “The architecture is not beautiful. It’s like the communist buildings in Eastern Europe,” she said. “Some people don’t like it, but to me it’s comforting.”

In her first stint on Roosevelt Island, she shared a $1,500-a-month two-bedroom with a roommate. After the building went co-op, she spent 10 years in Jackson Heights, where rents are generally lower. She had a studio there and loved that neighborhood, too, especially the variety of inexpensive restaurants. But she missed the tranquillity of Roosevelt Island.

“There’s access to nature here that you don’t have in Jackson Heights,” she said. “I always wanted to move back, but I couldn’t afford the market rents for a long time.”

She had also missed the quick half-hour commute to the Upper East Side; on a good day, her door-to-door commute from Jackson Heights was an hour each way. Since moving back, she’d been taking the ferry to work, which is about as idyllic as a New York City commute gets.

Loathe to lose her chance at a rent-stabilized one-bedroom, she reached out to area politicians for help getting out of her lease. When that failed, she wrote to Roosevelt Islander Online, a digital news site that covers the neighborhood. According to Ms. Miller, as soon as the Roosevelt Islander contacted her landlord, the landlord agreed to terminate her lease. She didn’t even have to pay a penalty.

“I told them I was doing a story about Rodica winning the affordable-housing lottery but not being able to get out of her current lease, and asked if they wished to comment for the story,” said Rick O’Conor, publisher of Roosevelt Islander Online. “I think they did not want to look bad and they did the right thing.”

Ms. Miller moved into her new apartment, in the Riverwalk Park development, this January. All the rooms are a nice size. It’s also the first time in 13 years that she has lived in an apartment with a separation between the bedroom and living room.

She celebrated by ordering a sleeper sofa (she never had the space for a couch before), so that relatives from Romania can visit her more comfortably once the pandemic is over. Because of pandemic-related delays, the couch won’t arrive until June, a full six months after she ordered it. At the moment, a padded chair is filling in.

The apartment also has an expansive view of the East River and Queensboro Bridge. She knows, though, that unlike the apartment itself, the views may not last.

“I feel like it’s an emotional benefit to have a view, but I told myself I can’t get too attached to it,” said Ms. Miller. “Like in Manhattan, nothing is permanent. I know they’re going to plant a building in front of it at some point.”