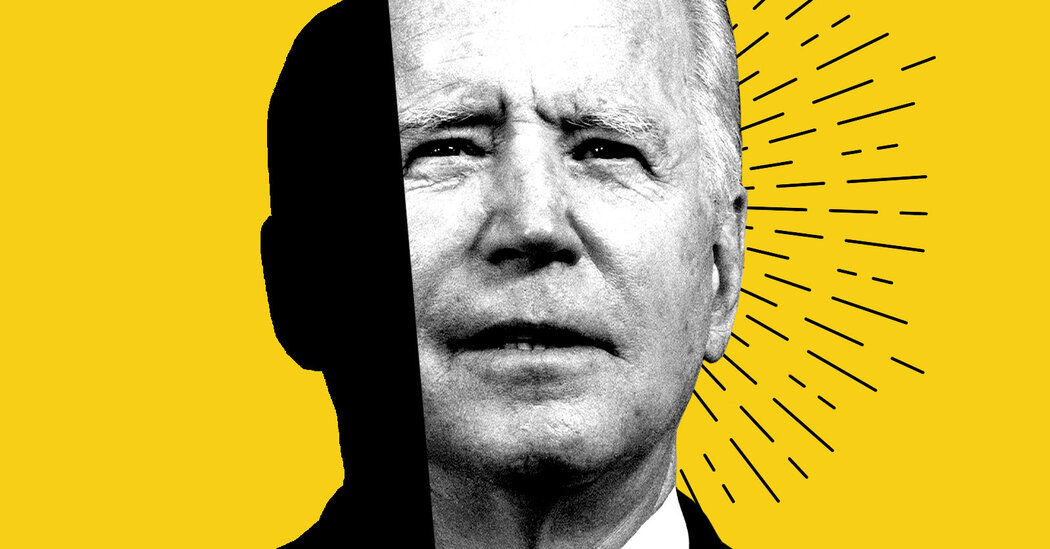 For many voters, of course, Mr. Biden’s core appeal was not grounded in policy particulars. They were drawn to his message of unity, his pledge to defuse the division and rage fostered by Mr. Trump. This whole idea struck some as hokey, not to mention absurdly naïve. But Mr. Biden does appear to be making a quirky sort of progress.

He’s making the presidency boring again. Mock if you will, but this is a major achievement — one welcomed by many exhausted Americans. Gone are the “executive time” Twitter rants, rambling call-ins to Fox News and near daily assaults on democracy that defined the Trump presidency. Mr. Biden likes to keep things low-key, doesn’t hog the spotlight and largely avoids the culture-war freak-outs roiling the other side. While the MAGA-verse spins itself into a tizzy over the supposed cancellation of Dr. Seuss and emasculation of Mr. Potato Head, Mr. Biden keeps his head down and keeps pushing his policies.

He’s restoring humanity to the job. Whether the crisis is a police shooting, the enormous toll of the pandemic or the everyday economic challenges of so many Americans, Mr. Biden approaches the issue with compassion and decency. His aim is to comfort rather than to inflame. This may not seem as if it should be a big deal, but post-Trump, here we are.

He’s making bipartisanship cool again. No, Mr. Biden has not ushered in a new golden age of cross-aisle compromise — nor is he likely to. And even as he invites Republican lawmakers over for cozy White House chats, he has made clear he won’t get bogged down in trying to win their support. He and his people learned during the Obama years not to go down that rabbit hole. Mr. Biden has, in fact, sorely irritated some moderate Senate Republicans who think that he isn’t treating their outreach efforts with the proper respect.

Even so, the president’s political brand is so, well, avuncular that much of the public sees him as a nonradical, politically moderate kind of guy. This has some Republicans, especially Senate moderates, talking up their love of bipartisanship and compromise, lest they look like the unreasonable ones.

All of this is making it hard for his political opponents to vilify him — about which Republican lawmakers have expressed their dismay. Instead, more than three months in, they’re still trying to cast him as a puppet of “radicals”: Representative Alexandria Ocasio-Cortez and the Squad, Speaker Nancy Pelosi, the White House chief of staff, Ron Klain. You know Republicans are having a rough time when Senator John Cornyn of Texas is reduced to grumping about Mr. Biden’s lack of Twitter tantrums and speculating that the president’s low profile means he’s not really in charge.

At this point, polls show a slight majority of the American public approve of their new hire. Mr. Biden’s numbers are lower than what most of his non-Trumpian predecessors enjoyed at this point, but they’re none too shabby, considering these hyperpolarized, reality-challenged times.