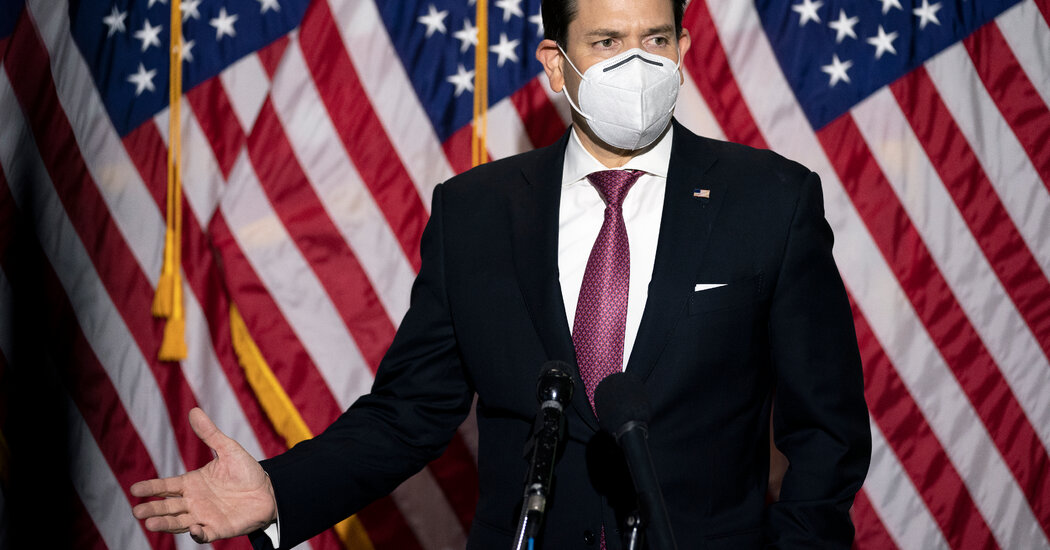 Last month, Rubio did support the union drive by some Amazon workers in Bessemer, Ala., framing it explicitly as payback for Amazon’s cultural liberalism. “If Amazon thinks that conservatives will automatically rally to do its bidding after proving itself to be such enthusiastic culture warriors, it is sorely mistaken,” he wrote in a USA Today essay.

But the union drive, which Amazon opposed ferociously, failed, and Rubio isn’t willing to back the kind of legislation that would make unionization easier. Too often, he wrote in USA Today, “the right to form a union has been, in practice, a requirement that business owners allow left-wing social organizers to take over their workplaces.” The most Rubio is willing to do is to make a temporary rhetorical alliance with workers driven by spite.

This is what most Republican populism looks like. (A possible exception is the shameful insurrectionist Josh Hawley, who has a genuine trustbusting plan.) Rubio is following a model pioneered by Trump: Rail against big corporations, occasionally bully those that defy you, but ultimately put their profits and influence first.

On issues of race and sex, the disjunction between the values of the Republican Party and those of big corporations is a function of our countermajoritarian politics.

Because of gerrymandering and the small-state bias in the Senate, Republicans can afford to antagonize young people, people in cities and most people of color. Consumer businesses cannot. The Republican Party doesn’t have to care what the majority of Americans think. Public-facing corporations largely do. This creates a tension between Republicans’ foundational economic interests and ideology and their cultural grievances.

Republicans no doubt find this incredibly frustrating, but not frustrating enough to ally even momentarily with Democrats. After all, Republicans are angry at corporations in the first place because they think corporations should be on their side in political fights. Democrats would love to have Republican support for reining in corporate power, even if Republicans were motivated by revenge.

But Republican threats are empty. No matter how much they hate what they call “woke capital,” they know they can’t own the libs by teaming up with them.