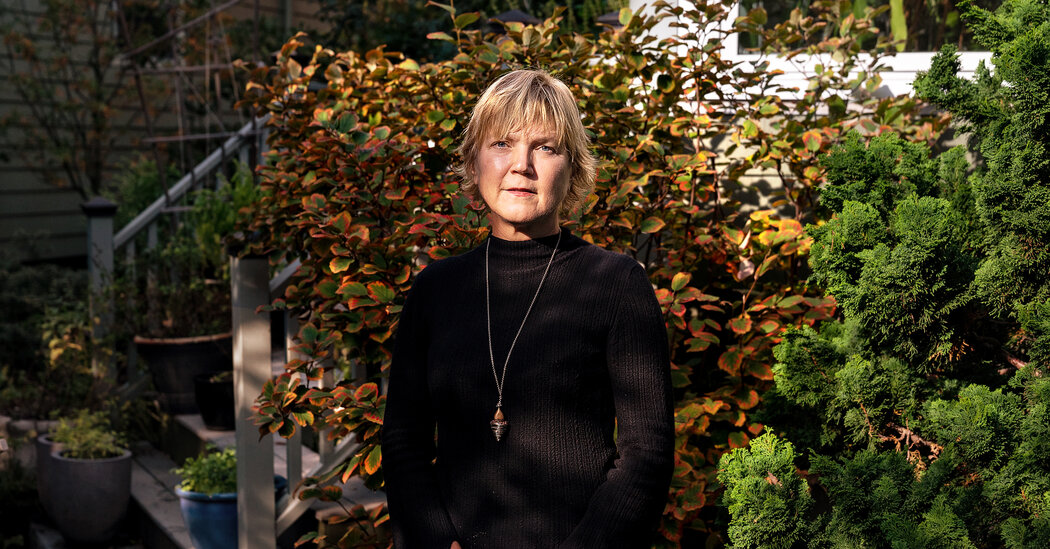 She held on to her dream of having children, but in 2001, just after her 40th birthday, the pain in her abdomen grew unbearable. On Sept. 11, as the Twin Towers fell, she rushed to the hospital in a fog of painkillers and underwent a hysterectomy with Dr. Isaacson. (Endometriosis pain is the leading cause of hysterectomies for American women in their 30s.)

“There was no decision,” Dr. Griffith recalled. “It was hysterectomy or death.”

Even after that, her disease returned, twice. Then in 2009, just after she had pivoted to studying endometriosis, she faced a new obstacle: cancer.

Dr. Griffith likes to say that compared to endometriosis, stage 2 breast cancer was a walk in the park. “Not like a super-beautiful day — like a stormy-day walk in the park,” she added. “But it was, like, people understood.” Colleagues wrote her cards, sent her food, extended condolences. Her dean offered her a sabbatical semester.

Dr. Griffith soon learned that the way breast cancer research was categorized was far ahead of endometriosis. Doctors used molecular tests to classify patients into subtypes, which dictated which targeted treatment they should receive. With endometriosis, “there’s no metrics,” she said. “This was this huge thing for me that was so crystallizing.”

Dr. Griffith knew that her disease, like cancer, was not one disease but many, a medusa of waving tentacles. She began talking to Dr. Lauffenburger, who had been studying breast cancer for over a decade, about how to take a similar approach to classifying endometriosis patients.

Together, they identified networks of inflammatory markers that tended to be associated with more painful manifestations of the disease and fertility, and published their findings in Science Translational Medicines in 2014. The work was cited as the first step toward creating subtypes of the disease. “That was really us together, because it was his vision of systems biology but filtered through my practical connection to the clinic,” Dr. Griffith said.

For the next year, she held lab meetings from her hospital bed in between chemotherapy sessions. “We transformed our lab meetings, literally,” said Dr. Nicole Doyle, a postdoctoral fellow in Dr. Griffith’s lab at the time. “We just showed up for her chemo treatments and would sit there with her. That diagnosis had to adapt to her life, not the other way around.”