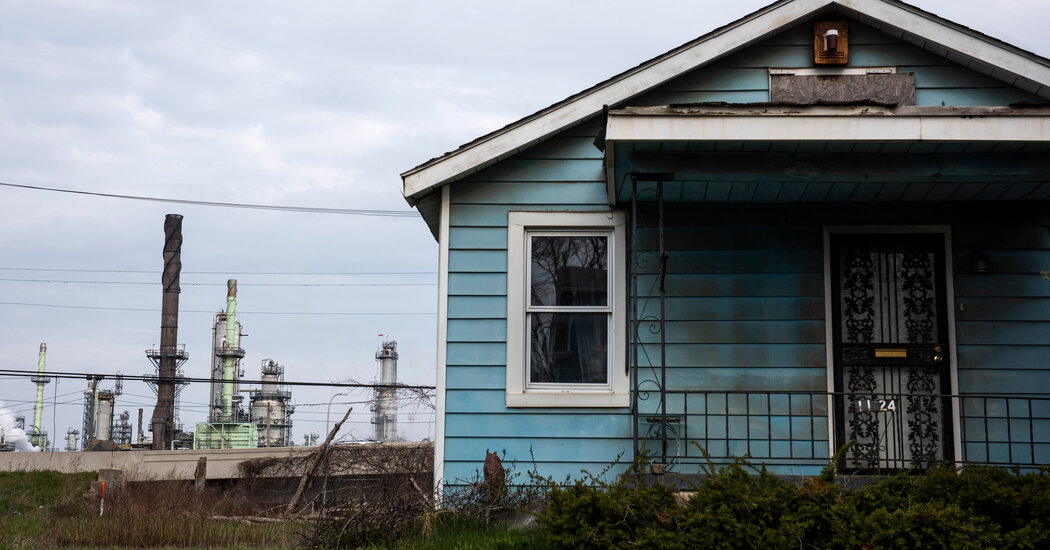 These findings were consistent with the experiences of communities on the ground, said Robert D. Bullard, a professor at Texas Southern University who has written for more than 30 years about the need to redress environmental racism, and who was not involved in the study.

“If you go to communities of color across this country and ask them, ‘What’s the source of the environmental problems?’ they can point you to every one: the highway, the chemical plants, the refineries, the legacy pollution left over from decades ago, in the houses, in the air, in the water, in the playgrounds,” he said. “Empirical research is now catching up with the reality: that America is segregated and so is pollution.”

On Wednesday, the Environmental Integrity Project, a nonprofit group founded by former officials from the E.P.A., released a separate report that found that 13 refineries across the United States had released elevated levels of benzene, another harmful pollutant, into mostly minority and lower income neighborhoods in 2020.

These disparities have roots in historical practices, like redlining, under which the federal government marked certain neighborhoods as risky for real estate investments because their residents were Black. For decades, residents of redlined areas were denied access to federally backed mortgages and other credit, fueling a cycle of disinvestment and environmental problems in those neighborhoods.

“Communities of color, especially Black communities, have been concentrated in areas adjacent to industrial facilities and industrial zones, and that goes back decades and decades, to redlining,” said Justin Onwenu, a Detroit-based organizer for the Sierra Club. “And a lot of our current infrastructure, our highways, were built on — built through — Black communities, so we’re breathing in diesel emissions and other pollution just because we’re located right next to these highways,” Mr. Onwenu said.