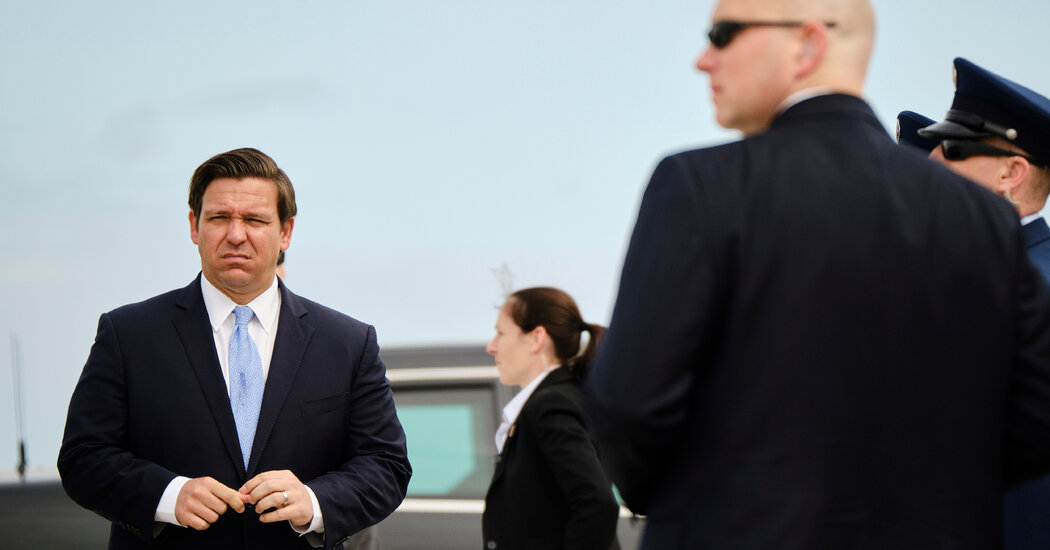 “They treat their workers like … you-know-what,” Senator Richard Blumenthal of Connecticut remarked delicately. A longtime cruise industry watchdog, Blumenthal had to fight for years just to get that doctor rule. The ship workers, he said, are trapped by forced arbitration clauses in their contracts that make it impossible for them to sue over conditions. Many of them are citizens of other countries, “which diminishes their rights even more. When they’re injured they have very meager health care.”

So we’ve got pollution, scared whales and oppressed workers. You will now undoubtedly be stunned to hear that Blumenthal also says the cruise lines “avoid taxes very aggressively and energetically.”

None of this has had any impact on Governor DeSantis, who launched his anti-regulation campaign on behalf of the cruise lines by announcing that “Florida is fighting back.”

People, when you think of Florida, do you really think of a downtrodden victim of government overreach? Everybody is terrified of Florida! We spend a humongous amount of time obsessing about its clout in presidential elections. We keep hearing about the celebrities who are ditching the North to flock in. True, it’s a crowd whose headliners include the former New England Patriot Tom Brady and the former famous politician Donald Trump. But still, the beat does go on.

The cruise industry certainly brings some money into the places where ships dock — one trade organization estimated the business added $8.49 billion to Florida’s economy in 2018. The degree to which this is a blessing depends pretty much on where you live. The 24,000 residents of Key West do not regard having more than a million visitors a year tramping around their neighborhoods as a plus.

DeSantis’s political committee has thus far received nearly $1 million from the owner of a pier that gets most of that Key West traffic. Have we mentioned that he seems to be running for president? That he once broadcast a campaign ad in which he read to his little son from “The Art of the Deal”? And in which he taught his little daughter how to “build the wall”?

Cruise ship defenders have noted bitterly that people have been returning to air travel with relatively little controversy. Of course, airplanes all have serious ventilation systems. And we fly in planes because we need to get somewhere. Nobody ever buys a ticket thinking it’d just be fun to be in the air for a week or so.

To be fair, there are many, many people who really enjoy taking a cruise with several thousand strangers. Bet they’d have an even better time if they knew the new gang wasn’t infectious.