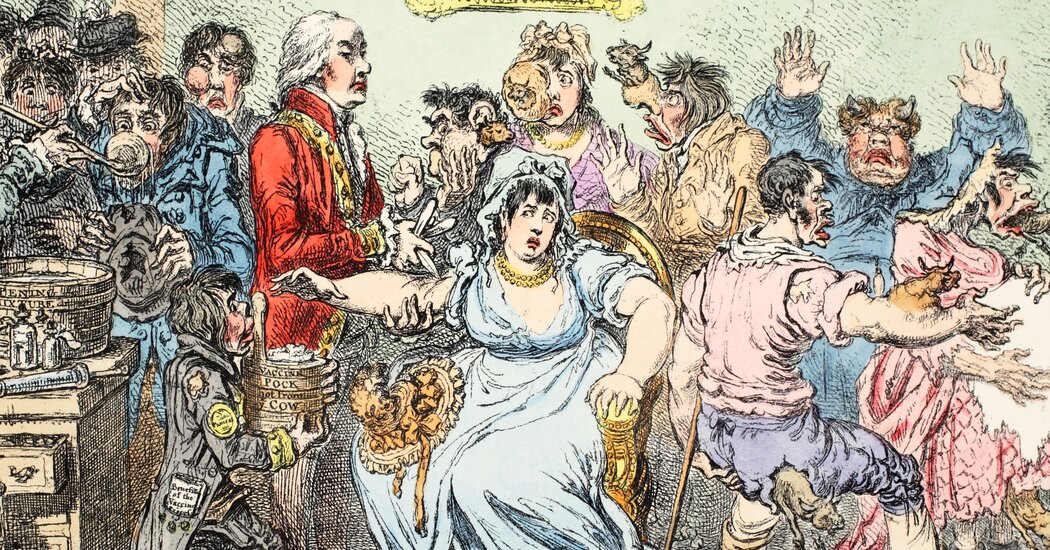 In 1879, following a visit to New York by William Tebb, the founder of The Vaccination Inquirer, a British journal devoted to anti-vaccine propaganda, the Anti-Vaccination Society of America was founded, and activists fought compulsory vaccination laws in several states. In the 1905 case of Jacobson v. Massachusetts, the question finally came before the Supreme Court, where the judges ruled that states had the right to make vaccination mandatory during smallpox outbreaks. The last major outbreak of the disease in the United States was in the early 1900s.

Despite the protests, the lobbying and opposition, enough citizens were vaccinated. Most people’s experience of the smallpox vaccine was protection from a debilitating, disfiguring disease that had killed millions. As it became more common, hearing that family, friends and neighbors had gotten the vaccine and being able to see for oneself that they were fine would have added an important counterpoint to misinformation and made the unknown known. Now of course, smallpox is completely eradicated.

And yet, ever since the time of Jenner, whenever new vaccines have been approved, anti-vaccination campaigns have been part of the response.

Jonas Salk’s polio vaccine arrived in 1955, and recurring polio epidemics were almost completely gone by the early ’60s. But the disease has never been completely eradicated, and it roared back in Pakistan as recently as 2019, after rumors spread that children had fallen ill after receiving the vaccine and many parents refused to let their children receive it.

Measles, mumps and rubella vaccines were approved in the ’60s and were combined into the MMR vaccine in 1971, which became the subject of one of the most infamous vaccine controversies in history.

In the late 1990s Andrew Wakefield published, with 12 others, a now notorious paper in The Lancet that linked the vaccine to neurological conditions, including autism. The problems with the paper were highlighted almost immediately, but it cast a long shadow: MMR vaccination rates plunged and measles outbreaks soared in the years afterward.