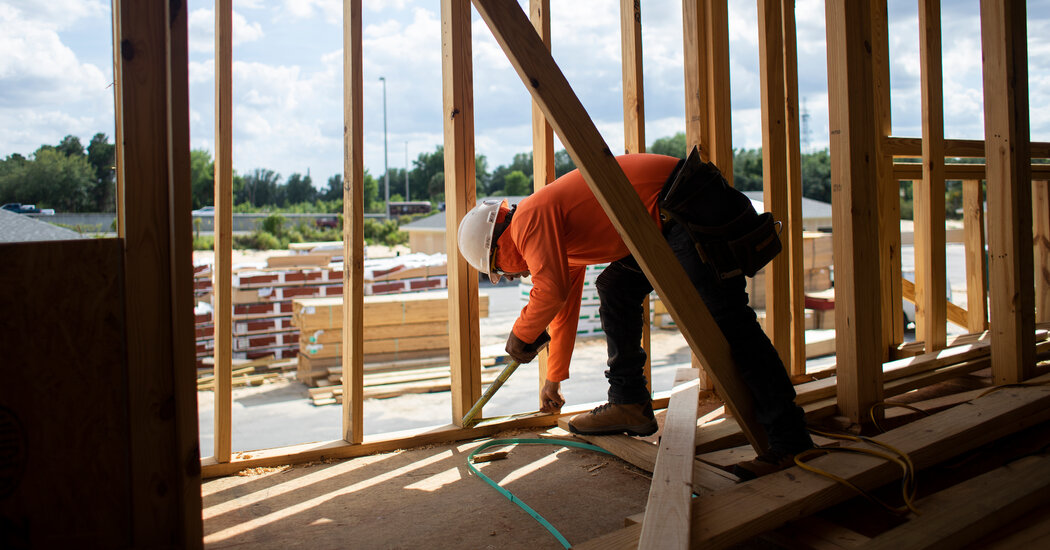 The Information Technology Industry Council, which represents tech companies, urged against “picking winners or losers by prioritizing certain industries over others.” The Association of Home Appliance Manufacturers said semiconductor chips “should not be reallocated from the home appliance industry to another product or use.”

Intensifying the supply chain problems are hefty tariffs that Mr. Trump imposed on Chinese imports, along with steel and aluminum from Europe and other parts of the world. The Biden administration has said it is reviewing the tariffs, but it has so far been reluctant to make a sharp change of course on trade.

“That’s the one where it’s a third rail in terms of politics, domestically,” Chad Bown, a senior fellow at the Peterson Institute for International Economics, said of removing the China tariffs. “It would probably be interpreted as being weak on China somehow.”

Last month, a bipartisan group of senators led by Rob Portman, Republican of Ohio, and Thomas R. Carper, Democrat of Delaware, sent a letter to Katherine Tai, the United States trade representative, urging her to restart the process for American businesses to apply for exemptions from tariffs on Chinese imports so they can more easily buy products that are difficult to get from other countries.

Other industries are also urging the Biden administration to offer relief from tariffs.

The Associated General Contractors of America wrote to Mr. Biden in February, urging him to reach a new softwood lumber agreement with Canada to help alleviate a lumber shortage in the United States. The group noted that the rising prices mean higher building costs for projects at schools, hospitals, restaurants and offices.

Ken Simonson, chief economist for the contractors association, said he was disappointed that his group had received no response from the White House.

“I think that it’s undermining some of his goals to support more jobs in this country and also what he proposes to do on infrastructure,” Mr. Simonson said. “It is going to drive up costs and completion times for projects if we don’t have more availability of materials for affordable prices.”