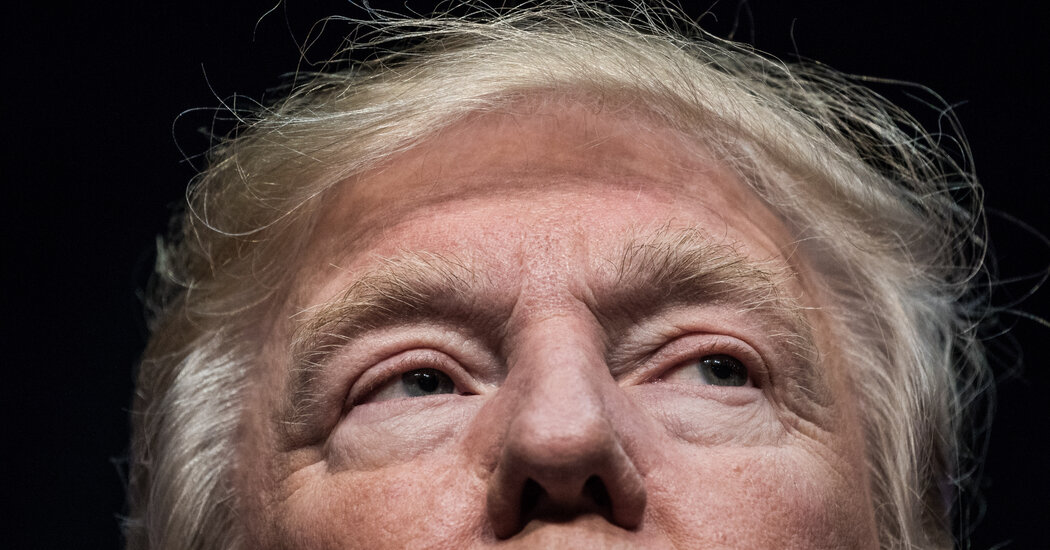 In the end, they passed the buck.

A year ago, Facebook introduced an oversight board that it said would help it answer difficult moderation questions — that is, who is allowed to use the social media site to amplify his voice and who is not.

Yet when presented with its most consequential issue — whether to uphold the site’s indefinite suspension of Donald Trump — the board on Wednesday said Facebook should make the ultimate decision.

The whole farce highlights the fatuousness of having a quasi-court assist a multinational corporation in making business decisions. Its members may be deliberative, earnest and thoughtful, but the oversight board cannot compel Facebook to make underlying policy changes nor set meaningful precedent about moderation. Its remit is only to decide whether specific posts should remain on the site or be removed.

Helle Thorning-Schmidt, an oversight board co-chair and former prime minister of Demark, sought to bolster the body’s importance. “Anyone who is concerned about Facebook’s excessive concentration of power should welcome the oversight board clearly telling Facebook that they cannot invent new unwritten rules when it suits them,” she said in a call with media outlets.

Michael McConnell, another co-chair and a Stanford Law School professor, said Facebook was “open to the suggestions of the board” in an interview. “The immediate holding of our decision is binding and I do think that they are going to set precedent.” He added, “The analogy to the Supreme Court is not bad.”

But Facebook is no public entity and the board’s policy rulings have no legal standing beyond co-opting the language of the legal system. The company, meaning its chief executive, Mark Zuckerberg, will act in its best interests as a business.

(Twitter, Mr. Trump’s favored platform, shut down his account two days after the Capitol riot on Jan. 6 and has announced no plans to restore it, nor has the company farmed out the decision to a third party.)

The board, made up of 20 handpicked scholars, lawyers, politicians and other heavyweights, said Donald Trump’s use of Facebook to spur on the Jan. 6 attack on the Capitol was worthy of an account ban, but that Facebook needed to clarify the duration. The board said that Facebook must decide within six months on a lifetime ban or one of a specific duration.

The issue could drag on, however. The board said it could very well have to rule again on Mr. Trump’s status after Facebook makes its decision.

Beyond the specifics of Mr. Trump’s use of Facebook and Instagram, the oversight board requested the social media company better explain how its rules apply to public figures and more clearly enumerate its strikes and penalties processes, which can appear opaque, particularly when users are suspended or barred with little warning.

Facebook allows an exemption for politicians to lie or break other of its rules in what the company says is the interest of newsworthiness. This is the opposite of how it should be: Politicians are more likely to be believed than regular folks, who are held to a higher standard on the site.

Mr. Trump repeatedly violated Facebook’s community standards, including by threatening other world leaders and pushing conspiracy theories about his enemies. Nearly a quarter of his roughly 6,000 posts last year featured extremist rhetoric or misinformation about the election, his critics or the coronavirus.

And he made it clear on Monday, as the oversight board’s public relations team began publicizing the imminent decision, that his time out of office has not chastened him. Regarding the decisive and fairly run November election, Mr. Trump wrote: “The Fraudulent Presidential Election of 2020 will be, from this day forth, known as THE BIG LIE!”

Ms. Thorning-Schmidt chastised Facebook for what she said were arbitrary rule-making procedures. “The oversight board is clearly telling Facebook that they can’t just invent new, unwritten rules when it suits them and for special uses,” she said. “They have to have a transparent way of doing this.”

But therein lies the unresolvable contradiction. Facebook’s rules, and its oversight board, are constructs of a private entity whose only real accountability is to its founder and chief executive.

The board is good government theater. Until Facebook gives the board a much stronger mandate, it will remain just that.