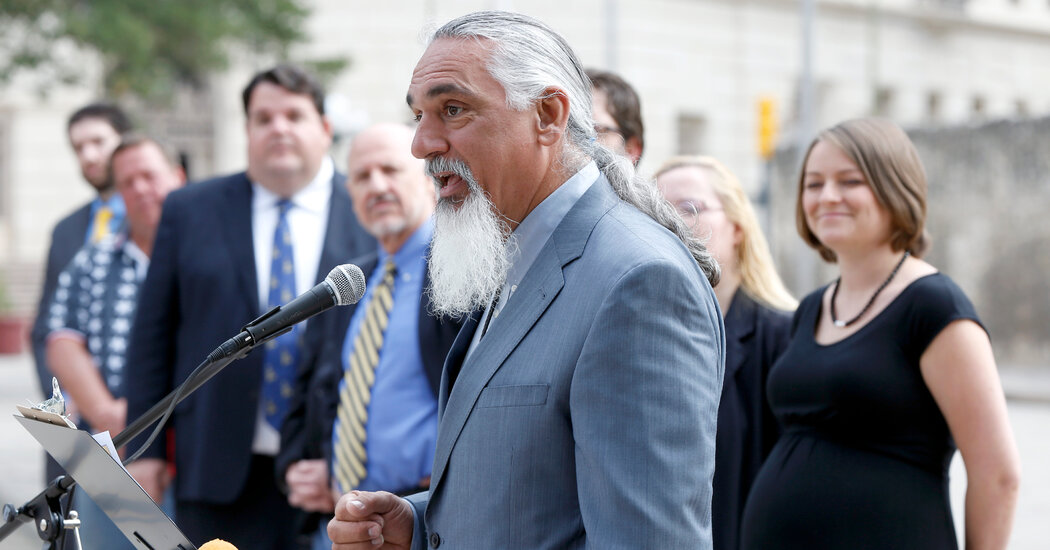 A Texas lawyer known as the D.W.I. Dude for specializing in defending clients charged with driving while intoxicated and drug possession was sentenced this week to more than 15 years in prison for a scheme to pocket money that Colombian cocaine traffickers had been told would go to bribe officials, federal prosecutors said.

According to prosecutors, the lawyer, James Morris Balagia, 65, of Manor, Texas, and two associates solicited payments from drug traffickers he was representing and told them that the money would be paid as bribes in return for favorable treatment of their cases.

“During meetings in Colombia and in Collin County, Texas, the group represented that in exchange for inflated ‘attorney fees,’ they were in contact with government officials in the United States who would accept bribes resulting in either the dismissal of their criminal charges or significant reductions in their U.S. federal prison sentences,” prosecutors said in a statement. “In reality, there were no bribes or government officials.”

The federal authorities were alerted to the scheme by the drug dealers whom Mr. Balagia and his associates were targeting, according to Joe Brown, a former U.S. attorney. “Fortunately for him, these drug dealers chose to turn him in to the F.B.I. rather than handle it any other way,” Mr. Brown said at an earlier stage of the case, The Dallas Morning News reported.

In addition to the prison sentence, Mr. Balagia, a former police officer, was ordered to surrender his law office building in Manor, a suburb of Austin.

The clients Mr. Balagia is accused of targeting had been tagged as “specially designated narcotics traffickers” by the Office of Foreign Assets Control, a financial intelligence and enforcement agency of the U.S. Treasury Department, according to federal prosecutors in Texas. “These individuals were considered some of the biggest drug traffickers in the world,” the prosecutors said.

“We live in a country with the greatest system of justice in the world,” Nicholas Ganjei, the acting U.S. attorney in the Eastern District of Texas, said in a statement. “That system, however, cannot function when officers of the court are corrupt.”

Telephone and email messages sent to lawyers for Mr. Balagia were not returned Tuesday evening.

At Mr. Balagia’s trial, a special agent with the F.B.I. testified about a recording of a meeting Mr. Balagia and his associates held inside a Colombian prison with Segundo Villota Segura, who was facing extradition to Texas.

They spoke about bribing Colombian and American officials to reduce the charges against Mr. Villota Segura, according to the special agent, Jason Rennie. “It was clear that there was an agreement for $2 million that was hashed out between the participants in the meeting,” Mr. Rennie said, according to a court transcript. According to the recording, he added, approximately $1.5 million had already been paid.

Federal prosecutors said that no bribes had ever been paid and that Mr. Balagia and his associates had been participating in a scheme to line their own pockets. Some of the money was deposited “at bank counters across the United States by anonymous individuals with daily deposits totaling just under the $10,000 reporting threshold,” the prosecutors said. Mr. Balagia also received “at least four bulk cash payments” ranging from about $70,000 to $120,000, the prosecutors said.

With long white hair tied in a pony tail and a goatee that hung down to his collar, Mr. Balagia cut a striking figure in Texas’s legal scene. He advertised himself as “the D.W.I. Dude” and once arrived for a hearing in a vehicle emblazoned with the slogan “Busted? Call the Dude!” The Dallas Morning News reported.

Before opening his legal practice in 1992, he was a police officer for 12 years. That experience helped fuel his drive for defending his clients, he said.

“I can tell you that as a former police officer, I witnessed numerous times officers making up testimony as they went,” he said in one video posted to his YouTube channel. “I know how to pull out their bag of tricks and shake it out empty in front of a jury.”