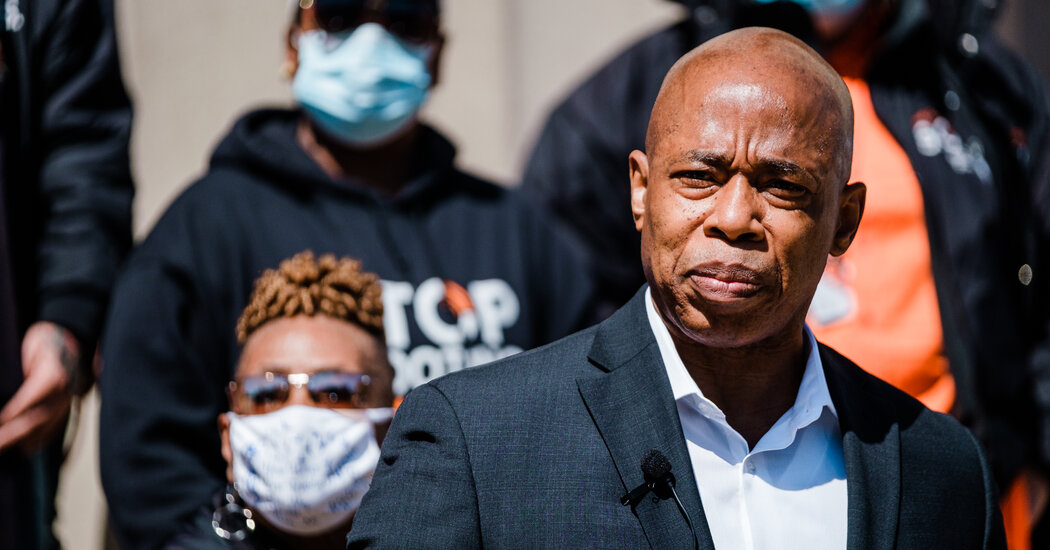 The first step was to leave the police force and enter politics. There was a failed congressional run in 1994, when Mr. Adams’s relationship with the Nation of Islam proved divisive. His switch to the Republican Party in the following years, while Rudolph W. Giuliani was mayor and the party controlled the State Senate, seemed opportunistic; he explained then that “if you take a look at some of the concepts of the Republican Party, you’ll see that many of them are our values.”

By 2006, however, he was a Democrat again, in time for a successful run for State Senate. In the political career that has followed, Mr. Adams has often been ideologically fungible, displaying an independent streak as well as attention-grabbing skills.

He was an early supporter of marriage equality and continued to rail against policing practices, like stop-and-frisk, that were shown to disproportionately affect Black and Latino communities. He turned his focus to issues many other politicians would avoid, such as a “Stop the Sag” campaign that called on Black men to pull up their pants and emphasized personal responsibility as a response to racism. He also pushed for higher pay for elected officials — including himself.

The comments hurt Mr. Adams’s reputation among the city’s political class in the same way the police news conferences had in the years before. In 2010, a scathing state inspector general report said that Mr. Adams, then the chairman of the Senate Racing, Gaming and Wagering Committee, had given the “appearance of impropriety” by getting too close to a group that was seeking a casino contract at Aqueduct Racetrack.

The inspector general said Mr. Adams had attended a party thrown by the lobbyist, earned campaign donations from the group’s shareholders and affiliates, and conducted a process that amounted to a “political free-for-all.”