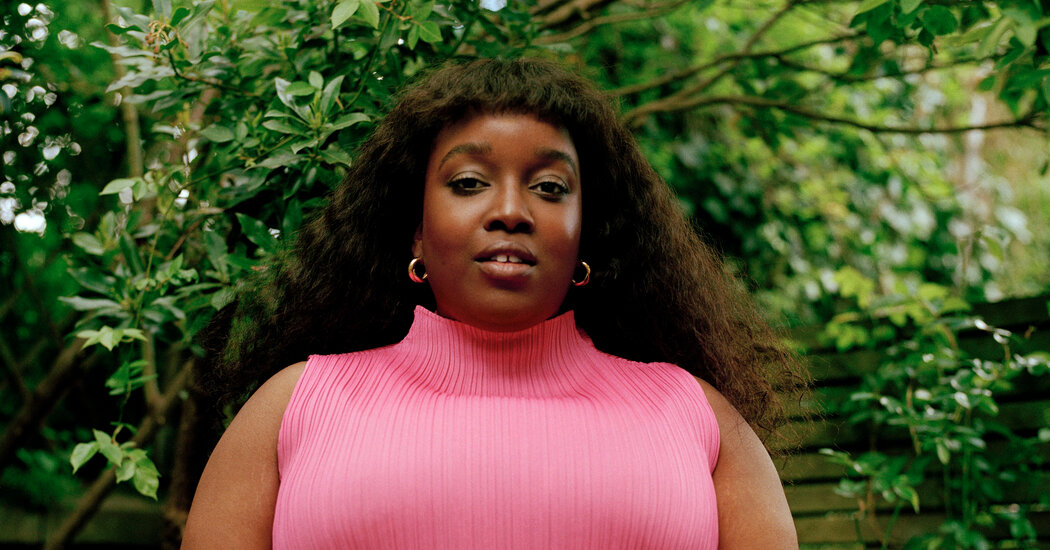 LONDON — Lolly Adefope has range. In the last few years, the 30-year-old actress and comedian has appeared on TV as the sweet-natured specter of an 18th-century noblewoman (in the BBC comedy “Ghosts”), an exuberant hairdresser sleeping her way through Portland’s queer scene (in the Hulu dramedy “Shrill”) and God’s apathetic assistant (in TBS’s “Miracle Workers”).

What unites these disparate roles, Adefope said in a recent interview, is that the characters “really know themselves.” As, it seems, does Adefope, whose discerning approach to her career demonstrates natural self-confidence, a rigorous dedication to her craft and an unwillingness to be pigeonholed.

“I want to play all of the parts,” said Adefope, although she added she would draw the line at an action hero. (Too much training before those door-kicking scenes, she said.) A spy, however? “That would be cool.”

Her career plan, Adefope said, was “to nail a few things first, and then maybe I can focus on the one that I do the best.”

In Britain, TV viewers have had the chance to check out her diverse talents since she crossed over to acting from stand-up five years ago, but in the United States, she is still best known as Fran on “Shrill.” Based on Lindy West’s memoir of the same name, the show’s third, and final, season comes to Hulu on Friday.

When “Shrill” premiered in 2019, some critics noted with approval that the show casts two plus-size women in complex, layered roles. “Saturday Night Live’s” Aidy Bryant co-stars as Annie, the character based on West, and early episodes focused on her journey toward self-acceptance — but today “Shrill” is not only a show about body positivity. “It’s just a funny, touching show about people and how they interact,” Adefope said.

Although Fran started out as more of a supporting role, she has grown into a complicated character with more screen time. “You can hit the comedy,” said Adefope, “but a lot of ‘Shrill’ is also emotional.” It was “probably the most dramatic acting I’ve done,” she added.

In an interview, Bryant, who also wrote and cocreated “Shrill,” praised Adefope’s technical skill and her ability to make minute adjustments that transform the timbre of a scene. “When we edit the show,” Bryant said, “we always marvel at how much she can convey with just the slightest movement of her eyes.”

Born in South London, Adefope grew up watching British TV comedians like Catherine Tate, Armando Iannucci and Steve Coogan. A high achiever in school — “that’s having Nigerian parents, to be honest,” she said — she studied English literature at college, where she first began performing in a comedy sketch troupe.

After graduating, Adefope took a job handing out fliers at the Edinburgh Festival Fringe, before performing two well-reviewed solo stand-up shows there — “Lolly” and “Lolly 2” — in 2015 and 2016.

Her Edinburgh shows also brought her to the attention of casting directors, who have long used the Scottish performing arts festival to recruit the next generation of British onscreen talent. Very quickly, parts in prime time TV shows followed.

Then “Shrill” premiered two years ago, and the offers started flooding in. But casting directors kept wanting her to play poorly conceived, sometimes offensive iterations of Fran from “Shrill,” Adefope said.

Another role that kept coming up, Adefope said, was “the weird friend,” and she wondered if this was because she is Black.

“TV is kind of messed up in terms of stereotypes,” Adefope said, “and who plays the leading man and leading lady. It always felt that there were a lot of shows where there was a white lead female, who was attractive, and then I was being offered the kooky friend. And it was just like, ‘Why can’t this be the other way around?’”

In stand-up, however, Adefope is in complete control. “I’m doing every part of it,” she said, “I’m writing it, I’m directing it.” Her sets also prioritize nuance, spinning the minuscule quirks and foibles of people she knows or meets into comic characters: faux-progressive men from her social circle, or tedious “five-time” vegan revolutionaries.

Adefope once attempted to write a character based on a right-wing comedian, she said, but she had to scrap it, because she doesn’t encounter anyone like that in real life. “It’s easier to make fun of myself, or people I know,” she added.

“She’s an expert at observing the tiny embarrassing nuances of human nature,” Martin said in an interview, “and using them to imbue all her characters with this wonderful amount of detail. She can make me laugh out loud with just a tiny twitch of her eye.”

When Adefope landed the part of Fran, she canceled her third solo show, “Lolly 3,” to concentrate on “Shrill.” Stand-up has been on the back burner since, but Adefope has gigs planned in Britain for the summer. (Those will be about “whatever is annoying me at the time,” she said.)

“You can’t really say you’re a comedian until you’re gigging, and I don’t want to crossover fully into an actress,” Adefope said.

Another thing she doesn’t want to do, she added, was to move away from London. “If I go to L.A.,” she said, “then my whole life will be acting and talking to actors.” Plus, she said, “I want to keep the British side of my sense of humor.”

Given Adefope’s exacting approach to her career, it was perhaps inevitable that she would end up behind the camera, writing her own projects: She said she was developing a show for an American production company, with a view to starring in it herself, and that she is also working on a narrative podcast.

“It’s not necessarily going to be the industry that creates all this versatility for you,” she said. “It has to be something you do yourself.”

It could be a while, though, before we get to see what she’s done. “I work very slowly at writing my own stuff,” Adefope said — partly because she’s filming a lot, but also because she’s “a perfectionist.”

When both projects come out, they will no doubt be crafted with the precision engineering that characterizes all of Adefope’s work. “I watch other shows and I really analyze what works and what I think doesn’t,” she said. “I put a lot of pressure on myself. I’ll want to make sure my show is flawless.”