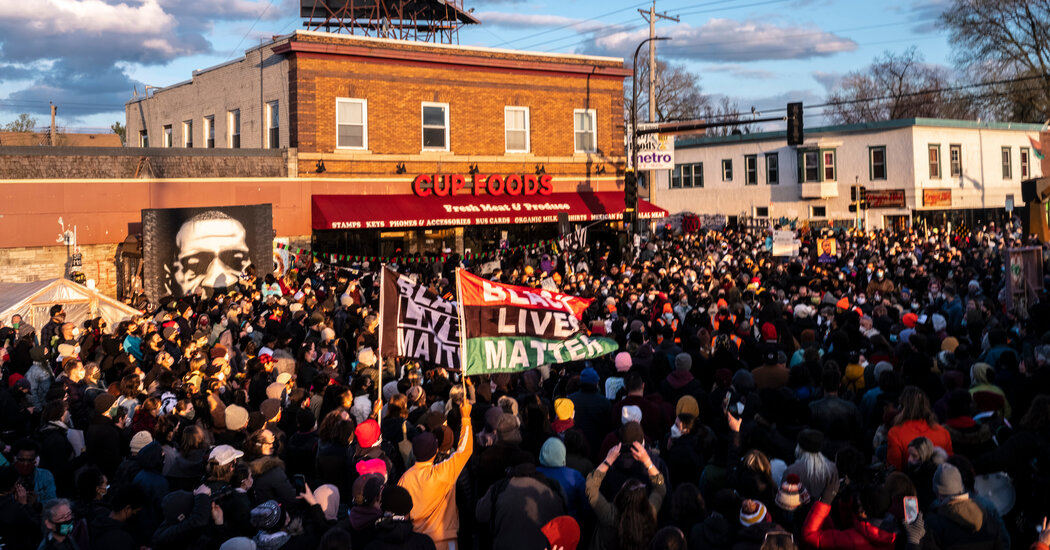 Four former Minneapolis police officers were indicted on charges of violating the civil rights of George Floyd, a Black man whose killing last year led to months of demonstrations against police violence, the Justice Department announced on Friday.

The indictment was returned by a federal grand jury weeks after one of the officers, Derek Chauvin, was convicted of second-degree murder in the death of Mr. Floyd. The charges are another extraordinary censuring of law enforcement officials, who rarely face criminal charges for using deadly force.

The indictment alleges that by holding his left knee across Mr. Floyd’s neck and his right knee on his back and arm as he lay on the ground, handcuffed and unresisting, Mr. Chauvin used unconstitutional, unreasonable force that resulted in Mr. Floyd’s death.

Mr. Thao and Mr. Kueng were charged with willfully failing to stop Mr. Chauvin from using unreasonable force. All four defendants saw Mr. Floyd lying on the ground in need of medical care and willfully failed to aid him, depriving him of his constitutional right not to be deprived of liberty without due process of law, which included Mr. Floyd’s right to be free from an officer’s deliberate indifference to serious medical needs, the indictment said.

A second indictment also charged Mr. Chauvin with depriving a teenager of his civil rights during a September 2017 encounter in which the former officer is accused of holding the minor by the throat and striking his head multiple times with a flashlight.

Mr. Chauvin held his knee on the neck and the upper back of the teenager, even after the child lay prone, handcuffed and unresisting, and that resulted in injuries, the indictment said.

In recent years, the Justice Department has opened civil rights investigations into high-profile assaults and killings of Black people by police officers, but the inquiries have rarely resulted in charges against officers in part because the standard for the federal charge — that in the course of policing, an officer willfully deprived a person of civil rights — is a high bar to meet.

It can be difficult to show that an officer willfully intended to deprive people of their civil rights, former lawyers in the Justice Department’s civil rights division have said. Prosecutors argued against charging Daniel Pantaleo, the officer involved in the 2014 death of Eric Garner in Staten Island, in part because they said that Mr. Pantaleo’s intent in putting Mr. Garner in a choke hold was unclear.

“Willfulness is the highest intent standard under criminal law — that the person set out to act with the purpose of depriving someone of their rights,” said Jonathan M. Smith, a former official in the Justice Department’s civil rights division who now serves as executive director of the Washington Lawyers’ Committee for Civil Rights and Urban Affairs.