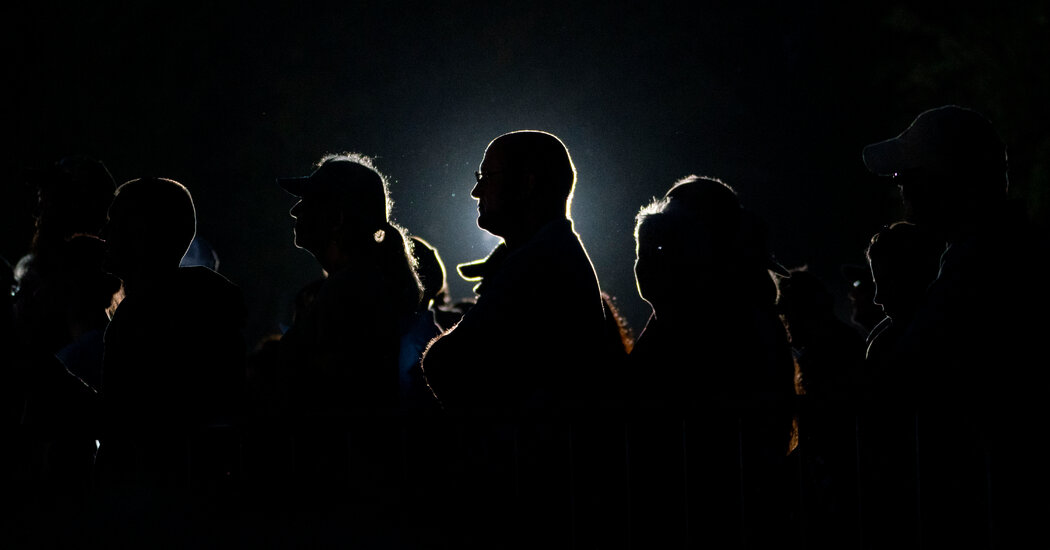 Could today’s version of America have been able to win World War II? It hardly seems possible.

That victory required national cohesion, voluntary sacrifice for the common good and trust in institutions and each other. America’s response to Covid-19 suggests that we no longer have sufficient quantities of any of those things.

In 2020 Americans failed to socially distance and test for the coronavirus and suffered among the highest infection and death rates in the developed world. Millions decided that wearing a mask infringed their individual liberty.

This week my Times colleague Apoorva Mandavilli reported that experts now believe that America will not achieve herd immunity anytime soon. Instead of being largely beaten, this disease could linger, as a more manageable threat, for generations. A major reason is that about 30 percent of the U.S. population is reluctant to get vaccinated.

Americans have always been an individualistic people who don’t like being told what to do. But in times of crisis, they have historically still had the capacity to form what Alexis de Tocqueville called a “social body,” a coherent community capable of collective action. During World War I, for example, millions served at home and abroad to win a faraway war, responding to recruiting posters that read “I Want You” and “Americans All.”

That basic sense of peoplehood, of belonging to a common enterprise with a shared destiny, is exactly what’s lacking today. Researchers and reporters who talk to the vaccine-hesitant find that the levels of distrust, suspicion and alienation that have marred politics are now thwarting the vaccination process. They find people who doubt the competence of the medical establishment or any establishment, who assume as a matter of course that their fellow countrymen are out to con, deceive and harm them.

This “the only person you can trust is yourself” mentality has a tendency to cause people to conceive of themselves as individuals and not as citizens. Derek Thompson of The Atlantic recently contacted more than a dozen people who were refusing to get a Covid-19 vaccine. They often used an argument you’ve probably heard, too: I’m not especially vulnerable. I may have already gotten the virus. If I get it in the future it won’t be that bad. Why should I take a risk on an experimental vaccine?

They are reasoning mostly on a personal basis. They are thinking about what’s right for them as individuals more than what’s right for the nation and the most vulnerable people in it. It’s not that they are rebuking their responsibilities as citizens; it apparently never occurs to them that they might have any. When Thompson asked them to think in broader terms, they seemed surprised and off balance.

The causes of this isolation and distrust are as plentiful as there are stars in the heavens. But there are a few things we can say. Most of the time distrust is earned distrust. Trust levels in any society tend to be reasonably accurate representations of how trustworthy that society has been. Trust is the ratio of the times someone has shown up for you versus the times somebody has betrayed you. Marginalized groups tend to be the most distrustful, for good reasons — they’ve been betrayed.

The other thing to say is that once it is established, distrust tends to accelerate. If you distrust the people around you because you think they have bad values or are out to hurt you, then you are going to be slow to reach out to solve common problems. Your problems will have a tendency to get worse, which seems to justify and then magnify your distrust. You have entered a distrust doom loop.

A lot of Americans have seceded from the cultural, political and social institutions of national life. As a result, the nation finds it hard to perform collective action. Our pathetic Covid response may not be the last or worst consequence of this condition.

How do you rebuild trust? At the local level you recruit diverse people to complete tangible tasks together, like building a park. At the national level you demonstrate to people in concrete ways that they are not forgotten, that someone is coming through for them.

Which brings us to Joe Biden. The Biden agenda would pour trillions of dollars into precisely those populations who have been left out and are most distrustful — the people who used to work in manufacturing and who might now get infrastructure jobs, or the ones who care for the elderly. This money would not only ease their financial stress, but it would also be a material display that someone sees them, that we are in this together. These measures, if passed, would be extraordinary tangible steps to reduce the sense of menace and threat that undergirds this whole psychology.

The New Deal was an act of social solidarity that created the national cohesion we needed to win World War II. I am not in the habit of supporting massive federal spending proposals. But in this specific context — in the midst of a distrust doom loop — this is our best shot of reversing the decline.