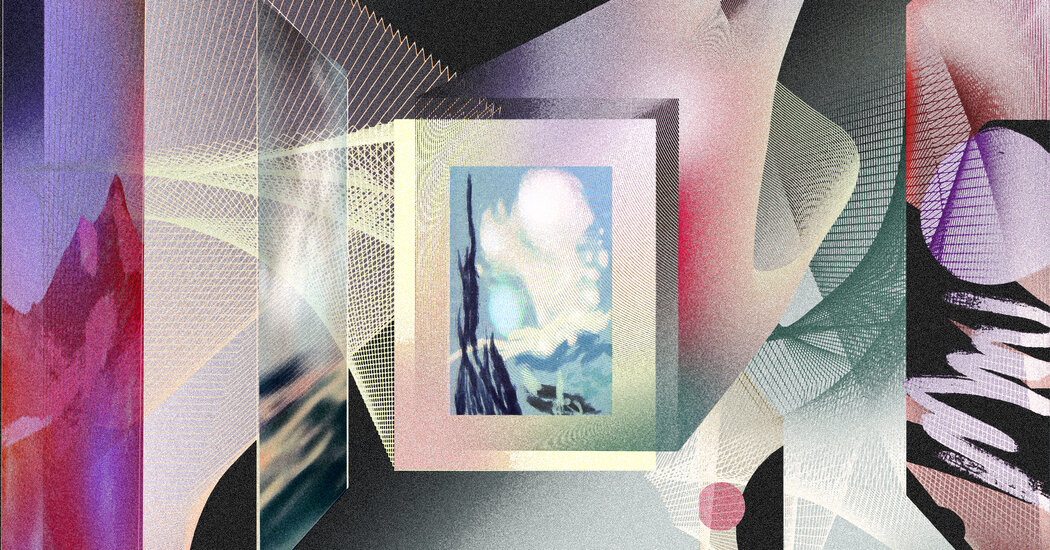 Ever since a computer file made by the digital artist known as Beeple sold at auction in March for $69 million, observers of the art world have been fascinated and bewildered by the astronomical spike in prices for this type of work — so-called NFT-based art. These are digital creations that, because they are otherwise easily susceptible to being copied and reproduced, are sold as unique assets in the form of nonfungible tokens, or NFTs, which use blockchain technology to certify authenticity and proof of ownership. (Beeple’s piece was a collage of images that he had posted online every day since 2007.)

The market for this art has grown drastically. From April 5, 2018, through April 15 of this year, 6,158 artists sold 191,208 pieces of NFT-based art for a total of $541,378,383, according to Crypto Art, a website that tracks such sales. Roughly half of these transactions took place this past March, giving rise to one of the greatest and most sudden asset booms in history.

As an art collector, I enjoy coming across an intriguing piece of art and asking myself how much I might pay to own it. But as a network scientist, when I encounter a complex phenomenon like the art market, I am inclined to examine its hidden structure, drawing from multiple disciplines (physics, sociology, computer science) to reveal the unseen patterns of relationships that can help explain how it works and why.

From the moment I learned about the world of NFT-based artwork, I’ve been busy doing what I do best: mapping — that is, analyzing and visually representing — the patterns of ownership transactions that underlie the genre’s meteoric rise. My maps show that the market for NFT-based art is extremely insular and tightly connected, even by the standards of the art world, especially among owners who buy and sell several times. These features of the network may help explain the enormous spikes in sales prices for NFT-based art.

An NFT is a permanent and reliable public online record of ownership that can be connected to any asset. (This year the chief executive of Twitter, Jack Dorsey, sold his first-ever tweet as an NFT for $2.9 million.) In the case of NFT-based art, the NFT includes information about the “primary” market — the creator, the first collector and the sale price — as well as a record of the “secondary” market, subsequent changes in ownership and valuation over time. In the traditional art world, this kind of information is often veiled in secrecy.

It will take some time to map the entire set of ownership transactions in which an NFT-based artwork was involved, even for my lab’s cutting-edge computers. But working with the data scientist Milan Janosov, I have already discerned some interesting patterns.

We started our analysis by looking at a website called SuperRare, one of the earliest and most prominent platforms for buying and selling single-edition digital art. Using specialized algorithms, our computers traced every transaction on SuperRare in which an NFT was involved. The story began on April 5, 2018, with the posting of an artificial-intelligence-generated nude portrait by Robbie Barrat, which was purchased soon thereafter for $176 by a collector named Jason Bailey. (Mr. Barrat’s artwork resold for $112,717 on Jan. 5 this year.) By April 15 of this year, according to our analysis, 16,198 works created by 887 artists had changed ownership on SuperRare, involving 3,210 collectors and more than 23,000 transactions.

As in the traditional art market, a majority of these collectors “buy and hold” — here, the figure is over 60 percent — meaning that the digital art they purchase does not re-enter the market. But as in the traditional art market, there is also a lively secondary market for NFTs. In March 2020, the secondary-market activity accounted for 9 percent of sales on SuperRare. By March of this year, the secondary market was booming: Resales accounted for 36 percent of the art sold on the platform.

Next we had to decide which aspects of the NFT-based art market we wanted to map. We chose to look at patterns of co-ownership: We would plot every work of art as a node in the network, and we would link two artworks if they were at any time during their existence owned by the same collector.

Why focus on co-ownership? Our reasoning was that art collectors tend to specialize in certain segments of the market — a particular group of artists (say, the Hudson River School) or an artistic movement (like Impressionism), genre (like still life) or medium (like sculpture). As a result, patterns of co-ownership, we suspected, would reflect meaningful commonalities among the artworks.

Our next step was to lay out the network in two-dimensional physical space so that we could best observe its structure. To do that, we had our computers arrange the network so as to minimize the total length of the links among the nodes. This ensured that we would be able to see patterns of ownership clearly: Artworks owned by a single collector would have to be physically arrayed quite closely with one another (because there would be many links among them), while artworks that were connected by several “degrees of separation” (not having two owners in common but nonetheless linkable through a series of owners) would have to be farther apart. Artworks that were not connected to other artworks through any chain of ownership would float free as isolated nodes or in isolated clusters.

Our hunch was that the network would reveal itself to be fragmented into isolated clusters, each reflecting the specialized interest of collectors in certain types of artists and artworks. But the network we obtained defied our expectations, showing a central, highly interlinked structure — one that contained all but 122 of the more than 16,000 artworks. To give you a sense of how extraordinarily small-world this market is, any two artworks in this network (excluding the 122 exceptions) are connected not through the proverbial six degrees of separation but through a chain of no fewer than three collectors.

As you can see, the network has several large and easily detectable “communities” — groups of artworks densely linked to one another. What do these communities represent? At first, we suspected that they were collections of artworks in various subgenres of NFT-based art, exhibiting visual or conceptual similarities and thus attracting collectors with similar tastes and affinities. To test this suspicion, we assigned a color to each node corresponding to the artist who created the work. But the resulting cacophony of colors disconfirmed that hypothesis. While there appeared to be a mild preference for certain artists in some of these communities, the pattern appeared more accidental than explanatory.

We then explored another hypothesis: that the communities represented collectors. This time, we assigned a color to each node corresponding to the artwork’s current owner. This was our eureka moment. The map revealed that each community was associated with a single collector.

Though we tallied 3,210 collectors on SuperRare at the time of our analysis, the bulk of the artworks were in the hands of a few investors. You can see this quite clearly if you look at the primary market, where the largest clusters represent artworks purchased by four early investors, who go by the screennames @momuscollection (dark blue, left), @0x123456789 (pink, top), @thedruid (light blue, top right) and @ethsquiat (yellow, top right). (The large orange cluster at the bottom has certain properties that suggest it may represent works owned by a user who is no longer active on SuperRare.)

It is not unusual in the art world for a small number of enterprising collectors to dominate the primary market for new art. In the 1870s, for example, the art dealer Paul Durand-Ruel, who was among the first to recognize the potential of Modern art, acquired more than 5,000 canvases, including about 1,000 Monets, 1,500 Renoirs and 800 Picassos. But typically, as a vanguard rises in prominence, new collectors enter the market and ownership is diversified.

This diversification does not appear to have happened in the world of NFT-based art, at least not yet. Our map of the network showed that the secondary market was even more concentrated than the primary market. During the period we analyzed, two collectors, @0x123456789 (pink) and @momuscollection (dark blue), bought a sizable number of works from the early investors, establishing a dominance over the market.

Why is this network significant? For one thing, it suggests that when it comes to the basic economic variables of supply and demand, the supply within SuperRare of artworks for sale is tightly controlled. Combine this controlled supply with the sudden surge of interest in digital art, and you are looking at a demand-driven market. (There is also an additional constraint on supply created by SuperRare, which admits new artists to its platform at a slow rate.)

But more important is the sheer openness of the market. Historically, the art market has thrived in opacity: Works purchased in the primary and the secondary markets often disappear from public view, ending in private collections. Buyers too often lack complete information about comparable prices, supply and other relevant features of the market. Those who have more information — typically, gallery owners and dealers — can make fortunes as a result.

NFT-based art brings a welcome degree of transparency to ownership and transactions. This makes NFTs more than a niche art market. By introducing the idea that artists of all stripes — traditional as well as digital — can use blockchain technology to publicly authenticate their works and openly chronicle their sales history, NFTs promise (or threaten, depending on your perspective) to level the playing field for the entire art market, fundamentally reshaping how art is traded and collected.

Albert-Laszlo Barabasi (@barabasi) is a professor of network science at Northeastern University and at Central European University. He leads the BarabasiLab, a collective of scientists and artists whose visual work is currently the subject of exhibitions at the ZKM Center for Art and Media in Karlsruhe, Germany, and the Ludwig Museum in Budapest.

The Times is committed to publishing a diversity of letters to the editor. We’d like to hear what you think about this or any other of our articles. Here are some tips. And here’s our email: letters@nytimes.com.