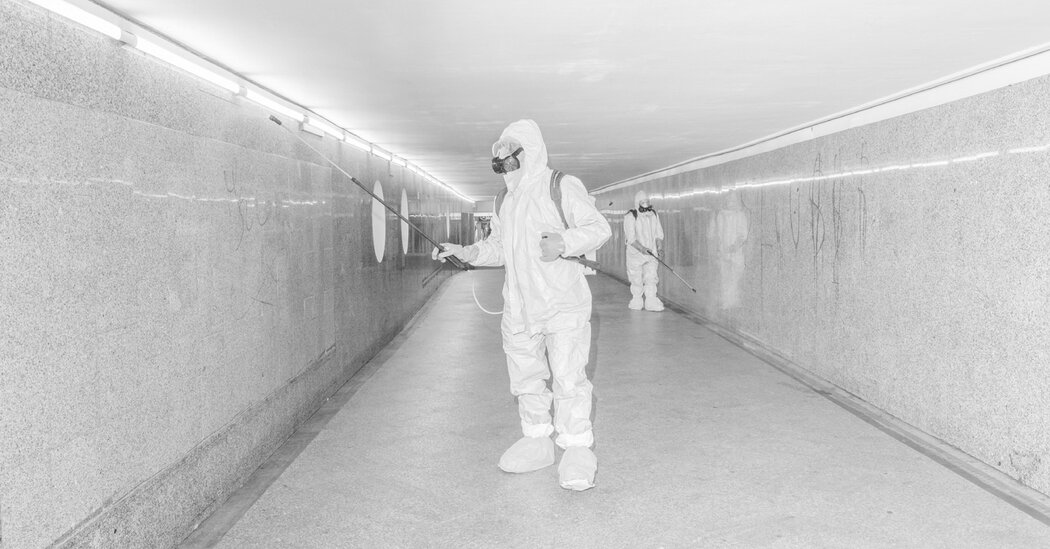 Linsey Marr, a professor of engineering at Virginia Tech who made important contributions to our understanding of airborne virus transmission before the pandemic, pointed to two key scientific errors — rooted in a lot of history — that explain the resistance, and also opened a fascinating sociological window into how science can get it wrong and why.

First, Dr. Marr said, the upper limit for particles to be able to float is actually 100 microns, not five microns, as generally thought. The incorrect five-micron claim may have come about because earlier scientists conflated the size at which respiratory particles could reach the lower respiratory tract (important for studying tuberculosis) with the size at which they remain suspended in the air.

Dr. Marr said that if you inhale a particle from the air, it’s an aerosol. She agreed that droplet transmission by a larger respiratory particle is possible, if it lands on the eye, for example, but biomechanically, she said, nasal transmission faces obstacles, since nostrils point downward and the physics of particles that large makes it difficult for them to move up the nose. And in lab measurements, people emit far more of the easier-to-inhale aerosols than the droplets, she said, and even the smallest particles can be virus laden, sometimes more so than the larger ones, seemingly because of how and where they are produced in the respiratory tract.

Second, she said, proximity is conducive to transmission of aerosols as well because aerosols are more concentrated near the person emitting them. In a twist of history, modern scientists have been acting like those who equated stinky air with disease, by equating close contact, a measure of distance, only with the larger droplets, a mechanism of transmission, without examination.

Since aerosols also infect at close range, measures to prevent droplet transmission — masks and distancing — can help dampen transmission for airborne diseases as well. However, this oversight led medical people to circularly assume that if such measures worked at all, droplets must have played a big role in their transmission.

Other incorrect assumptions thrived. For example, in July, right after the letter by the hundreds of scientists challenging the droplet paradigm, Reuters reported that Dr. John Conly, who chairs a key W.H.O. infection prevention working group, said that there would be many more cases if the virus was airborne and asked, “Would we not be seeing, like, literally billions of cases globally?” He made similar claims last month. And he is not the only member of that group to assert this, a common assumption in the world of infection control well into 2021.

However, Dr. Marr pointed out, there are airborne diseases, like measles, that are highly contagious and others, like tuberculosis, that are not. Moreover, while SARS-CoV-2 is certainly not as infectious as measles on average, it can be highly infectious in the superspreading events driving the pandemic.