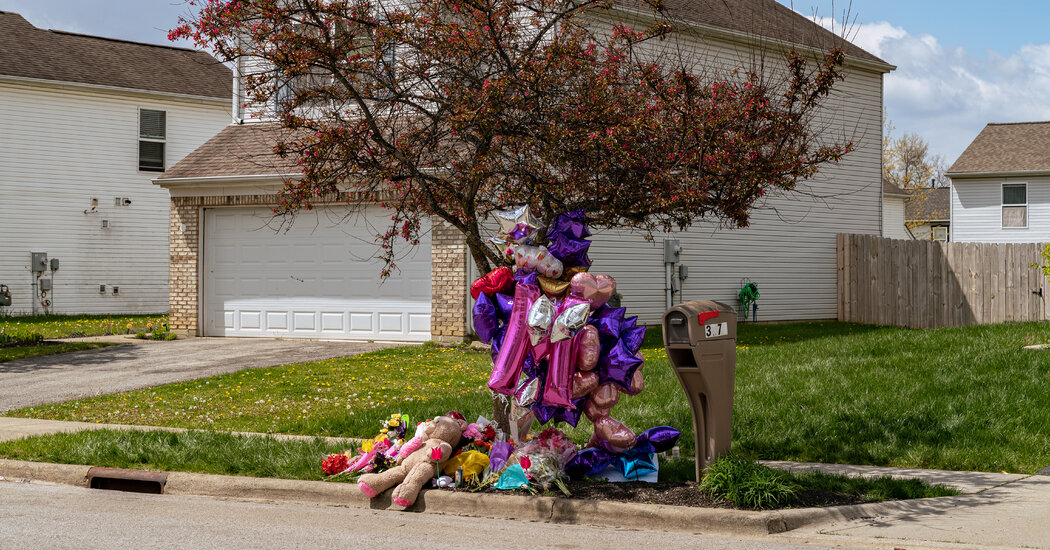 Ms. Cates, who formerly cared for Ma’Khia, said Ms. Moore faced a problem common to many foster parents: The agency expected her to work full-time outside the home, a situation that forced her to leave foster children unsupervised.

“I believe she was a loving, caring foster parent,” she said. But, she added, “foster parenting is a full-time job.”

By this spring, Ja’Niah said, Ms. Moore’s home had become increasingly tense. In the weeks leading up to the shooting, she said, Ms. Moore had accused the girls of stealing the cards that carry cash benefits for food.

And she said Ms. Moore sometimes left them unsupervised, or with former foster children, women in their 20s who, she said, berated them and mocked Ma’Khia’s speech impediment.

After school on April 20, the two Bryant girls found themselves alone in the house with Tionna Bonner, 22, one of Ms. Moore’s former foster children and, Ja’Niah said, her special favorite.

Ms. Bonner, who had come to celebrate Ms. Moore’s birthday the previous day, was now scolding the girls, saying they were habitually disrespecting Ms. Moore.

The dispute escalated quickly, but when Ja’Niah called Ms. Moore, who was at work, she said she was too busy to get involved, Ja’Niah said. So each of them called for backup: Ja’Niah called her grandmother, and Ms. Bonner called another young woman, Shai-Onta Craig-Watkins, 20, who had lived in the house as a foster child. Neither Ms. Bonner nor Ms. Craig-Watkins agreed to be interviewed for this article.