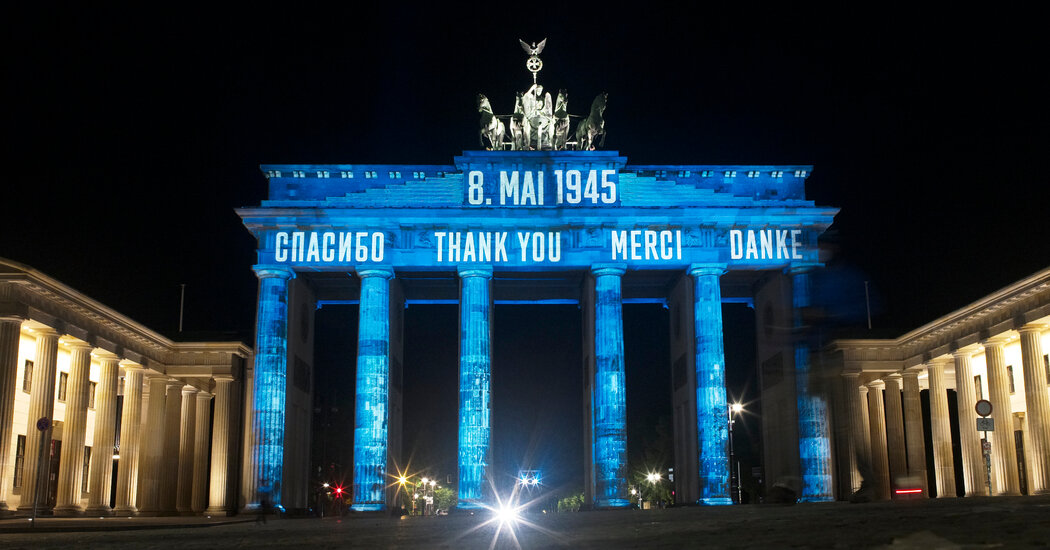 Those who most strenuously object to the “liberation” framing often have noxious reasons. Figures on Germany’s radical right see May 8 as a day of defeat to be lamented, part of a long postwar effort to portray Germans as victims. The anniversary cannot be made into “a happy day for Germany,” Alexander Gauland, a parliamentary leader of the far-right Alternative for Germany, said last year. For those in concentration camps, it was liberation, he said. “But it was also a day of absolute defeat, a day of losing large parts of Germany and losing autonomy.”

But the discussion of May 8 as a day of liberation, however well intentioned, does not just challenge the far-right narrative. It also muddies historical reality and could contribute exactly to what many of those who embrace it wish to avoid: a shunning of historical responsibility. At a time when living memories are disappearing, some Germans — now and in future generations — will take the talk of liberation literally, glossing over the complicity of the masses in Nazi crimes.

For decades after the war, Germans — at least in West Germany — mostly ignored May 8, believing themselves to be largely innocent casualties of history. Hitler and a criminal band surrounding him were responsible, the narrative of denial went, and now Germans were forced to bear the burden of living in a divided and diminished land. As an awareness of the Holocaust and German crimes became more widespread, there was a pushback. Many felt themselves to be victims of their burden of guilt. The wide-scale reckoning with the crimes of the past had barely begun when some politicians began calling for a “Schlussstrich,” a “final line,” that would end the looking back.

It was in an effort to oppose this mentality that on V-E Day in 1985, the president of West Germany, Richard von Weizsäcker, gave a speech that is now considered one of the most important in the country’s postwar history. Germans at the end of the war, he said, felt “exhaustion, despair and new anxiety.” Yet, he went on, “with every day something became clearer, and this must be stated on behalf of all of us today: The 8th of May was a day of liberation. It liberated all of us from the inhumanity and tyranny of the National Socialist regime.”

President Weizsäcker, a conservative, received criticism from members of his own bloc who preferred to forget rather than reinterpret the past. The reaction from East Germany was also notable: The official Communist Party newspaper published a letter by Herbert Mies, the chairman of the German Communist Party — a fringe ally in the West — thanking Mr. Weizsäcker for recognizing the “antifascist resistance” of the Communist liberators. In East Germany, May 8 was for many years celebrated as The Day of Liberation of the German People From Hitler Fascism. The occasion served as a convenient way for the state to advance its antifascist-founding myth, to avoid its own historical reckoning and to demonize West Germany as the heir to Nazism.