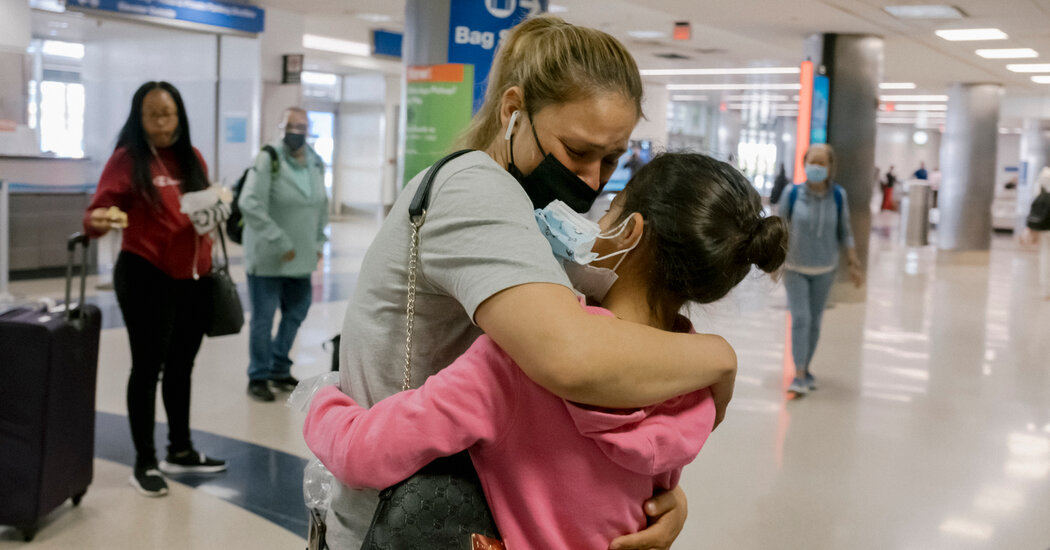 “I did it because I had to,” Ms. Paredes, 36, said of her decision years ago to leave her children behind in Guatemala. She had hoped that they and the rest of her family of rural sharecroppers would benefit from the money she was able to send home.

“Growing up, we walked barefoot; we were so poor,” she said. “I wanted better for my children.”

A new life in California

Ms. Paredes, a single mother, had left behind not only Melissa, who was then 3, but her two older children, ages 9 and 6. She told them she would return in five years.

Joining an older brother in Oxnard, Calif., she found work packing cosmetics for a company owned by the Kardashian family by day and washing dishes at a restaurant by night. She lived in a converted garage.

“From the first month, I was sending as much money as possible to my mother and children,” said Ms. Paredes, who shared about $600 a month.

Over the years, she helped her mother add a kitchen to her hut, buy appliances and cover the cost of doctors’ visits and medicine to treat her heart and liver ailments. For her children, the money she sent went to clothes, toys and education-related expenses. She bought a modest house a block away from her parents, hoping to live there one day with her family.

“I thought Melissa was still too young to make the trip,” Ms. Paredes said.