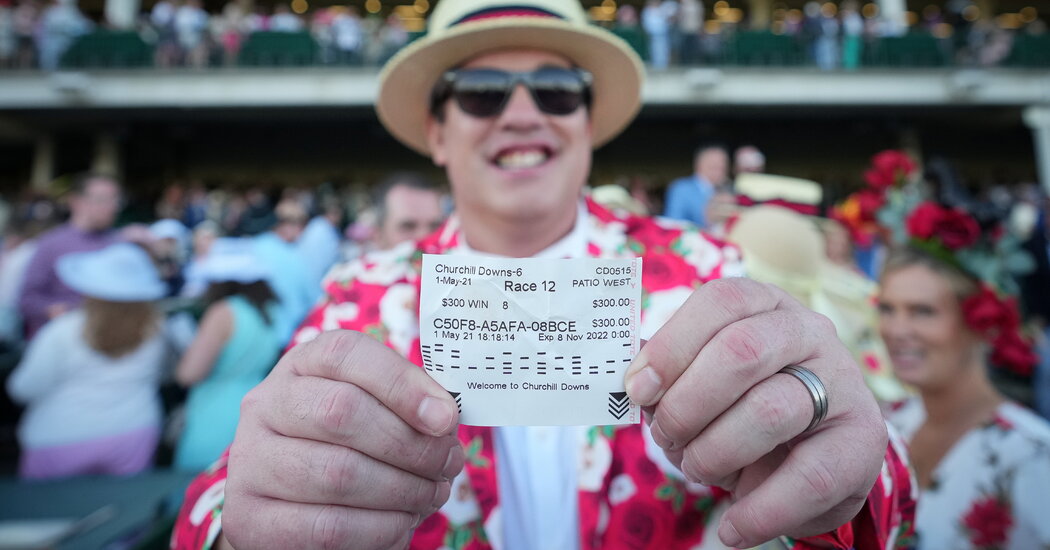 So now that the Kentucky Derby winner Medina Spirit has failed a drug test, I can cash my bet on the second-place finisher, Mandaloun. And my buddy who bet Medina Spirit will have to return his winnings, right?

Betting rules at horse racing tracks, off-site wagering venues and internet sites are very clear in cases like this. Once a race has been declared official, a few minutes after it is over, the betting is final. Winners can collect their cash, and losers can tear up their tickets.

The reason for this is pretty simple. Once the money starts getting handed over, it becomes impossible to track. Derby bettors have long since folded up their cash, or maybe spent it on a round of drinks. And who’s going to be the person tasked with walking up to Lefty or Cincinnati Joe and asking him to give back that $20 he just pocketed?

This statute of limitations applies to other kinds of sports wagering. When Reggie Bush returned his 2005 Heisman Trophy five years later in the wake of a recruiting scandal, none of those who bet on him to win it had to return their profits. Entire teams can be stripped of their moments of triumph. Bettors cannot.

Now that a lot of betting is done over the internet, it is possible to know in some cases who bet on whom. But reclaiming money and paying out other bettors would still be logistically difficult, and few betting sites would want to do it.

Not only that, but there is no guarantee that the decision on Medina Spirit won’t be reversed, and maybe reversed again.

That’s what happened in 1968, the only other time a Derby winner was disqualified for drug reasons. That case dragged on for four years, until it was finally confirmed that Dancer’s Image, who had finished first, had illegal drugs in his system, and that Forward Pass was the winner.

Medina Spirit’s trainer, Bob Baffert, said he did not drug his horse and that he and his team did not know who might have done it. In 1968, the theory was put forward that Dancer’s Image had been drugged by nefarious characters who objected to his owner Peter Fuller’s support for civil rights.

The only other time a Derby winner was disqualified, the result for bettors was different. In 2019, Maximum Security crossed the line first but — importantly, before the results were announced as official — was ruled to have interfered with several other horses.

Normally a race is declared official in a few minutes. Even when the stewards look at a possible infraction it usually takes only five or 10. That year, perhaps because of the importance of the Derby, there was a 22-minute delay while the incidents involving Maximum Security were looked at from every angle. In the end, Maximum Security was disqualified for coming off the rail and impeding the path of the horses chasing him. Country House was declared the winner.

In that case, however, it was Country House bettors who were happy. Paying off bets does not begin until the race is declared official, which occurred right after the inquiry was complete.

The case of Medina Spirit will take a bit longer to resolve. The colt cannot be disqualified until a second sample, collected at the same time as the first, confirms the positive result for the banned drug, betamethasone, a corticosteroid injected into joints to reduce pain and swelling. The results of the second test are expected in the coming weeks.

And if Medina Spirit is disqualified, Baffert will then have an opportunity to appeal.

But for bettors, this year’s Derby is over and the rules are the same as they always were: If your horse is disqualified immediately after a race, you lose your bet. But if the disqualification comes a day, a week or four years later, you get to keep your winnings.