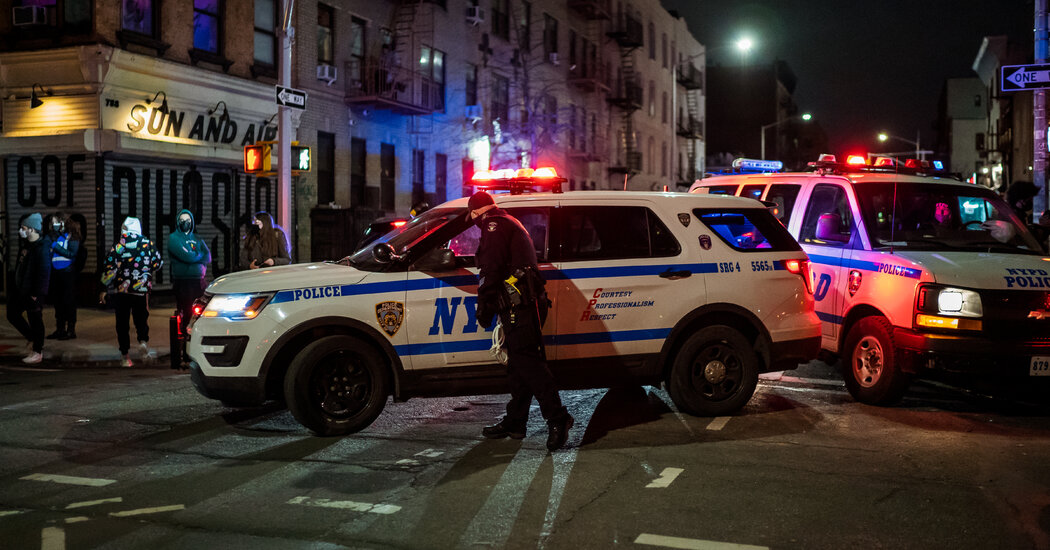 Two New York Police Department officers and a retired officer were charged Tuesday in federal court with running a yearslong bribery scheme that included kickbacks from a tow truck company and the selling of personal information of recent car crash victims to injury lawyers and physical therapists.

The retired officer, Robert Smith, is also accused of smuggling heroin for an unnamed criminal organization after he left the Police Department in March 2020.

According to court documents, Mr. Smith, 44, accepted bribes for years from an unnamed tow truck company and an unnamed conspirator, identified only as “Individual No. 1,” in exchange for enlisting the person’s tow trucks at crash scenes, subverting the department’s system for assigning tow trucks.

Mr. Smith went on to recruit two officers, Heather Busch, 34, and Robert Hassett, 36, from the same Queens precinct where he worked in the scheme, according to court records. Together, they received thousands of dollars in cash payments, much of it funneled through a locked mailbox the officers shared, the authorities said.

The officers later expanded the scheme by using department databases to identify car crash victims, whose names they funneled through the unnamed man to physical therapy offices and personal injury attorneys, according to court documents. They sold the personal information of at least 100 victims for more than $7,000, prosecutors said.

Before his retirement, Mr. Smith arranged for Officers Busch and Hassett to continue the scheme. All three officers live on Long Island.

Investigators obtained text messages in which Mr. Smith said he had engaged in shakedowns and took bribes as a police officer, saying, “Bro I robbed everyone.”

In other text messages, Mr. Smith bragged about waving his gun in front of Black residents to scare them, according to prosecutors. Mr. Smith regularly used anti-Black racial slurs and referred to the Ku Klux Klan in his text messages, prosecutors said.

After his retirement, he said that his “real” self would shine, writing in a message: “I even shaved my head. Klan.”

Mr. Smith also approached his unnamed handler and sought post-retirement opportunities to stay on the man’s payroll — including using his status as a retired police officer to help traffic illegal narcotics across the city and state, the authorities said.

In June 2020, Mr. Smith met with two drug traffickers and told them that he could carry a gun and his police identification when helping them smuggle drugs, according to prosecutors.

Afterward, prosecutors said, Mr. Smith transported a kilogram of heroin from Uniondale, N.Y., to Queens in exchange for $1,200.

Police Commissioner Dermot F. Shea said in a statement: “There is zero tolerance in the N.Y.P.D. for corruption of any kind.”

Lawyers for Officer Busch and Mr. Smith declined to comment. A lawyer for Officer Hassett did not respond to a request for comment.

A key government cooperator in the case appears to be the mysterious “Individual No. 1,” who paid out the bribes and facilitated the drug-trafficking scheme. The government’s evidence included video and audio recordings of Mr. Smith’s discussions with the individual.

During one conversation, Mr. Smith said that if he discovered the individual to be a “rat,” he would shoot him, according to a court filing.

In other recordings, the authorities said, Mr. Smith referred to himself as “one of the most corrupt cops” in the 105th Precinct in Queens and said that being a police officer spared him from being “locked up so many times.”

Federal prosecutors in Brooklyn, which brought the case, have asked a judge to keep Mr. Smith in jail, writing in a court filing that they were concerned that he could intimidate potential witnesses to prevent them from testifying. A hearing is scheduled for Tuesday.

“Given his position as an N.Y.P.D. officer, his actions constitute an especially jarring disregard for public safety, dereliction of his duty, and affront to the rule of law,” prosecutors wrote.