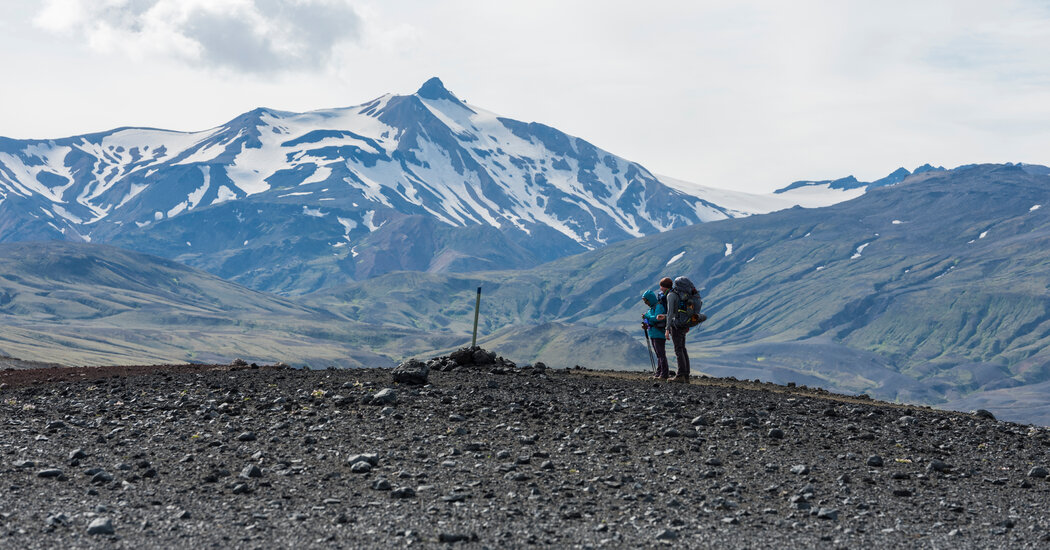 It wasn’t easy getting to Iceland in the days before Björk, before Skyr, when no cheap trans-Atlantic flight stopped there. You had to avoid the abyss at the end of the world, dodge the islands that surged suddenly out of the water and then make landfall at mountains of red-hot rock that spat fire into the heavens. Saints got there in holy dreams but nobody dared settle until A.D. 874.

This solves the first mystery about Iceland’s history: why it is short. What Egill Bjarnason sets out to explain in “How Iceland Changed the World,” his joyously peculiar book, is why it is also so full of farce and drive — why Iceland is a country with the soul of a very small town and yet can sometimes shut down the world. Bjarnason balances pride and realism so casually that you can almost take for granted a nation whose Parliament once voted to abolish the letter “z” (except in a few words such as “pizza”).

Maybe it’s the fish that give the country its special flavor. Iceland instituted prohibition in 1915, but it didn’t last; the Spanish declined to buy Iceland’s salt cod unless it continued to import Spain’s red wine, which obliged the island to keep drinking, so the islanders said. Then Iceland started to issue licenses for fishing — papers that could be traded, sold or used as financial collateral. In the early 2000s, fishing moguls poured money into the country’s newly deregulated banks. That eased Iceland, disastrously, into cod-based international finance. In the 2008 banking crisis 90 percent of its financial firms went under in a week.

Or maybe it’s a question of scale. Bjarnason portrays an island so small that it didn’t need a word for “nepotism” until 1995 because that’s just how things worked in a place where everyone is more or less related. Now there is also an app for avoiding incest at parties.

Iceland’s ambition seems to have been almost accidental. The first settlers managed in 100 years to invent a 10th-century kind of democracy because nobody had the right, yet, to be a lord or king. They sailed west looking for lands glimpsed by lost sailors, which is how they found first Greenland and then North America.

All this was happening over one of the great gaps in the skin of the earth where tectonic plates pull apart an inch a year, and molten magma feeds volcanoes. You can still bury bread to bake overnight in the hot Icelandic ground, and it’s only a half-century since NASA used Iceland’s black volcanic deserts as a substitute for the moon when training astronauts.

When these mountains blow, the world knows about it. In 2010, the ash left five million people stranded across Europe, after flying became impossible. In 1783, thanks to those same volcanoes, sulfurous fog smothered Europe, there was ice in the Gulf of Mexico and no monsoon at all in India. Iceland’s volcanoes destroyed the rice crop in Japan that year; they changed the world.

The country’s human history is not quite so impressive. Its revolution happened a couple of decades after the French one, when an English soap seller and his sailors came ashore while everyone was at Sunday services and kidnapped the Danish governor. It was a fine moment but it took decades before the locals talked about actual statehood. The first nationalists were handicapped by their habit of dying early and drunk — falling down stairs, burning up in their beds or drowning in canals.

And yet that nationalism, infused with myth and pride in the distinctive Icelandic language, also changed the world. When the United Nations was debating the partition of Palestine, someone had to chair the committee that would decide what to do; the Australian candidate backed away, as did the Thai candidate, which left the man from Iceland, which was also a new nation. His argument in favor of a two-state solution made possible the birth of Israel.

The Nazis had read the Icelandic sagas and imagined an Aryan stronghold for their U-boats; they found it hard to cope with the wandering sheep, open sewers and open mockery they met in Reykjavik. The British arrived at the start of World War II and within a year the Americans followed, and stayed. President Franklin D. Roosevelt couldn’t declare a shooting war in Europe but he could persuade the Icelanders to invite him to protect them.

In 1986, Ronald Reagan and Mikhail Gorbachev met in Iceland — an island midway between them — and almost agreed to eliminate nuclear weapons. The Russian Boris Spassky and the American Bobby Fischer went to Iceland for a Cold War chess match with Henry Kissinger intervening by phone.

Being the place in between might be the key to this very idiosyncratic history. After all, Iceland starts with sagas full of hulking homicidal heroes and ends with the world’s first woman elected head of state in a direct vote, known by her first name, Vigdis. She owed her rise to a memorable Women’s Day Off, which shut the island down in a practical proof of what women’s work is worth, and for 11 years Iceland was at the top of the league tables on gender equality. Even so, an old lady asked Vigdis on the hustings if she was still a virgin.

As one gender studies professor tells Bjarnason, with just the right note of deprecation: “Between heaven and hell, we are, of course, doing better than most places.”