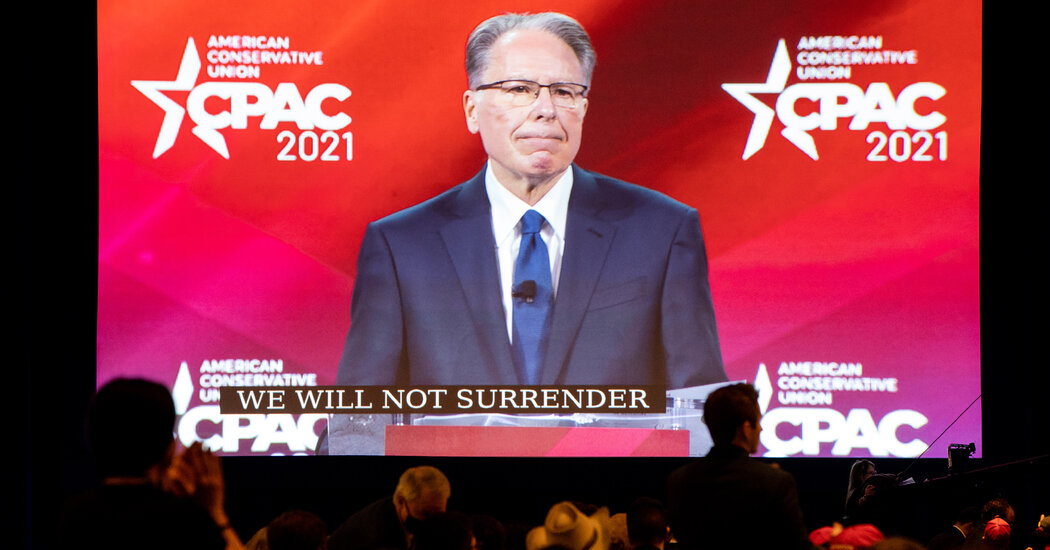 A federal judge dismissed the National Rifle Association’s bankruptcy case on Tuesday, in a blow to its embattled chief executive, Wayne LaPierre, that cast further doubt about his ability to remain at the helm.

The N.R.A. had filed for bankruptcy in January in an attempt to circumvent regulatory action in New York by the state’s attorney general, Letitia James, who is seeking to shut down the group amid a corruption investigation. Ms. James had challenged the validity of the bankruptcy filing.

Harlin D. Hale, the chief judge in federal bankruptcy court in Dallas, where the case had been filed, wrote in his decision that he agreed with the attorney general’s office “that the N.R.A. is using this bankruptcy case to address a regulatory enforcement problem, not a financial one.” He added that he did not believe the bankruptcy courts were meant to be used this way.

Judge Hale also wrote that he was troubled by the secretive manner of the bankruptcy filing, and the fact that the N.R.A.’s board of directors had not been informed in advance.

While the N.R.A. is seen as likely to appeal the ruling, the bankruptcy filing itself will become one of the latest issues to raise questions about Mr. LaPierre’s oversight of the N.R.A.’s spending. The organization has set aside $5 million for bankruptcy-related expenses thus far, and has paid its lead outside lawyer, William A. Brewer III, $72.6 million over three years as its legal bills skyrocket.

The N.R.A. was chartered in New York 150 years ago, but it filed for bankruptcy in federal court in Dallas as it sought to move its charter to Texas, where it has far more political support. But the trial underscored myriad concerns about Mr. LaPierre’s oversight. During his testimony, Mr. LaPierre said that he kept the bankruptcy filing secret from his top lieutenants, including the N.R.A.’s general counsel, and most of its board.

The N.R.A. did not respond to immediate requests for comment. Gun control groups cheered the news, though it is unlikely to have much impact on the gun debate in the short term — action on firearms is stalled in the sharply divided Senate.

“This bankruptcy was a Hail Mary attempt by the N.R.A. to avoid accountability, but the court saw right through it,” said Nicholas Suplina, a former senior adviser and special counsel in the New York attorney general’s office who now works for Everytown, the gun control group.

“The N.R.A.’s bankruptcy was unprecedented, and the court properly dismissed it for lack of merit,” he said, adding, “The road ahead for the N.R.A. just got much harder.”