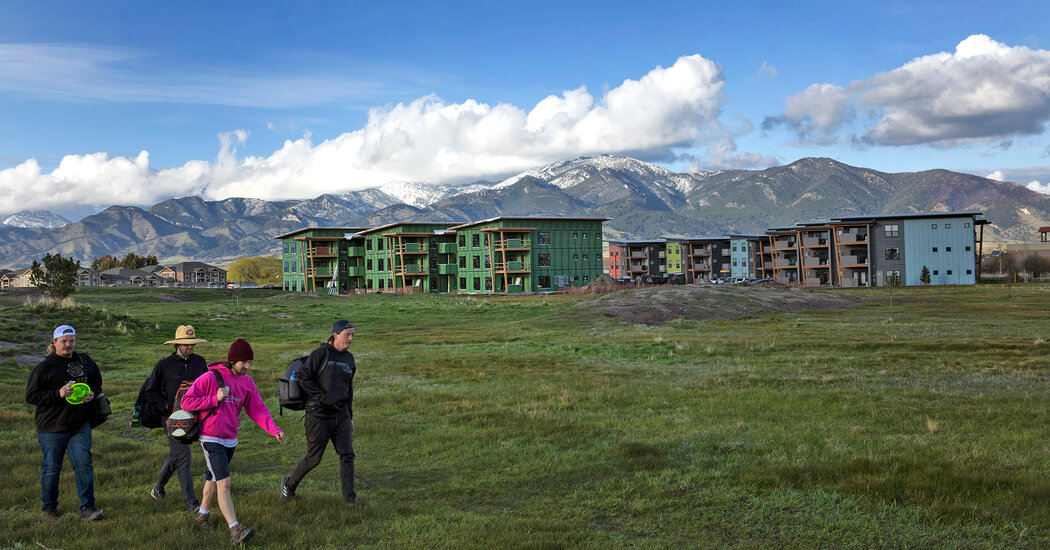 And yet romanticizing the Bozeman of yore has teeth. In his book “Equality,” R.W. Tawney figured that “individual happiness does not only require that men should be free to rise to new positions of comfort and distinction; it also requires that they should be able to lead a life of dignity and culture, whether they rise or not.”

Bozeman used to live up to that ideal. Housing was cheap and the university fostered a collective life of the mind. It resembled a quaint mountain village in a Hallmark movie, except instead of a Christmas tree lighting, the chummy townspeople would gather to watch a scratchy print of “Koyaanisqatsi.”

Paul Mason could play a show with his punk band Cratewasher, go straight from the bar to his job as a crate washer on the graveyard shift at the dairy and head home to a swell Victorian where his share of the rent was $150. His life of dignity and culture threatened no one other than the lactose intolerant.

Patrick Jobes, a former M.S.U. sociology professor who interviewed the valley’s newcomers for his book “Moving Nearer to Heaven,” pins some of the creeping income inequality on how “by the mid-’80s most of the university towns had burgeoning computer-related industries.”

Bozeman’s vanguard was the software company RightNow Technologies, founded in 1997 by Montana’s current governor, Greg Gianforte. He and his executives, including Senator Steve Daines, recruited out-of-state workers by extolling the Rocky Mountain outdoor lifestyle. Both Republicans, they ran for office as “job creators,” and rightly so; that sounds a lot better than “horsemen of the housing apocalypse.”

After the tech foothold, Pat Jobes recalls, “Many people who conveyed much of the spirit by passionately talking, singing, skiing, drinking and reading, who were surviving as waitresses and bike mechanics, were squeezed out.”

Bozeman is going to need more waitresses and bike mechanics, not fewer. Where are they supposed to live? Farther and farther outside the city limits, in condos built on the ruins of some dead Dutchman’s farm, out past the headwaters of the Missouri, where Treasury Secretary Albert Gallatin’s name was bestowed upon this valley’s river by Lewis and Clark — if anyone’s to blame for this mess, it’s those two.