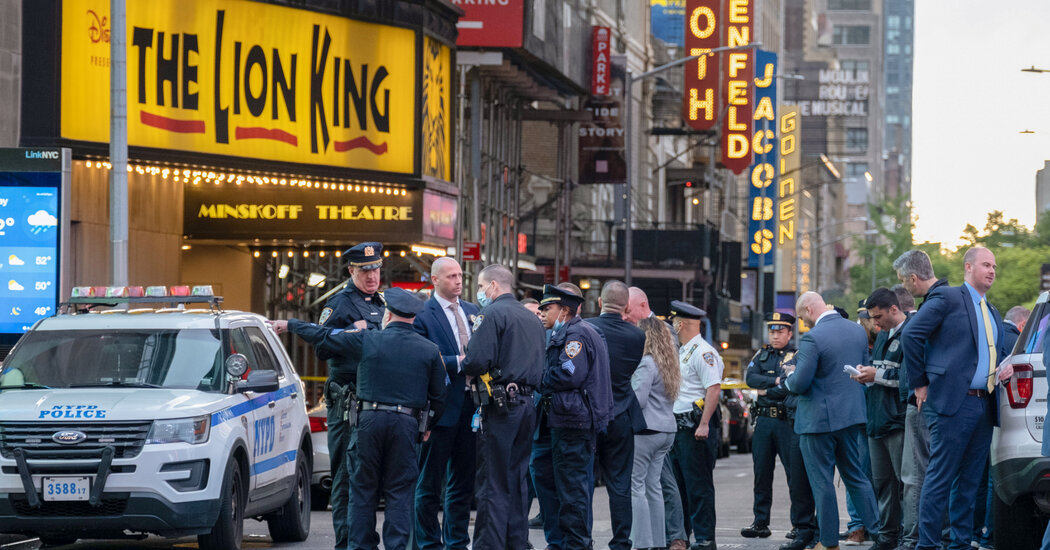 A man wanted in a weekend shooting in Times Square that injured two women and a 4-year-old Brooklyn girl was arrested in Florida on Wednesday, the police said.

The man, Farrakhan Muhammad, 32, was taken into custody by federal marshals after a four-day manhunt, a police official said. Mr. Muhammad had driven to Florida with an unidentified woman, the official said; it was unclear whether she was also in custody.

The police have said that Mr. Muhammad opened fire during an argument with his brother, missing his target and striking the 4-year-old, who was in a stroller with her family as they shopped for toys.

The broad-daylight shooting on Saturday came amid a spike in gun violence, and was in a major tourist and transit hub whose return to vitality will be crucial to New York’s broader recovery from the coronavirus pandemic.

The episode instantly pushed crime and public safety further to the front of this year’s mayoral race. The next day, Andrew Yang and Eric Adams, two of the leading candidates, gave separate news conferences at the site.

Mr. Adams, the Brooklyn borough president and a former police captain, condemned the shooting and pointed to it as evidence that justified his focus on public safety as a significant issue for New York voters.

Mr. Yang, a former technology entrepreneur, had a similar message. Like Mr. Adams, he has positioned himself as a candidate who does not embrace the “defund the police” movement.

Other candidates made similar appearances over the next few days to promote their own plans for tackling crime and the surge in shootings. As of May 9, 505 people had been shot in New York City this year, according to Police Department statistics — the most through that date in any year since 2010.

Mr. Muhammad was taken into custody by a fugitive task force made up of city and state police officers and federal marshals who had tracked him from a Manhattan hotel room to the South, where he was seen in another state on Tuesday, the police official said.

Wendy Magrinat, the Rhode Island woman who was wounded in the shooting, could not be reached on Wednesday. She previously told WNBC-TV that she had been outside a store near the intersection of Seventh Avenue and West 45th Street when she heard a scuffle just before 5 p.m. Saturday.

The next thing she knew, she said, she had been shot.

“All of a sudden I heard someone call out in a bad tone at someone,” Ms. Magrinat told the television station. “I told my husband, ‘Let’s move a little bit forward’ because he had our 2-year-old in his hands.”

She continued: “At the same moment I told him that, the shots fired. I walked a little bit and then I started screaming, asking for help.”

Ms. Magrinat said the bullet that hit her in the leg would probably remain there for the rest of her life.

“The doctors said that they wouldn’t do any surgery or take out the bullet, just because it would do more damage,” she said.

Officer Alyssa Vogel, who rushed the 4-year-old from the scene, told WNBC that the girl was extremely calm considering that she had just been shot.

“I think her being so calm is why officers were able to get her the help she needed so quickly,” Officer Vogel said.