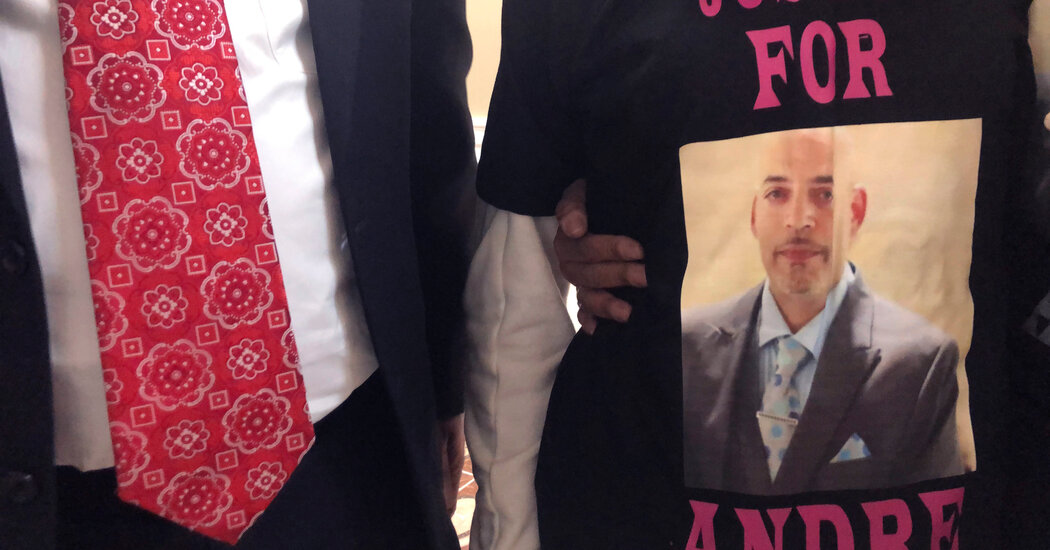 City officials in Columbus, Ohio, have agreed to pay a $10 million settlement to the family of Andre Hill, a Black man who was fatally shot by a police officer in a garage in December.

The settlement, which is set to be the largest ever paid out by the city, will now move to the Columbus City Council for a vote on Monday.

“We understand that because of this former officer’s actions, the Hill family will never be whole,” Zach Klein, the Columbus city attorney, said in a statement announcing the settlement. “No amount of money will ever replace a beloved family member’s life, but we are glad to take this step in the right direction on behalf of the City.”

Mr. Hill, 47, was fatally shot by Adam Coy, a 19-year veteran of the Columbus police, on Dec. 22, only weeks after a Franklin County sheriff’s deputy killed a Black man in Columbus, setting off another round of protests against police brutality.

Two police officers responded to a call from someone who reported a suspicious S.U.V. parked in a residential area, according to the video released. On a recording of the call, which was also made public, a man told a police dispatcher that the S.U.V. had been there for about 30 minutes, and that the car had been running for much of that time.

Mr. Coy’s body camera footage showed that he approached a garage with another officer and shined flashlights inside. A vehicle and Mr. Hill were inside. Mr. Hill, who appeared to be holding a cellphone in his hand, walked slowly toward the officers. Within seconds, Mr. Coy pulled his gun and fatally shot Mr. Hill four times. He fell to the ground.

Mr. Coy, still pointing his gun, ordered Mr. Hill to put his hands to his side and roll onto his stomach. Officers were first seen on video trying to help Mr. Hill about six minutes after he was shot. Mr. Hill died at the hospital shortly afterward. No weapon was recovered at the scene.

Two days after the shooting, Mr. Coy was fired for not immediately turning on his body camera and not providing aid to Mr. Hill. In February, Mr. Coy was charged with felony murder, felonious assault and two counts of dereliction of duty related to the shooting of Mr. Hill.

“Andre Hill should still be alive today, and no amount of money will bring him back,” Mayor Andrew Ginther of Columbus said in a statement on Friday. “My commitment to social justice, racial equity and healing in our community remains unwavering.”

At a news conference on Friday afternoon, Benjamin Crump, a lawyer for the family, thanked the city’s leadership for settling the case so quickly and for establishing the new precedent “that we will value all life equally.”

“Karissa can tell her three children that your grandfather made history today in partnership with the city of Columbus, to say that his life mattered,” Mr. Crump said, referring to Mr. Hill’s daughter and grandchildren. “It would not be swept under the rug, that we will remember his legacy.”